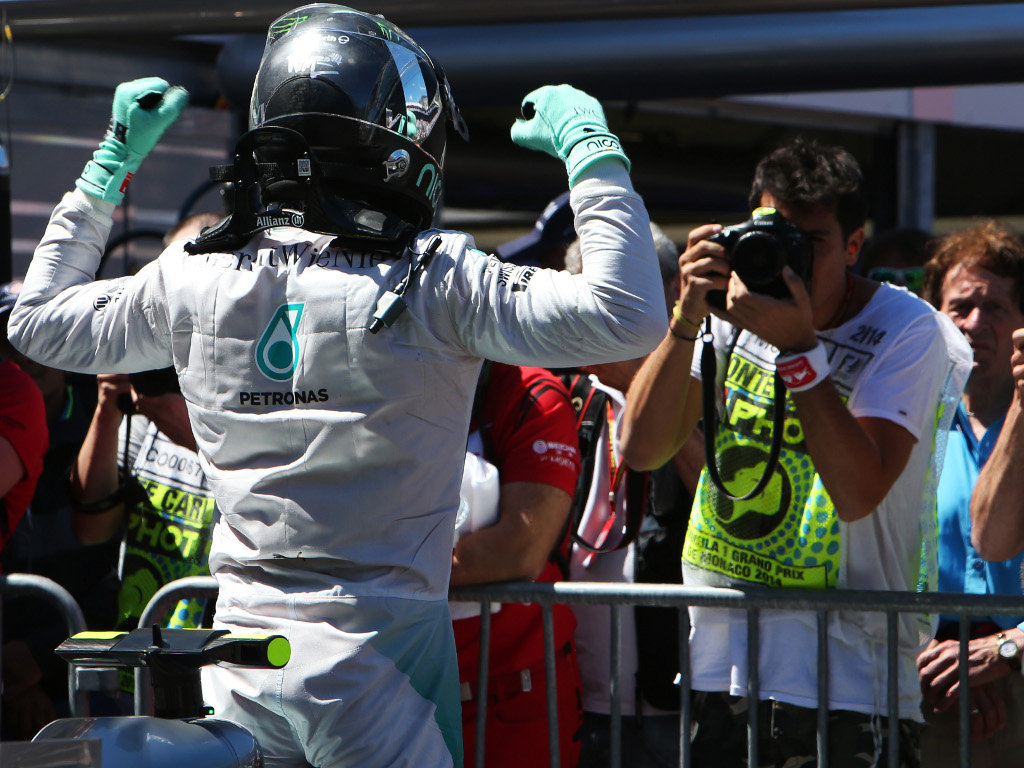 Nico Rosberg could yet be stripped of his Monaco Grand Prix pole position, turning his “very happy” into very, very sad.

The Monte Carlo stewards have summoned Rosberg for an incident in Q3 that prevented others from fighting for pole position.

Holding a 0.059s advantage over Lewis Hamilton on the timesheets, Rosberg lost control of his W05 and ended up halfway up an escape road at Mirabeau.

That brought out the yellow flags which meant no one behind him on the track could improve their times.

And that meant Hamilton, Rosberg’s only serious challenger, had to slow down despite being up on his team-mate’s time on that lap.

The stewards have now officially launched an investigation.

This is not the first time a driver has been accused of deliberately bringing out the flags to hold onto pole position.

In 2006, Michael Schumacher was found guilty of doing just that at Rascasse and was stripped of his P1.

Speaking before news of the investigation broke, Rosberg shared his joy with those in the post-qualifying press conference.

“Very happy to start from pole position,” he said.

“It is going to be a long race tomorrow and there is supposed to be some weather coming in so we are not sure if it will stay dry or not.

“Of course this is the best place to start in so we’ll try get a good start because that has been our weakness.

“We have worked on it a lot so I’m quite confident we have the start sorted now so that should be okay.

“From there on we’ll try take care of the tyres, tyres will be very important as always in a Monaco GP.

“From there we should be okay.”