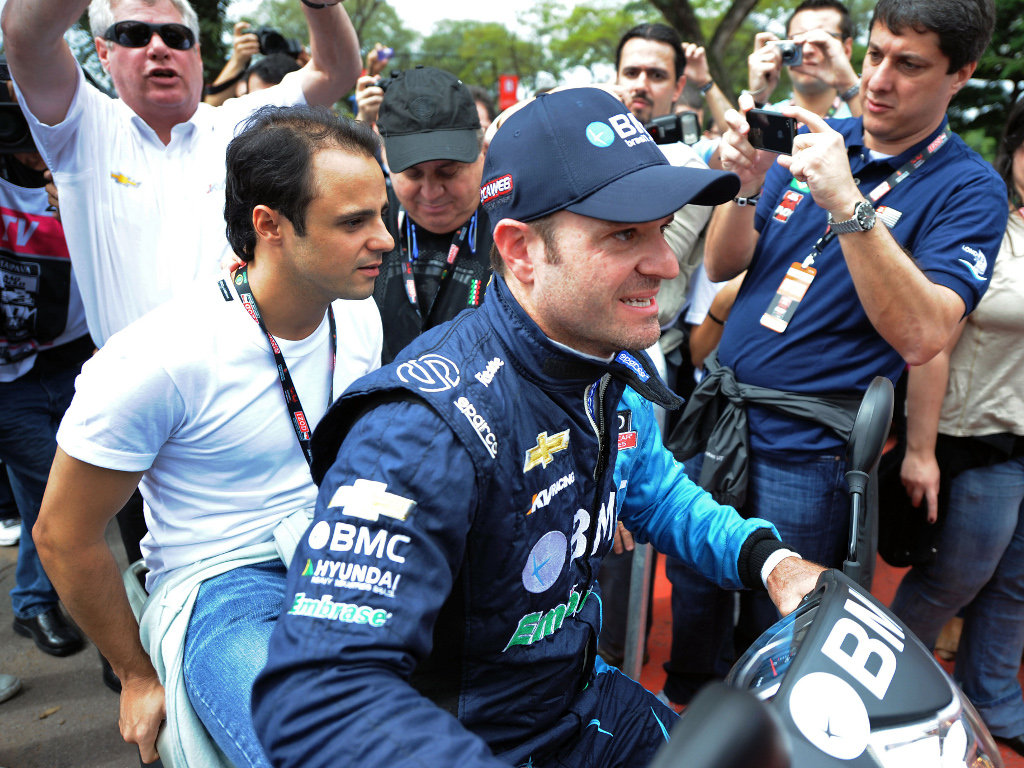 Rubens Barrichello is adamant his compatriot Felipe Massa has a long career ahead of him in Formula One.

Following a disappointing 2011 campaign, Massa entered this year’s Championship in desperate need of a strong start. However, that did not materialise.

The Brazilian failed to score in the opening three races before finally putting his name on the board at the Bahrain GP when he brought his F2012 home in ninth place.

That earned him two points, a marked difference to the 43 his team-mate Fernando Alonso has scored in the first four races.

And with Massa visiting his friend and former F1 driver Barrichello at the Sao Paulo IndyCar event this past weekend, rumours immediately surfaced suggesting that the Ferrari driver was looking at alternatives.

Barrichello, though, has denied this, adamant Massa has a future in Formula One.

“He came here because I invited him,” Barrichello told Autosport.

“It was a pleasure to receive him. He stayed on the pit wall with the team radio, living a totally different experience compared to F1.

“And different to what many people think – he was not here looking for a job. This guy will race a lot more in F1.”

Barrichello also imparted a bit of advice, saying that “t face a problem, you have to smile and be happy with yourself before handling the situation.

“The important thing is what is inside him, and he seems relaxed. He was happy to be here.”