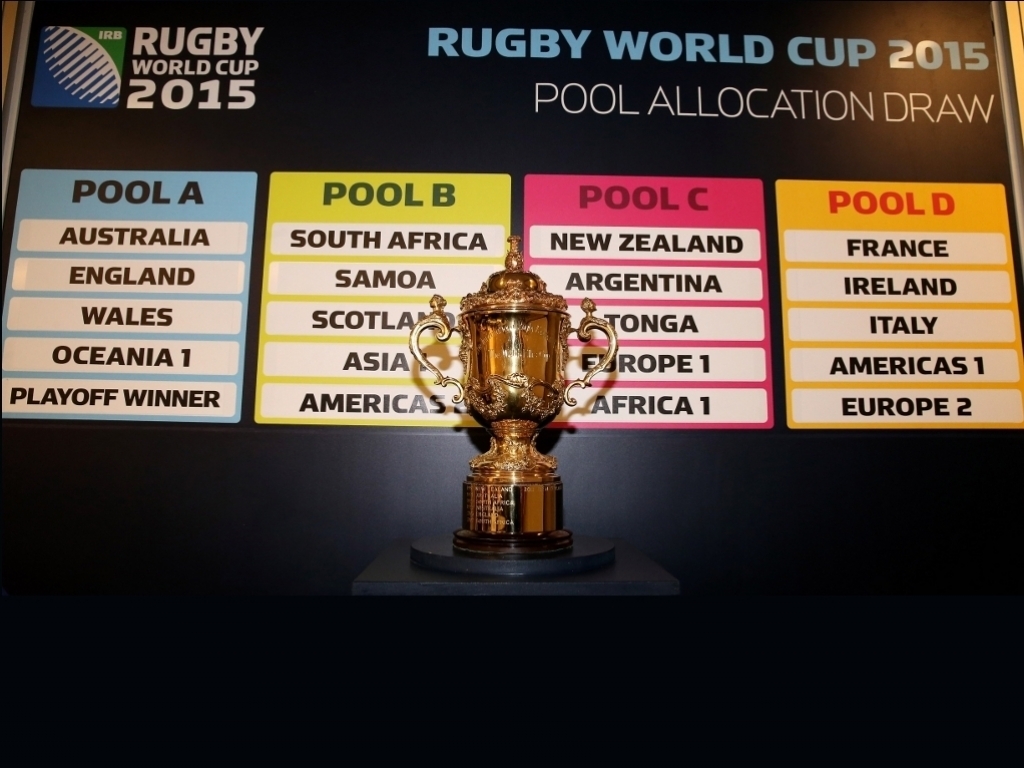 With the biggest event in the history of the sport now just weeks away, we preview each of the four pools at the 2015 Rugby World Cup.

The pool allocation draw took place way back in December 2012, meaning that the current rankings have little to do with the distribution of strength across the four groups.

Hosts England have been drawn in the toughest of groups while defending champions New Zealand will expect to maintain their record of never having lost in the pool stages.

Prediction: Home advantage and a good recent record for England against Wales and Australia should see them finish top, while Australia’s head-to-head record with Wales gives the Wallabies the edge to sneak into that runners-up place, possibly after a very tight deciding game to round out the pool. Fiji should defeat Uruguay to avoid bottom spot in Pool A.

Prediction: No doubt about the favourites to win Pool B as South Africa should comfortably finish top. The weather could play a massive role in the battle for second place and if Samoa are greeted by a slippery night in Newcastle, Scotland may just sneak through. Japan to edge out the USA for fourth spot.

Prediction: New Zealand should top the group comfortably enough, beating Argentina in the first match before cruising through the remaining games. Argentina will be too strong for Tonga, while Georgia will have to settle for a win over Namibia despite giving the Tongans a scare first up.

Prediction: We expect Ireland to build throughout this pool as simple victories should come against Canada and Romania before they meet Italy and then the French. While they have three fewer days rest before their finale on October 11, Ireland should edge les Bleus for the all-important top spot.