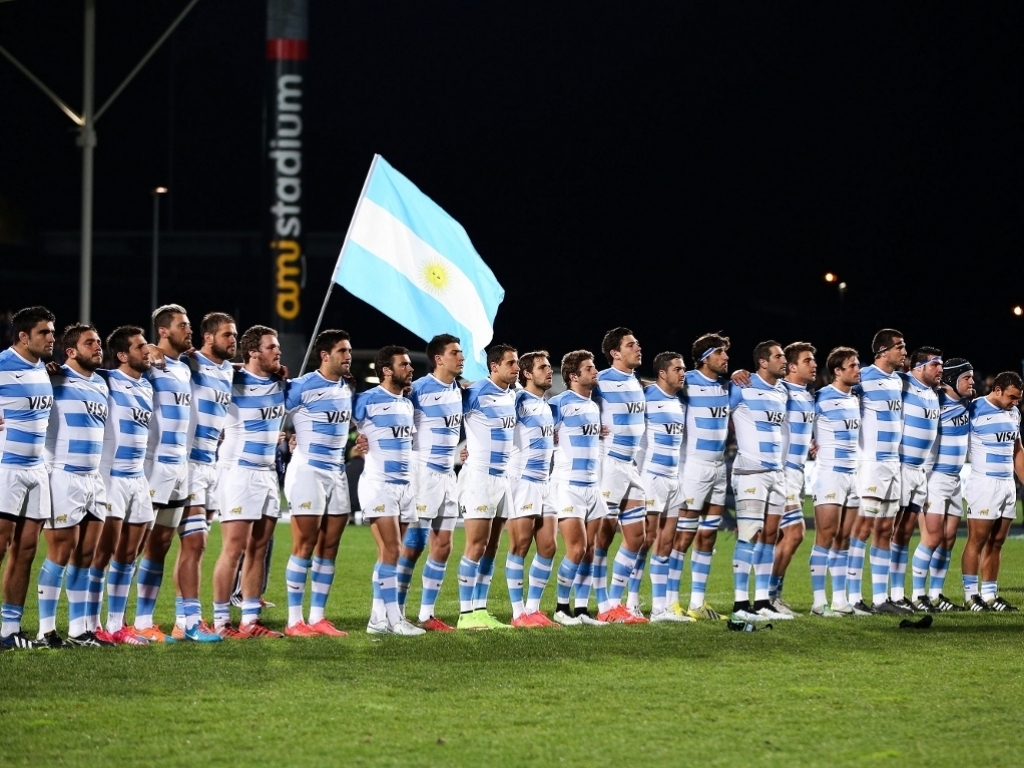 With the 2015 Rugby World Cup now just days away, we take a closer look at each of the competing nations. First up…

World Cup track record:
Argentina's stunning semi-final place in the 2007 Rugby World Cup remains their best finish to date, when a star-studded side at their peak shocked France in the opening match of the tournament and went on to reach the last four, eventually finishing third. Of the seven tournaments they have played in, they have only qualified for the knockout stages three times.

2011 World Cup: Coming off the high of four years earlier with that shock finish in France, Argentina were still a side in development four years ago after the retirements of a number of top players. Argentina finished second in Pool B behind England after defeating Scotland, before being knocked out in the quarter-finals by hosts and eventual champions New Zealand in a 33-10 defeat.

Form: Argentina finished third in the recent Rugby Championship after an oustanding 37-25 victory over South Africa in Durban. Unfortunately they couldn't back that up on home soil in their international fixture against the Boks in Buenos Aires but they have shown they can beat the best, which is hugely promising news for the squad as they look to enjoy a similar World Cup to 2007. Argentina enter the tournament confident.

Coach: Promoted to the role of head coach in 2013 just before the Rugby Championship, Daniel Hourcade established his reputation in Argentina during his success with the Argentina Jaguars, the country's 'A' team. Hourcade's coaching career began at the Universitario de Tucumán before he left to join the Argentina U21 side. A stint with the Sevens side followed before Hourcade worked in Portugal, as assistant coach for the national side during the 2007 Rugby World Cup. Hourcade returned to Argentina in 2010 to start his work with the Jaguars and later the Pampas XV who competed in South Africa's Vodacom Cup. He then replaced Santiago Phelan in 2013, guiding the side to a first Rugby Championship victory the following year over Australia.

Captain: Argentina captain since 2014, Agustín Creevy has played for Los Pumas since 2005 and spent the first years of his international career as a back-up to Argentina's most-capped player at World Cups, Mario Ledesma. Creevy's club career started with Biarritz in France, before stints playing for the Pampas XV in South Africa where he worked with future Argentina head coach Daniel Hourcade. A brief stint with Clermont followed before Creevy moved to Montpellier, his third French club, in 2011. Two years later Creevy was signed by English club side Worcester Warriors, helping the club win promotion to the Premiership at the end of 2014/2015 in his final match before joining Argentina's Super Rugby franchise for 2016. With Los Pumas, Creevy's first cap came eight years after his debut, against Australia in Perth in 2013. His first Test tries came in a double against the All Blacks in 2015. While he has played most of his senior career at hooker, Creevy started off as a back-row.

Key players: Huge power at the scrum has become a major weapon in Argentina's arsenal, but for that they require world class players to work with Creevy. Step forward Marcos Ayerza, the Leicester prop who is regarded by many as the best loosehead in the world. Ayerza has proved to be a fine successor to Rodrigo Roncero and his combination with Creevy and rising star Ramiro Herrera on the other side of the scrum make Los Pumas a major force in that area. In the back-row, Juan Martín Fernández Lobbe will be playing in his third Rugby World Cup. The Toulon back-rower brings not just great leadership to the side but also a top skill-set with the ball in hand, at the breakdown and the lineout. He always seems to inspire his team-mates.

Out in the backs Argentina have boasted a string of excellent fly-halves over time with Hugo Porta, Gonzalo Quesada and Felipe Contepomi. Nicolás Sanchez is the next in line and the Toulon number ten will be relied on just as much for his goalkicking as his playmaking ability to get Argentina on the attack. He was regarded as the best fly-half in the 2014 Rugby Championship ahead of some esteemed rivals. If Argentina's pack can win enough quality ball for Sanchez then he will be able to bring the likes of Joaquin Tuculet and Marcelo Bosch into the game regularly. Bosch has the extra weapon of a long-range boot which has landed key penalties in the past.

Profile: Despite possessing some talented backs over the years, Argentina have traditionally relied on a powerful set-piece and the boots of their half-backs to get on top of sides during international matches, preferring to grind down their opponents through exerted pressure and the battle up front.

No other side from the Americas has been more successful to date than Argentina, who regularly defeat countries such as Brazil, Uruguay and Chile by large margins when the countries meet. A breakthrough at the 1999 Rugby World Cup when they made the quarter-finals and a draw with the British and Irish Lions in 2005 all propelled Argentina forward.

Winning at Twickenham against England in 2006 was another statement. Ever since their startling World Cup success in 2007, when they finished third, Argentina have been one of the game's major sides. Great players have passed through the side over time, perhaps none greater than the legendary scrum-half Agustín Pichot, and now with Argentina competing in the Rugby Championship on an annual basis alongside New Zealand, Australia and South Africa, the team is only going to get better and better. They are one of the most exciting emerging countries in the game today.

Prospects in 2015: A few months before an Argentinian franchise plays in Super Rugby or the first time, the best is yet to come for Los Pumas. Grouped with the All Blacks they should expect to make the quarter-finals in second spot, but it may be too early for World Cup or Rugby Championship success.