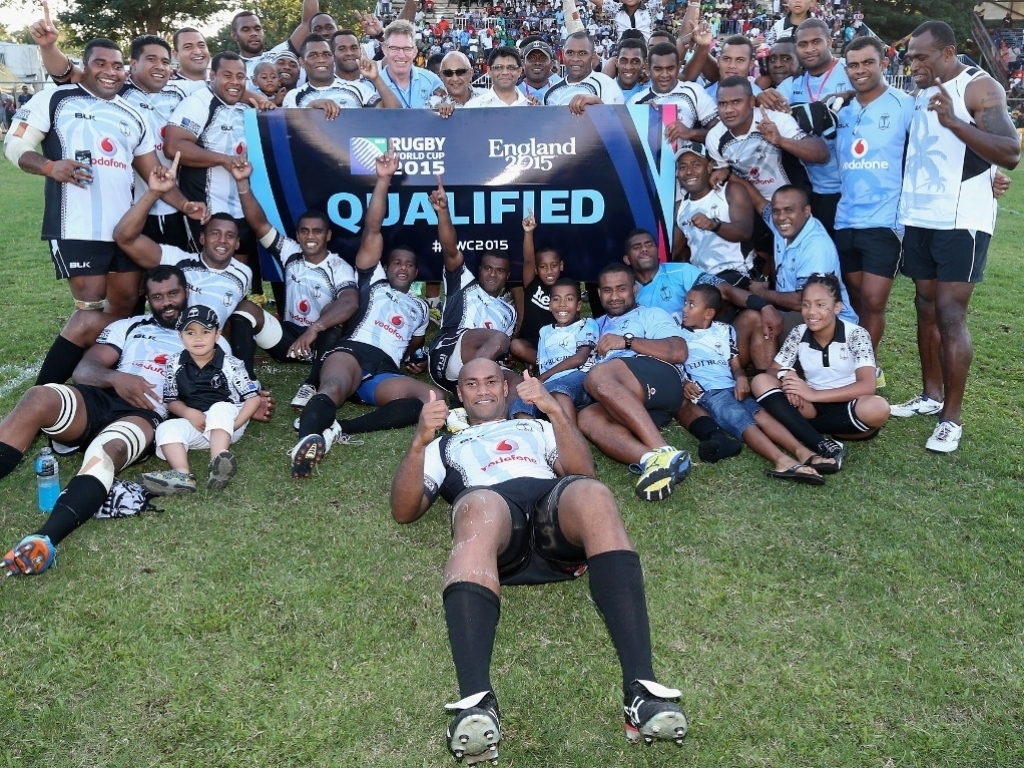 World Cup track record:
Famous for their track record in the Sevens form of the game, Fiji have played in six of the seven Rugby World Cups to date, only missing out on the 1995 tournament when they failed to qualify. Their best finish has been reaching the quarter-finals on two occasions, in 1987 and 2007.

2011 World Cup: Having qualified for the knockout stages and then pushed South Africa close in the quarter-final in 2007, big things were expected of Fiji going into the tournament four years later. Fiji were grouped with South Africa and Wales but were unable to repeat their heroics from four years earlier. A convincing 49-25 win over Namibia in the first game was the perfect start but from there Fiji were well-defeated by South Africa 49-3 and 66-0 by Wales, losing to Pacific Island rivals Samoa 27-7. Fiji finished in fourth place as a result, missing out on automatic qualification for the 2015 tournament.

Form: Fiji head into this year’s Rugby World Cup on the back of some very impressive performances in the Pacific Nations Cup, the competition between themselves, Samoa, Tonga, USA, Canada and Japan. Fiji clinched the title after defeating Samoa in the final and were unbeaten throughout the competition. Their form in PNC has led to Fiji being tipped by many pundits to cause a few upsets in the World Cup group stages, with the likes of Niko Matawalu and Leone Nakarawa impressing in particular as dangerous attackers.

Coach: Fiji’s obvious improvement in recent times is largely down the work done by new head coach John McKee. He was originally appointed as a High Performance Unit general manager before taking over the coaching of the national side when Inoke Male was sacked. McKee’s career began in the 1990s in Australia before joining Clermont in France for two years before heading to Ireland with Connacht and then England with Cornish Pirates. He has also worked with the Pacific Islanders, Australia U20s and was a technical advisor for Tonga at the 2011 Rugby World Cup. McKee’s real success though has been with Fiji, leading the team to their first win over a Tier 1 side in seven years in 2014 when they defeated Italy before helping the team qualify for the 2015 Rugby World Cup.

Captain: Having made his name in England, Akapusi Qera has gone on to play in the Top 14 in France before being named Fiji captain in 2013. His career began in England with Pertemps Bees before a switch to the top flight with Gloucester, where he spent seven years from 2007-2014 and made over 140 appearances for the Cherry and Whites, becoming a club favourite. An imposing presence at 194cm and 112kg, the Suva-born back rower left England to join Toulouse in 2014 for six months before signing for Montpellier. With Fiji, Qera has always been destined for the top.

He was named Fiji Player of the Year in 2007 and stood out at the Rugby World Cup in that same year, scoring two tries in a win over Japan and another in the famous win over Wales to make the quarter-finals. Qera first captained Fiji in 2009 and featured in the 2011 World Cup. A ferocious competitor both with his tackling and work at the ruck area, Qera will provide the rest of the Fijian side with plenty of inspiration at this year’s tournament.

Key players: Fiji, true to their history, possess plenty of dangerous backline players, but none are more lethal than Nemani Nadolo. The Crusaders winger is a huge player for Fiji not just because of his tackle-busting runs, but also his goalkicking and versatility to play either in midfield or out wide. Nadolo has produced a number of outstanding tries in the last few years and will give the likes of Australia, England and Wales plenty to worry about in this year’s World Cup pool stage. Up front Fiji will look to their athletic forwards Leone Nakarawa and Dominiko Waqaniburotu to not only match the opposition physically but also for their offloading game, which has proved to be very effective at unlocking defences. Nadolo meanwhile is joined in the backs by a whole group of rapid and powerful players – the likes of Vereniki Goneva (who scored four tries in 2011), livewire Metuisela Talebula and Josh Matavesi are both key figures who can score tries from anywhere.

Profile: Talent in Fiji has never been in short supply. In fact the problem for Fijian rugby in recent decades has been watching top prospects move away from the island to play for other nations, pre-dominantly Australia and New Zealand. Joe Rokocoko, Sitiveni Sivivatu and Lote Tuqiri are just three names that fit that profile but despite their absence Fiji have gone to achieve noteworthy success and produce famous players of their own like Rupeni Caucaunibuca, Nicky Little and Sireli Bobo who have played key roles for Fiji at Rugby World Cups.

That 2007 quarter-final remains Fiji’s high point in international rugby because of the dramatic way they progressed from the group stages and thanks to their entertaining style of play. The current crop, spearheaded by Nadolo, will certainly carry that into this year’s Rugby World Cup. Fiji however have traditionally struggled to keep up with the top sides in the world at the scrum and the lineout, which could prove to be an issue once again despite the progress that McKee and his coaching staff have made in a relatively short period of time. Fiji’s players have enough experience of playing in Europe to master the conditions during the tournament, but they will need a solid structure and good leadership from the likes of Qera and Nadolo is they are to cause a major shock.

Prospects in 2015: There’s little doubt that Fiji will be one of the most attractive sides to watch at the World Cup and while they might make England, Australia and Wales sweat at times, progressing to the knockout stages seems unlikely. They are absolutely improving though.