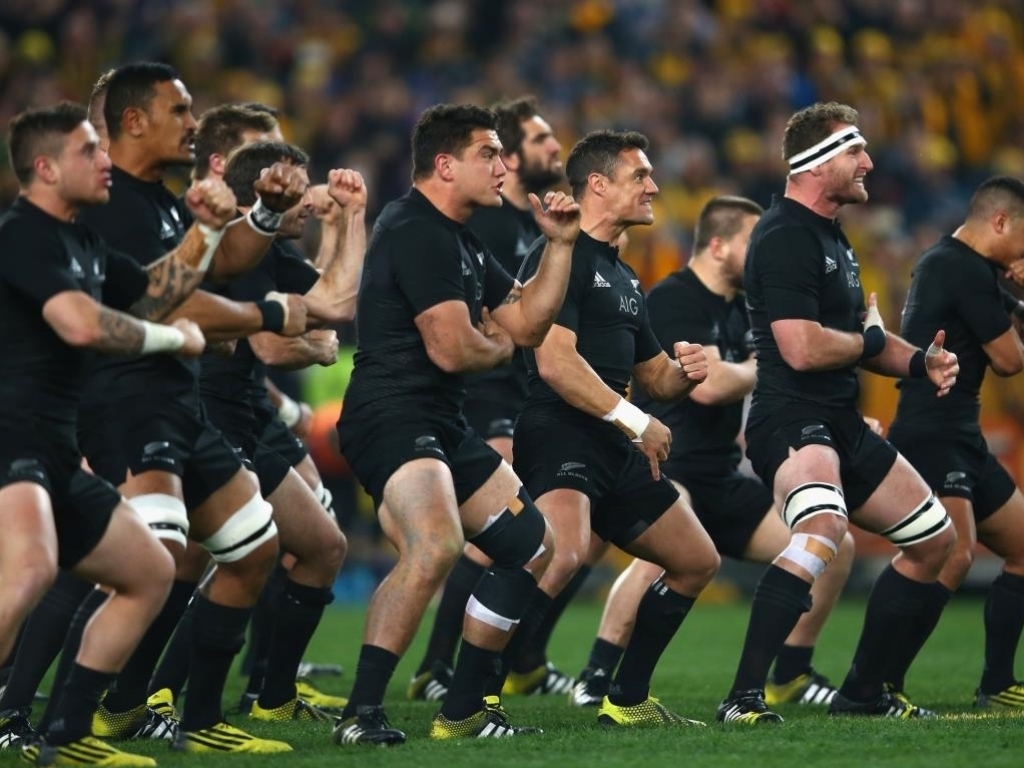 World Cup track record:
Two-time World Cup champions, New Zealand won the first and most recent tournaments in 1987 and 2011 with both titles coming on home soil. They have come close on many occasions, playing in the 1995 final and losing to South Africa, and will be the favourites to retain their title at the 2015 World Cup given their ranking as the number one side in the world.

2011 World Cup:
After several chances to regain their crown the All Blacks finally ended two decades of hurt by defeating France 8-7 in the 2011 Final thanks to a try from Tony Woodcock and the boot of fly-half Stephen Donald, their fourth number ten used in the tournament after injuries to Dan Carter, Aaron Cruden and Colin Slade. The All Blacks opened the group stage with a 41-10 win over Tonga, before thrashing Japan 83-7. The key group games was always going to be against France but New Zealand were comfortable 37-17 winners, before rounding off the group with a 79-15 win over Canada. Finishing top of Pool A with maximum points, New Zealand defeated Argentina 33-10 in the quarter-final before a 20-6 triumph over old rivals Australia to make the final.

Form: The All Blacks have lost just three of their 54 games over the past four years. 2015 has seen victories over Samoa, Argentina and South Africa before defeat to Australia saw them concede the Rugby Championship title. The bounced back in emphatic style though, with their 41-13 win over the Wallabies in the Bledisloe Cup rematch their most result.

Coach: Steve Hansen was an assistant coach for the All Blacks in 2011 when they clinched their second Rugby World Cup title. A centre for Canterbury during his playing career, Hansen started his coaching career with the same side in 1996 and clinched two National Provincial Championship titles whilst working as an assistant coach for the Crusaders. Hansen took charge of Wales in 2002, taking over from future All Blacks coach Graham Henry.

Hansen coached Wales at the 2003 Rugby World Cup before stepping down in 2004. He returned to New Zealand and became Henry’s assistant coach with the All Blacks, as the side won multiple Tri-Nations titles but crashed out of the 2007 World Cup at the quarter-final stage. After their success in 2011, Hansen took over from Henry as head coach, guiding the All Blacks to an unbeaten year with 14 wins from 14 Tests in 2013. Hansen goes into the 2015 tournament having been involved with the All Blacks for over a decade and with experience of coaching at three World Cups, with New Zealand remaining the number one side in the world during his time in charge, losing just two Tests – against England in 2012 and South Africa in 2014.

Captain: Regarded as the greatest openside flanker to ever play the sport, Richie McCaw holds the record for the most Test caps and the most Test wins in an illustrious career. McCaw has played all his rugby in New Zealand, making his debut in 1999 for Canterbury and appeared for the Crusaders for the first time in 2001. He made his international debut that same year against Ireland in November, being named Man of the Match. He went on to play in every game of the 2003 Rugby World Cup. He was named New Zealand captain in 2006 and won the IRB Player of the Year award that same year, leading the All Blacks at the 2007 Rugby World Cup.

Despite that disappointment McCaw was retained as captain and led the All Blacks to glory in 2011, becoming the first New Zealand player to win 100 caps. McCaw continued to lead the side successfully up until the 2015 World Cup, including an unbeaten year during 2013. Renowned for his skills at the breakdown and tough style of play, McCaw has an impressive collection of winners medals and awards to his name including the World Cup, being a three-time IRB Player of the Year, nine Tri-Nations/Rugby Championship titles and four Super Rugby championships all on his mantelpiece.

Key players: New Zealand arrive at the Rugby World Cup with the most complete squad of any side competing in the tournament, along with having the biggest number of Test caps. Several players who lifted the 2011 Rugby World Cup remain, including key figures like McCaw, Dan Carter, Kieran Read and Conrad Smith. Carter missed the latter stages four years ago through injury but has recaptured his best form in 2015, while Read is regarded by many as the best number eight in the world and was named World Rugby Player of the year in 2013. Aaron Smith is regarded as the best in the world in his position and lifted the Super Rugby title in 2015 with the Highlanders – with his sniping runs and distribution taking the All Blacks to another level. Elsewhere, Dane Coles has a major role to play at hooker with the All Blacks lineout occasionally struggling but he will combine with the 2014 World Rugby Player of the Year, Brodie Retallick, who has been the rising star in New Zealand since making his debut in 2012. The All Blacks can attack from anywhere but it helps to have a phenomenal athlete out on the wing in the figure of Julian Savea, a wrecking ball blessed with speed who has been compared frequently to the great Jonah Lomu.

Profile: The All Blacks are arguably the biggest rugby brand in the world, with their fame extending outside the sport and attracting worldwide fame down to their success, famous kit and of course the haka, a pre-game traditional war cry that has evolved into one of the most recognisable sights in world rugby. No side in history has achieved more Test victories than the All Blacks, being the only side to have achieved more than 400 Test wins, and having won over 75 percent of their matches since 1903.

Despite that dominance however New Zealand have only won two of the Rugby World Cups, with any failure to win the tournament being regarded as a major disappointment. They are also yet to win a World Cup overseas, something that every other side to win a Rugby World Cup has already done. For that reason questions have been raised in the past about the composure of the All Blacks in big matches at World Cups, although those are now fewer in number after their triumph in 2011.

Finding a weakness in New Zealand’s game is no easy task as they rain strong across the board in terms of attack, defence, tactics, personnel and coaching. The side have long played with a recognisably attractive style, using plenty of pace to move the ball around and producing an effective offloading game to unravel defences. As well as boasting tough forwards over the years including McCaw, Colin Meads and Sean Fitzpatrick, the All Blacks have also been heralded for their exciting backs including Jonah Lomu, Christian Cullen, Joe Rokocoko to the present day with Julian Savea and Ben Smith. In the shape of Dan Carter they also have the leading international points scorer of all time.

Whether in a battle at the scrum or breakdown or through scoring tries out wide, New Zealand always seem to find a way to win. There is plenty to like about the All Blacks, except if you’re playing against them.

Prospects in 2015: New Zealand will go into the Rugby World Cup as favourites given their number one world ranking and having only lost two Tests since their last World Cup win four years, making them the team to beat. A potential semi-final against South Africa and final against England however will be tough clashes.