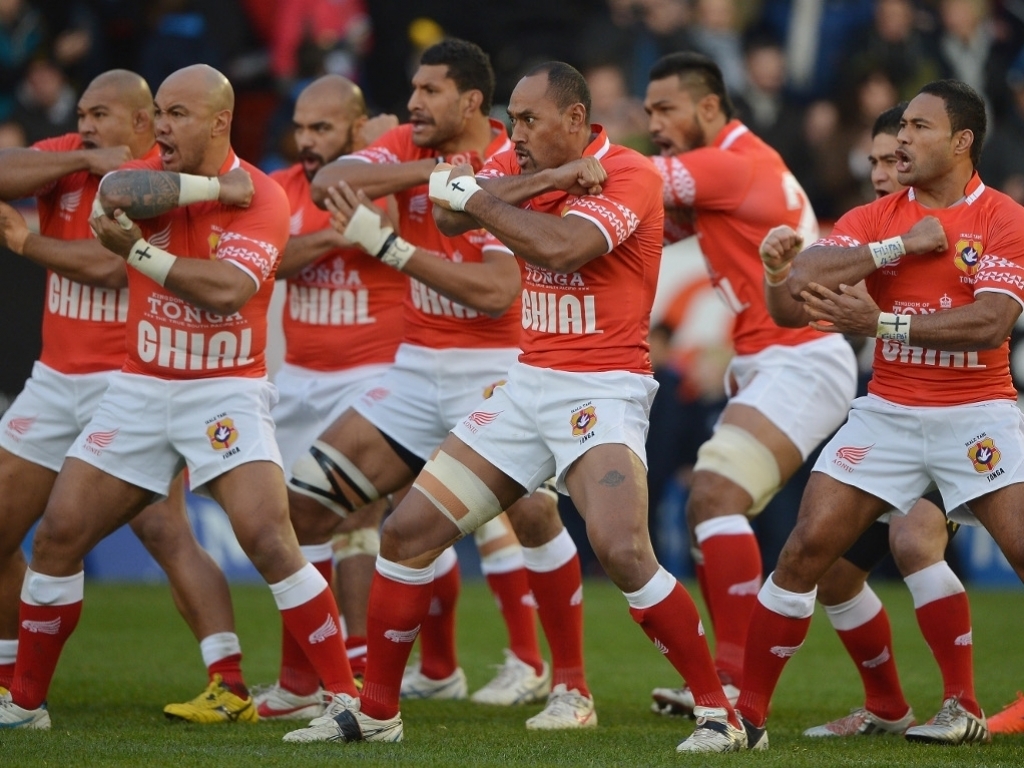 World Cup track record: It's only really in the last two tournaments that Tonga have made any impact at the Rugby World Cup, with their crowning achievement undoubtedly coming four years ago. After playing in the opening game of the tournament against New Zealand, Tonga rounded off the pool phase with a shock win over France. It wasn't enough to get to the knockout stages, but for the second tournament running, Tonga managed two wins, having managed only two in total in their first four participations.

2011 World Cup: It was a case of what might have been in 2011 for Tonga, who slipped up in their second game against Canada after a quick turnaround from their defeat to the All Blacks. That left them up against it in the race for a play-off spot, with only a bonus-point win over France in the final game enough to see them through. They couldn't manage that, but did pull off an historic win over the eventual finalists, with an epic series of defensive scrums on their own line, the abiding memory of the success.

Form: It has been an impressive past couple of months for Tonga as they are on a three-game winning run, after beating Canada, USA and most recently Japan. Their only other international match in 2015 came against Fiji when they went down 30-22 in a close-fought fixture in Suva.

Coach: The man in charge for Tonga at the World Cup will be Mana Otai a former international flanker, who won five caps for his country and captained them at the 1995 World Cup. He is notable for the fact that he captained Tonga in every game he played for them. He took over from Isitolo Maka in 2012 having previously spent time working at club level in Auckland. It hasn't all been plain sailing for Otai, who only got a contract extension taking him through to the World Cup last year. Tonga have enjoyed some success since he took over though, most notably a win in Scotland in 2012.

Captain: As he did at the last two World Cups, Nili Latu will lead Tonga, with the veteran openside still arguably his country's most important player. Now 33, he has previously spent time playing at ITM Cup level in New Zealand with the odd game in Super Rugby, before moving to Japan to play for the NEC Green Rockets in 2007. After the World Cup he will head to Newcastle – where Tonga play their final group game against New Zealand – to play in the Premiership. Vastly experienced, Latu will join Hale T Pole and Viliami Ma'afu in the back-row, one of Tonga's main areas of strength heading into the World Cup.

Key players: Powerful second-row or back-row Steve Mafi will be a familiar sight to Leicester Tigers fans after four years with the Premiership side, while he impressed this season after heading to Australia to play for the Force. Usually a lock for Tonga, his athleticism is invaluable to the side, offering another carrying option.

Elsewhere veteran scrum-half Taniela Moa will be hoping to take his club form onto the international stage, and is one of Tonga's most experienced players. Very much a ninth forward in terms of his style of play, Moa currently plies his trade for Pau in France, and helped them gain promotion to the Top 14 this season. Previous Super Rugby experience with the Blues and the Chiefs shows what he is capable of, and his partnership with either Latiume Fosita or Kurt Morath will be vital.

Profile: Historically the third best of the Pacific Island sides, Tonga have struggled for success against tier one teams, with a win over Australia in 1973 their only victory against a major nation until 1999. They have two wins against France to their name, and a success over Scotland in 2012, to date their sole win against a tier one team on European soil. Jonah Lomu is famously of Tongan origin, albeit born in New Zealand, while Isitolo Maka, Willie Ofahengaue and Malakai Fekitoa are among those born in Tonga to have played international rugby abroad.

Tonga have in the past got into trouble for their overly-aggressive tackling, with coach Mana Otai speaking out about what he perceives as unfair treatment for his team in comparison with other sides. While his accusations of racism may have gone too far, there is no doubt the stereotype of big-hitting Pacific Islanders counts against Tonga. They are one of just two sides to have picked up three red cards in World Cup history.

Traditionally Tonga are known for having a big pack, but don't have quite the same electric backs that closest rivals Fiji enjoy. They should still play a similarly open game though, with numerous big running options in their pack.

Prospects in 2015: New Zealand will be untouchable in Pool C, while Argentina should prove too strong as well. Realistically it should come down to a battle for third with Georgia, with the two sides meeting in the opening game. If Georgia keep it tight, they may well win, so Tonga will know an open game is the key to securing qualification for next year's tournament.