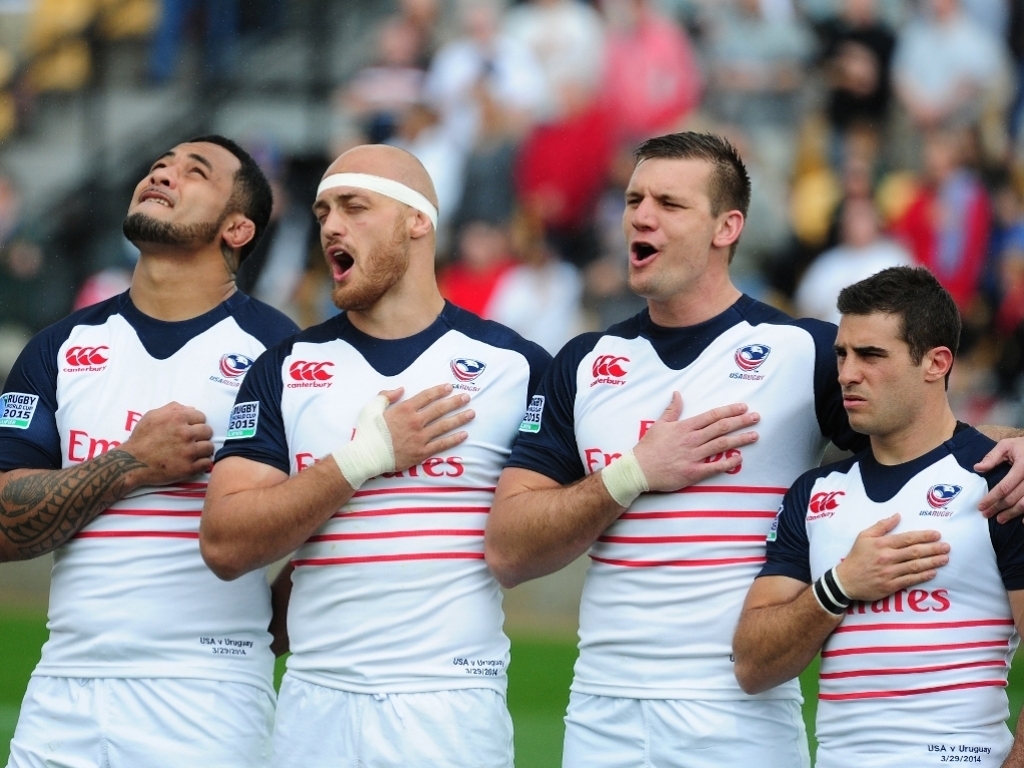 World Cup track record: USA have only missed one World Cup, failing to qualify in 1995, but their record in the event itself is poor, with just three wins from six editions, and having never made it to the knockout stages. Their only wins have come against Japan, twice, and Russia, but they have come close to beating both Fiji and Samoa at the 2003 and 2007 tournaments respectively.

2011 World Cup: The event in New Zealand was about par for the course for the Eagles, beating Russia, who were rannked below them, but losing their three remaining games. Their opening loss to Ireland, 22-10, was closer than many expected, denying the Irish a bonus point, before they beat the Russians 13-6 in a hard-fought game. After a thrashing from Australia, they were also comfortably beaten by Italy in the final pool game.

Form: A mixed year for the Eagles has seen back-to-back wins over neighbours Canada and a 23-18 victory RWC pool rivals Japan but also high-scoring defeats to Tonga and Samoa in the Pacific Nations Cup. A 24-29 loss at home to English club Harlequins, who were without their England internationals will have come as a concern.

Coach: Former Eagles defence coach Mike Tolkin took over the top job in 2012 after the the last World Cup. One of the strengths of USA's campaign had been their defence, with Ireland and Italy both struggling to break them down. An English teacher, Tolkin also spent a long time coaching at club and high school level in New York. His appointment marked a change of policy from USA rugby, taking over from Irishman Eddie O'Sullivan, with the aim to bring someone with greater knowledge of American rugby culture.

Captain: Vastly experienced utility back Chris Wyles took over the captaincy this year from Todd Clever, with the former skipper then jettisoned from the squad altogether for disciplinary reasons. While that could unsettle the team, Wyles offers a wealth of experience after making his name in England. Capable of playing anywhere in the backline, Wyles has made his name at Saracens having initially broken through at Nottingham. Wyles moved to England at the age of 11, and has been with Saracens since 2008, helping them to two Premiership crowns, as well as a European Cup final.

Key players: The Eagles have a wealth of talent in their back three, with Wyles joined by wingers Blaine Scully and Taku Ngwenya. The latter is arguably the USA's best-known player, after his stunning try against Bryan Habana and South Africa back in 2007. The Zimbabwe-born speedster ran in seven tries for Biarritz this season, while Scully established himself as a valuable member of the Leicester squad before a move to Cardiff Blues next season.

Up front Danny Barrett has been one of the main success stories of Eagles rugby over the past two years as his abrasive style has seen him star on both the fifteens and sevens circuit. An uncompromising ball carrier who thrives on the physical, he also has searing pace that causes defences real problems. It is imperative that he remains injury free as the back-row forward's qualities are crucial to USA's hopes of picking up pool wins. Elsewhere in the pack, the bruising Samu Manoa should make a big impact.

Profile: The sleeping giant of world rugby, the USA seems to be taking sevens seriously, having qualified for the Olympic Games in Rio and won their first World Series event at Twickenham this year. Whether that success will be transferred to the 15-man game remains to be seen, but America's title as the reigning Olympic champions in rugby could yet be retained. The set-up in the States remains largely focused on high school rugby, with the best players in the Eagles squad plying their trade in Europe.

In recent seasons the Americans have had the Churchill Cup as their main international competition, taking on North American rivals Canada, the England Saxons, and a range of other invited teams. That tournament came to an end in 2011, with the USA having now joined the Pacific Nations Cup. While they lost every game in their first season, in 2013, they improved last year with a win over rivals Canada to finish second in the Asia/Pacific conference behind Japan. They will face the Japanese again in the World Cup, as well as Samoa, who narrowly beat them, in the opening round of the 2015 Pacific Nations Cup. In 2014 they also played a landmark game at home to New Zealand at Chicago's Soldier Field. Despite the thumping loss, it was a historic occasion for the country against the world's best team.

In terms of playing style, the Eagles have generally relied on a powerful pack to make up for a lack of creativity in the backline. With the addition of some sevens players, they have more firepower out wide, albeit with questions remaining over their half-back partnership. If the sevens team can continue to progress, with its mix of former track sprinters and athletic back rowers, the fifteens side could benefit in the long run.

Prospects in 2015: While there are signs that American rugby is on the up, they head into the World Cup as the weakest team in their group. A heavy defeat to South Africa seems inevitable, and Scotland and Samoa will probably have too much as well. Japan will have been targeted as the most winnable game, but the likelihood is, the Eagles will lose all four matches.