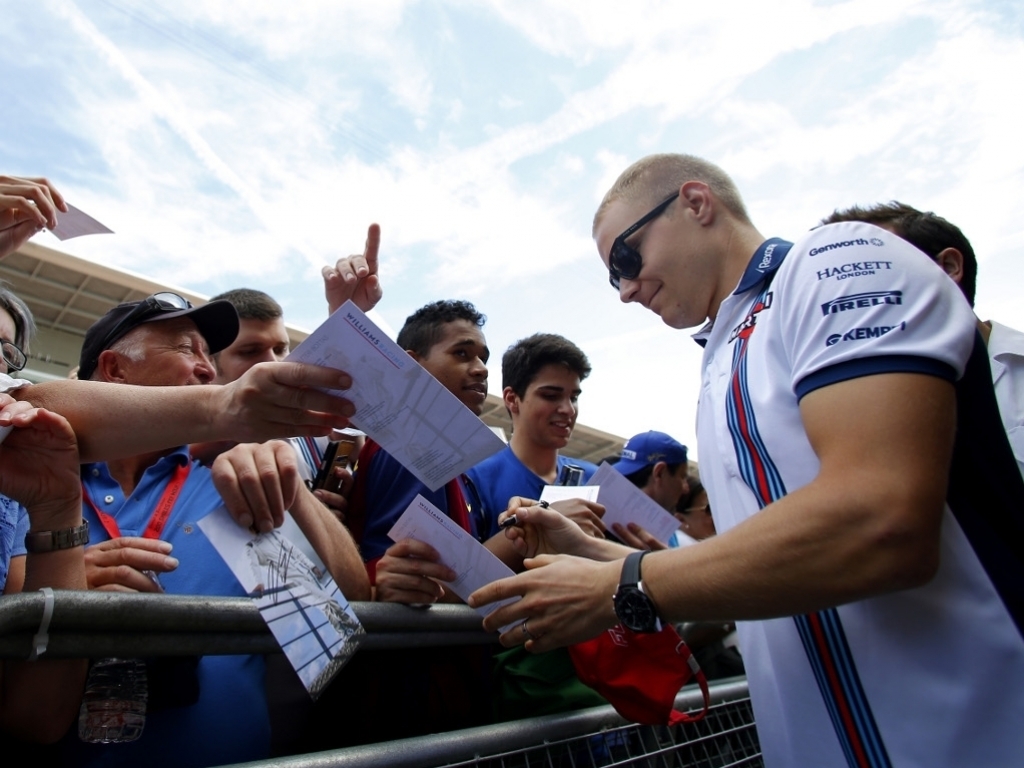 Valtteri Bottas' manager Didier Coton believes it is too early for the "silly season" regarding his client's future, but adds the rumours are a "positive" for the Finn.

On the back of a brilliant 2014 season, Bottas has been linked with a move to Ferrari but while he doesn't have a Williams contract for the 2016 season he has insisted he doesn't have a pre-agreement with the Italian outfit.

Coton has also again denied talks about a move to Ferrari next year and says Bottas is concentrating on his career at Williams, adding they are looking at "long-term objectives".

"For a driver like Valtteri it's a nice return on the sacrifice and commitment that he's put into the sport and into his driving," he told Motorsport.com.

"Frankly speaking what people call the 'silly season' is not on yet, so let's stay relaxed about it.

"Personally I consider that Williams is a top team. Valtteri is with Williams and he's concentrating on that. We saw again in Spain that he did a great race, and we will continue to speak with them, and see after.

"Our job is to look at what he wants to achieve, and it's our job to help him to achieve that.

"Sometimes it's a long-term objective; it's not something that will happen in one year, it may happen in two years or three years.

"So the most important thing is to build a path to that objective, even if it takes a bit more time."