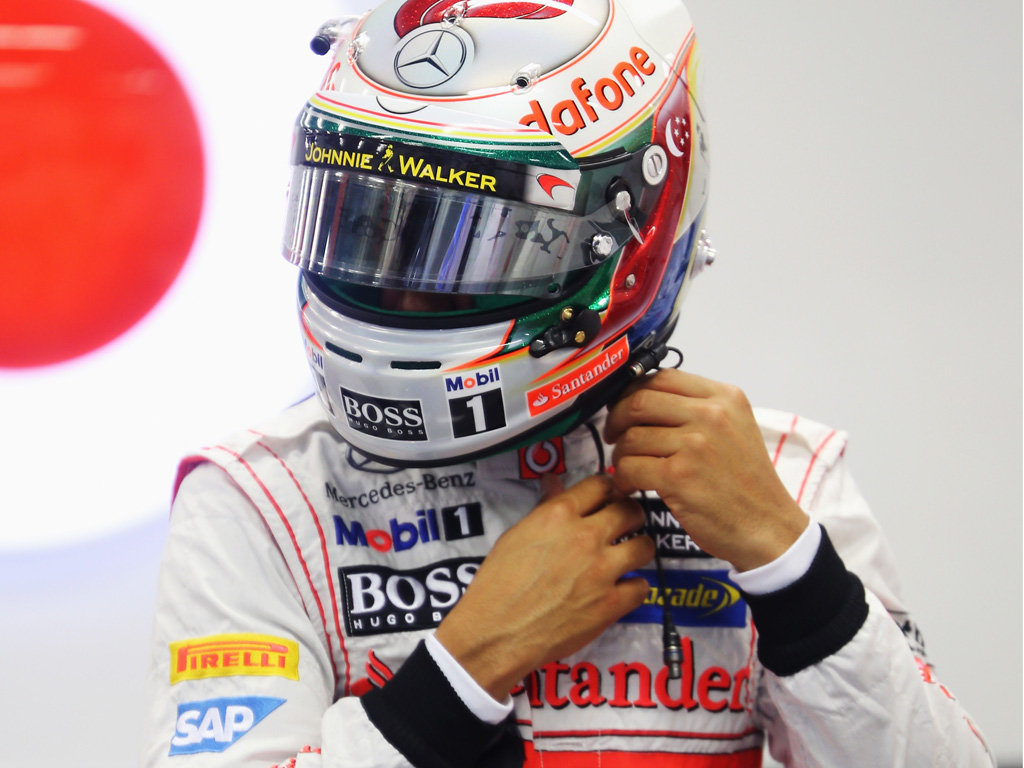 Martin Whitmarsh reckons rumours about Lewis Hamilton’s future have not served to disturb the driver but rather to focus him.

With Hamilton refusing to commit his future to McLaren, rumours of a pending move to Mercedes have done the rounds through the paddock and the media. And they refuse to die down.

However, instead of becoming distracted by all the talk, Hamilton’s on-track results have in fact shot up with the Brit claiming the win at Monza and pole position for this weekend’s Singapore GP.

“I think it has actually,” Whitmarsh told Sky Sports F1 when asked if talk of his future had helded Hamilton focus on the racing. “In a way I think he’s created barriers around him[self].

“The result two weeks ago in Monza was good for his confidence and I think he realises that this Championship is winnable and [for it] to be won you’ve really got to focus now on every result and get every point available to you.

“So I think he’s in a really good place and absolutely focused. Quite possibly all the chatter around has caused him to put the barriers up, not focus, not contemplate, not think about it and just drive the racing car, which is good.”

Looking ahead to Sunday night’s grand prix, Whitmarsh admits he’s hoping Hamilton stays away from fellow front row starter Pastor Maldonado, who has had a few incidents already this season.

“My thoughts were I think if Maldonado is on the inside of the first corner it will be a bit sweaty!” Whitmarsh joked.

“But let’s hope we’re well clear. He has flashes of great speed and he’s done it again here but I think hopefully we can stay out of trouble and drive a sensible race.

“It’s a long race and we shouldn’t underestimate him – he showed in Barcelona when we should have been there [on pole] by half a second again that he can actually win a race.

“It’s a long old slog this one and there’s no room for error. So he will have to do all of his laps without errors and that’s going to be tough I think.”