Home Uncategorized Russell ‘quite happy’ to be close to Bottas 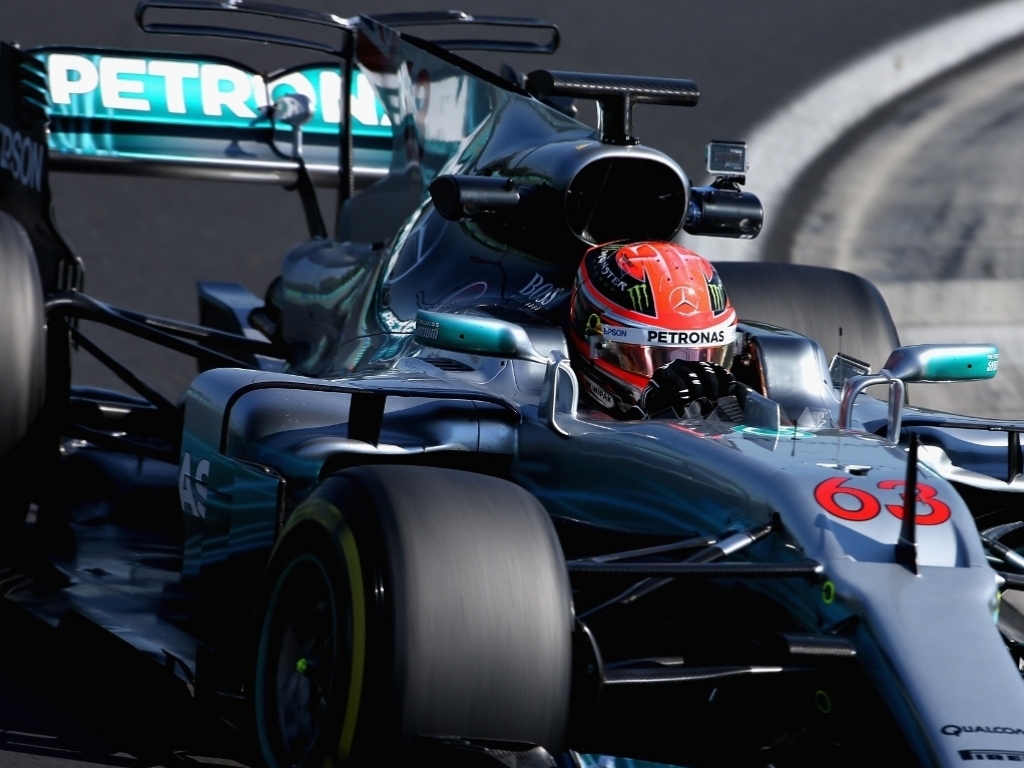 Half a second behind Valtteri Bottas on Tuesday’s Hungaroring timesheet, George Russell was “quite happy” with his performance in the W08.

Russell put in the laps for Mercedes on the opening day of the post-Hungarian Grand Prix test, covering 119 laps in the Mercedes F1 car.

The GP3 title leader crossed the line with a best time of 1:19.231, which put him fourth fastest for the day.

It also meant he was just half a second behind Bottas, who was testing Pirelli’s experimental 2018 tyres.

“I was quite happy with my performance,” said Russell.

“I was on a similar set-up to Valtteri, with exactly the same fuel loads and I ended the day about half a second behind him.

“It’s kind of what I would expect, after he’s done a race weekend, out-qualifying Lewis [Hamilton] as well, so he knows his way around here and he’s obviously very quick.”

It was a big step up for the junior driver, who last weekend was racing GP3 cars around the Hungaroring.

“As soon as I got on track, I straightaway understood how much grip and downforce this car has got – it is amazing. 48 hours ago I was driving a GP3 car around the same track, but today was totally different.

“Luckily for me I had done lots of simulator work with Mercedes, so I knew what to expect. The biggest difference is the power steering in the Formula 1 car, and I could feel that as soon as I got out on track. And the braking potential is enormous.

“I was expecting the speed on the straight and the downforce in the corners, as everyone does. But I don’t think anyone quite understands the braking power of this machine.