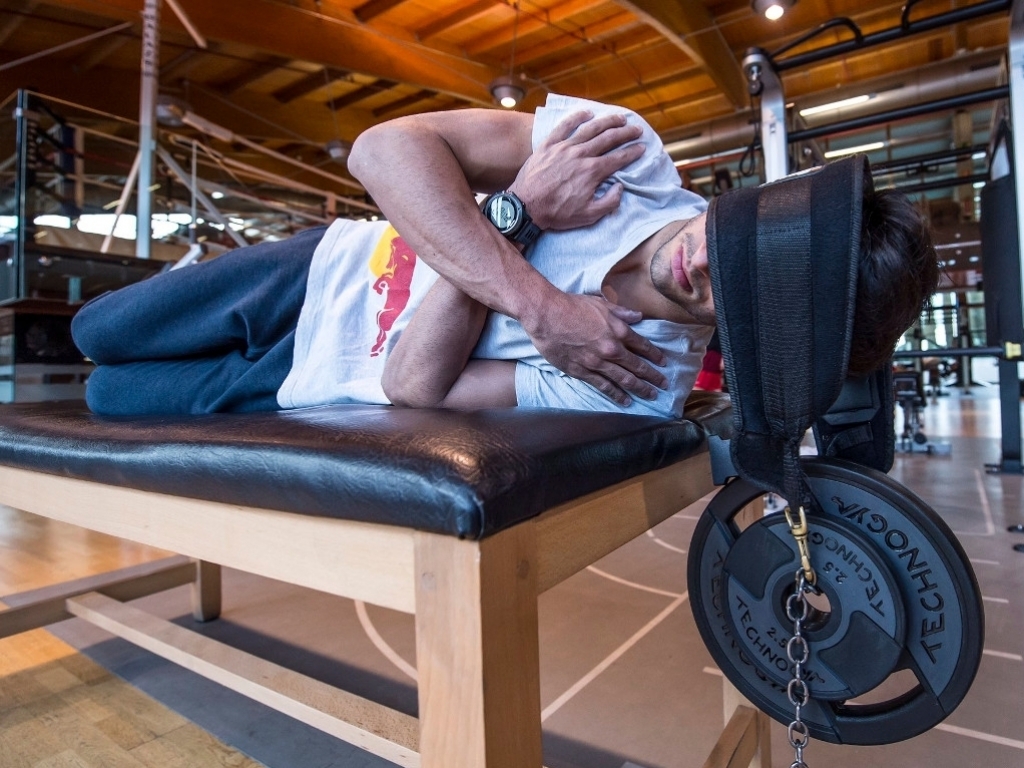 Ahead of a new era in which F1 is expecting a more physical challenge in driving the cars, Carlos Sainz is the latest to reveal a bit about his training regime.

Like his rivals, the Spaniard has embarked on a winter of physical preparation with pre-season testing getting underway in just shy of three weeks.

“Our fitness levels of 2016 won’t be any good for this year, so for that reason we need to step it up even more,” Sainz explained on the Red Bull website.

After that he puts in a 60-minute swimming session while exercises for the legs, arms and necks are high on the priority list given the G-forces that the drivers have to contend with.

“We have two ways of training the neck,” explained the Toro Rosso driver. “The first is with weights in the gym, which helps prepare for the G-forces we’ll have to face in the car. The second is with a specific method when karting.”

In this weights are placed inside the helmet to help the simulate G-forces from an F1 car.

“These weights make the helmet around 1.5-2kg heavier than normal, which corresponds to the kind of extra weight the G-forces will make me feel in F1. This, together with other specialised exercises, give the neck muscles a very god workout.”