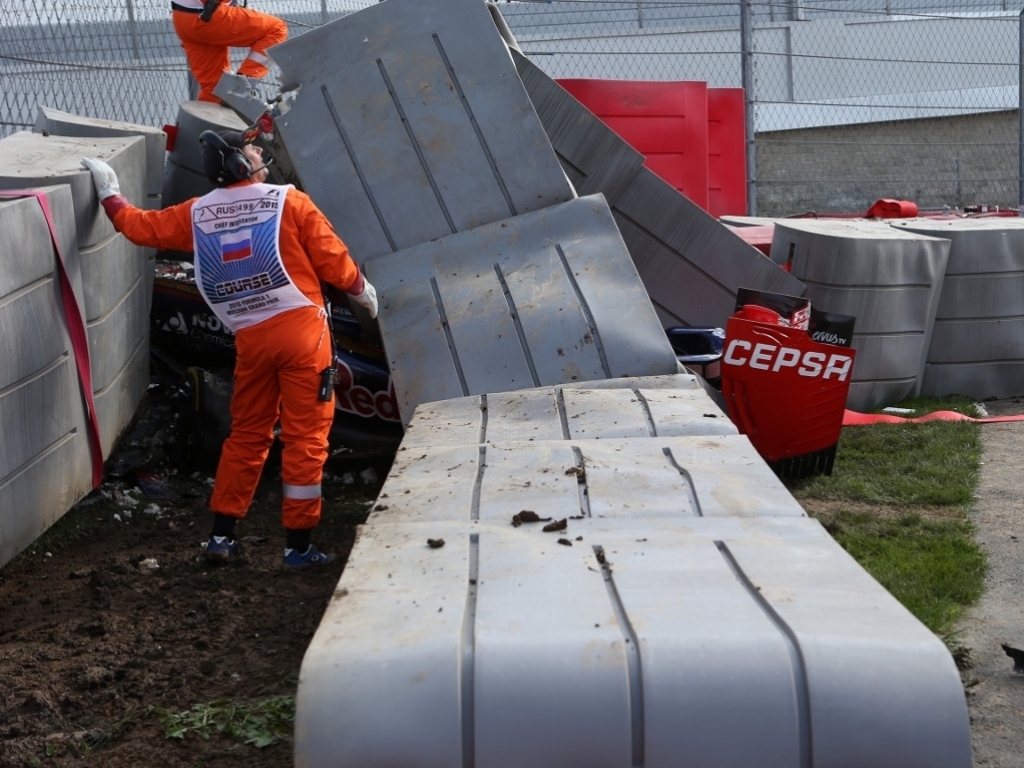 Carlos Sainz has been airlifted to a local hospital in Sochi following his horrific crash in final practice for the Russian GP.

The session was red flagged as marshals worked furiously to extracite the Toro Rosso driver from his car.

Sainz had lost control under braking into Turn 13, smacked the wall before his car hurtled through the run-off and ploughed under the barriers.

He has been airlifted to hospital but gave the cameras a thumbs up as he was taken to the ambulance.

Toro Rosso team boss Franz Tost said: “As I am informed, he is conscious. He is now with the doctors and we will find what his condition OK.

“The car got lost under breaking but we have to find out what was the correct reason. We need the bale data for this.

“Currently it looks like nothing has broken in the car but once more we have to wait until we have the car back and see the cable data and then we have to investigate what happened exactly.”

Despite the horror smash, Tost has refused to rule out Sainz competing in Sunday’s race.

“If he is able to continue the race or not we don’t yet. When he comes back we will check and then we will see.

“First of all we want to have Carlos back here with us then we will ask him and discuss whether it makes sense to do qualifying or not.

“We do not want to go for a risk for this because he had a heavy accident.”

According to Sainz’s father, the tests so far have yielded encouraging results.

Carlos tweeted: “Just talked to Carlos, thanks to God he is ok. More test going on but much happier now. “