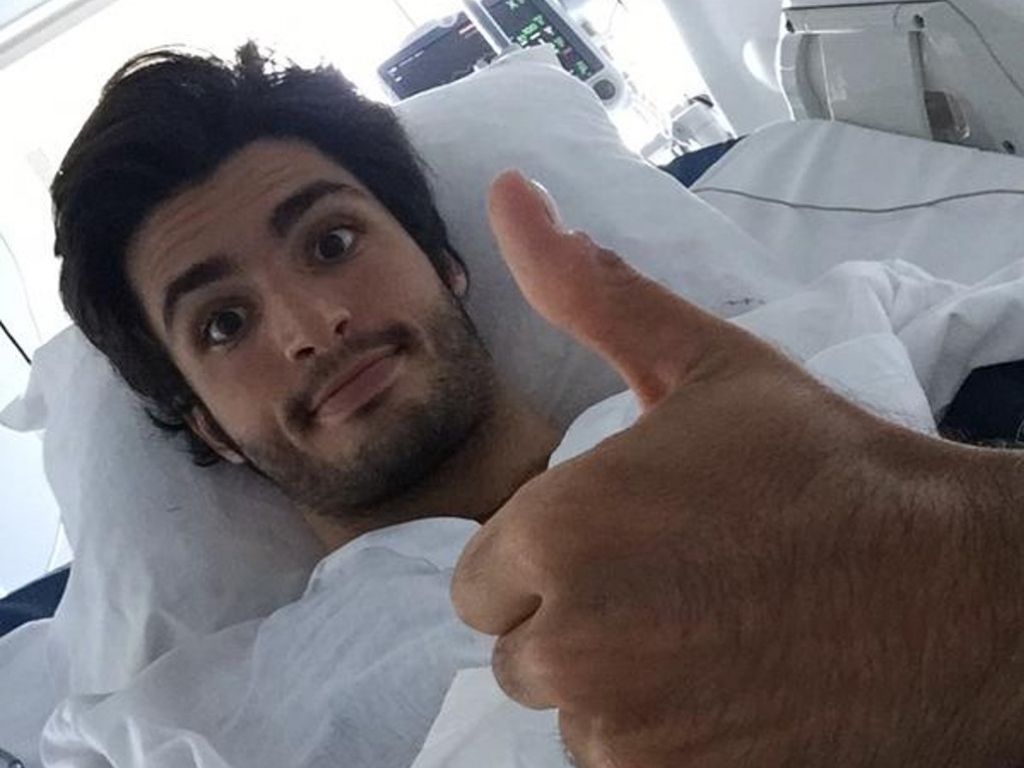 Carlos Sainz is already thinking of ways to convince doctors to let him race after getting the all-clear following a high-speed crash at Sochi.

Sainz lost control of his Toro Rosso under braking into Turn 13 in Saturday’s final practice.

The rookie driver hit the wall before his car hurtled through the run-off and ploughed under the barriers.

The session was red flagged as marshals and medics work to extricate him after which he was airlifted to hospital where he underwent tests.

Sainz was the one to deliver an update on his health, revealing that he had escaped injury.

“All ok!” he Tweeted. “Nothing to worry about!

“Already thinking how to convince the doctors to be on the grid for tomorrow!”

Sainz did not take part in Saturday’s qualifying for the Russian Grand Prix with Toro Rosso revealing he will remain in hospital overnight as a “precautionary” measure.

“If he is able to continue the race or not we don’t yet. When he comes back we will check and then we will see.

“First of all we want to have Carlos back here with us then we will ask him and discuss whether it makes sense to do qualifying or not.

“We do not want to go for a risk for this because he had a heavy accident.”