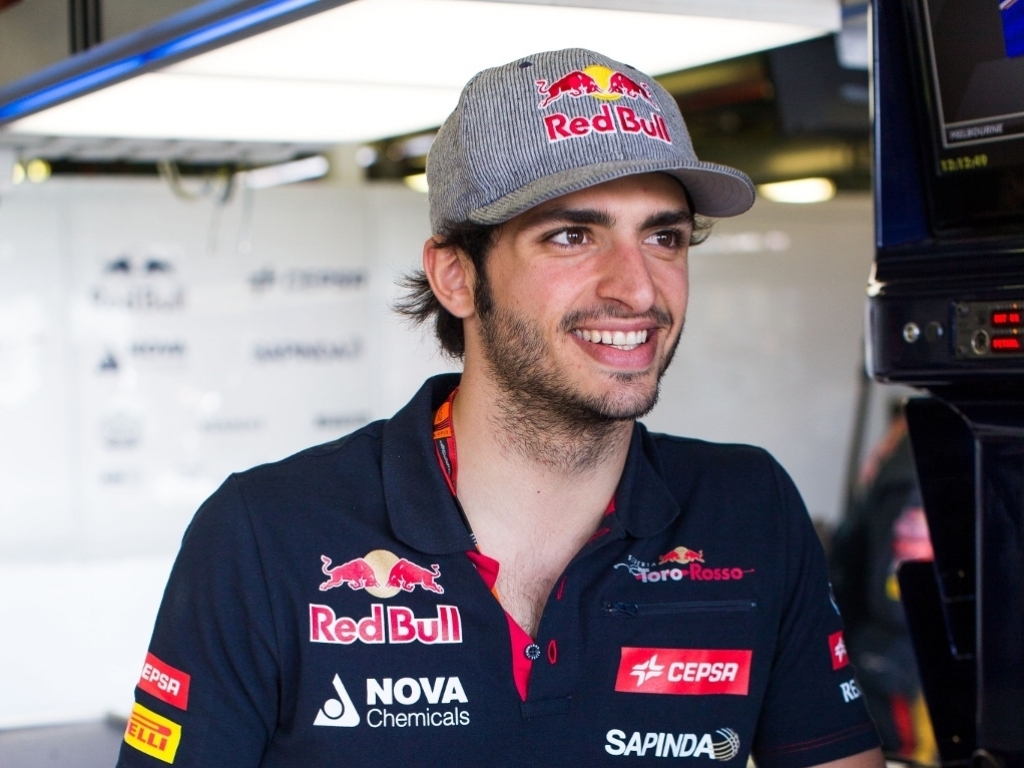 Carlos Sainz Jr will start his first-ever Formula 1 race in eighth position while Max Verstappen failed to make it into Q3.

While most of the pre-season focus has been around 17-year-old Verstappen, who is F1's youngest-ever driver, his fellow rookie Sainz Jr has quietly gone about his business.

The Spaniard proved on Saturday that he is not overawed by his Toro Rosso team-mate as he made it into Q3 with Verstappen only 12th fastest in the second qualifying shootout.

Sainz Jr wasn't done though as he outqualified the Lotus' of Romain Grosjean and Pastor Maldonado to take P8.

"I’m very happy, it feels great to be starting my first ever Formula 1 race from P8 on the grid tomorrow!" he said.

"It was quite a smooth qualifying session apart from Q1, where I made a small mistake, but I didn’t let that affect me and from then onwards everything went really well. I just kept focused and tuned the car to my liking to extract its full potential.

"I feel very comfortable in the car, I’m really enjoying myself a lot. It’s difficult to know what to expect tomorrow, as it will be my first race, but I’m looking forward to it. It will surely be a bit of an adventure but this is what I’ve been preparing myself for the whole winter and I feel ready.”

Meanwhile, Verstappen had an issue in Q2 and admits he never really got going after a mistake early on.

"I felt good in the car from the start and did a good Q1. The first run in Q2 was reasonable, even though I had something stuck in my back so my shoulder hurt a bit," he said.

"Unfortunately, I didn’t get a good lap because the tyres were not ready. During the second push-lap, I made a mistake out of Turn 4, where I went a bit too wide and lost the rear, losing quite a lot of time. It’s a shame but I can’t change any of this now. I look forward to tomorrow, my first ever Formula 1 race. The car is working well and hopefully we will be able to score some points as we have a good race pace."