Home Uncategorized Sainz has ‘no problem’ with Verstappen 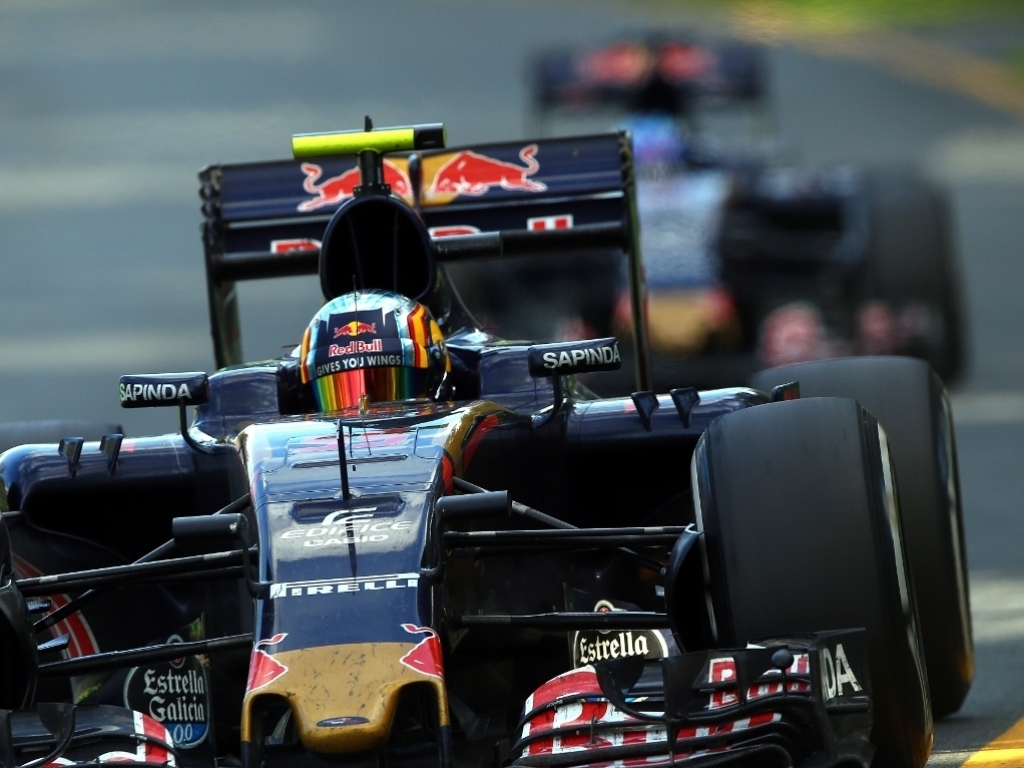 Carlos Sainz insists he doesn't have an issue with Max Verstappen despite the Dutchman's sweary rant in Melbourne on Sunday.

Stuck behind Sainz in the latter stage of the grand prix, Verstappen lost his cool over the radio.

Not only was he angry that Toro Rosso pitted Sainz's first – "I wanted to pit first," he yelled – but he was also frustrated as his team-mate was struggling to pass Jolyon Palmer and he was stuck behind him.

Their clash eventually ended with contact as Verstappen tagged the back of Sainz's STR11, however, both made it to the chequered flag with Sainz P9 and Verstappen P10.

"I have absolutely no problem with Max, even after today," Sainz told Crash.net. "From my side to him, nothing happened. It was just one more race.

"Obviously there are emotions during the race and there is a lot going on, but looking back now at the race, we were both just fighting like hell.

"I think we both put on a good show in terms of overtaking all the way through the race. It just didn't work for us both today."

The Spaniard added that there was no reason for Toro Rosso to have a sit down with the team-mates having already had their post-race debrief.

"We had a meeting and we were both a bit not knowing about what was happening [in the race], but I am convinced there will be no issues.

"There is actually nothing to have any issues about. You think about the race: What do we need to talk about? Nothing.

"We were both just fighting for position a lot. It is all sorted and there is absolutely no issues at all."

Pressed as to whether his refusal to give way for Verstappen had anything to do with the teenager ignoring team orders last season in Singapore, Sainz said: "A bit but at the end we all know there was nothing wrong with what I did.

"We all agreed it was due to the circumstances. There was a lot going on in that sense, but no looking back we know it [team orders] was not the right thing to do. We were just struggling to understand what to do and what was going on."