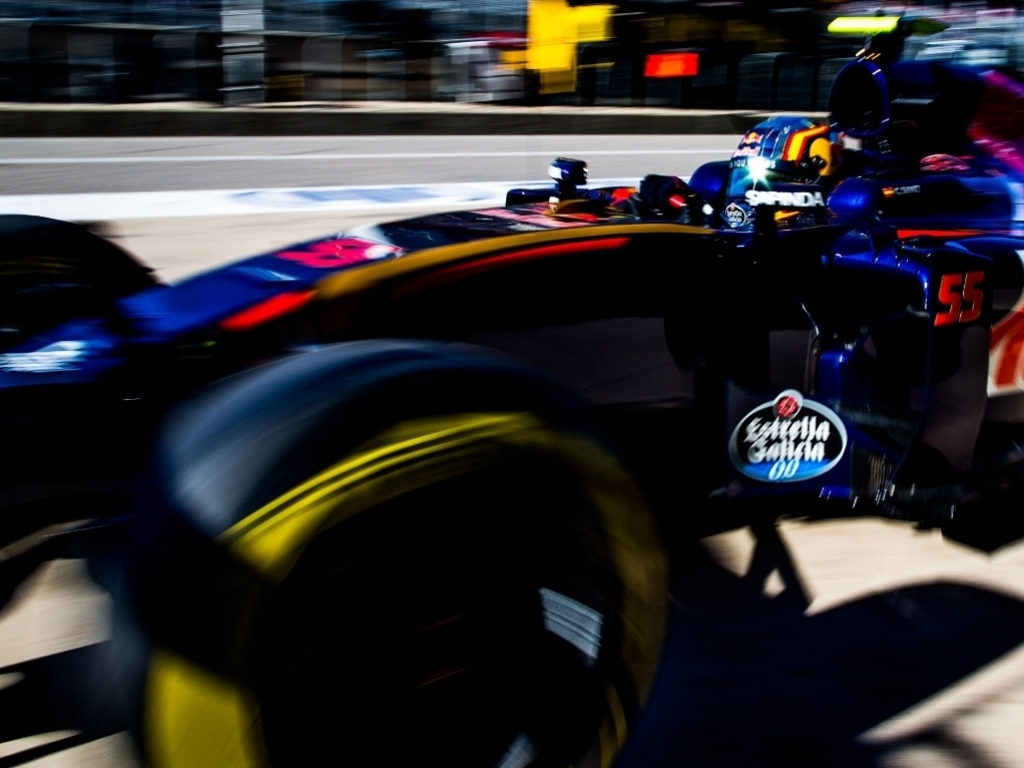 According to Carlos Sainz, Toro Rosso told him to keep within five-second of Fernando Alonso as the McLaren-Honda driver could get hit with a penalty for an incident involving Felipe Massa.

After Alonso completed a hasty move on Massa, which called for the FIA to investigate the incident, the Spaniard then went on to overtake his countryman on the final lap of the United States Grand Prix.

However, in mind of a possible penalty for Alonso, Toro Rosso told Sainz to keep as close as possible to him and ended up finishing the race just 2.2 seconds behind the 35-year-old, which proved difficult as he was losing tyre grip.

“They told me in the last lap when suddenly they saw I hit the cliff of the tyres,” explained Sainz.

“They said: ‘You need to remain in the five-second window’ because it’s the lowest penalty he can get.

“So they told me: ‘Please, five seconds’ and I started pushing like crazy but with no tyres and I did some good drifting on the last lap!”

Alonso was cleared by the stewards of any wrongdoing.