Home Uncategorized Sainz: It has been a tough weekend 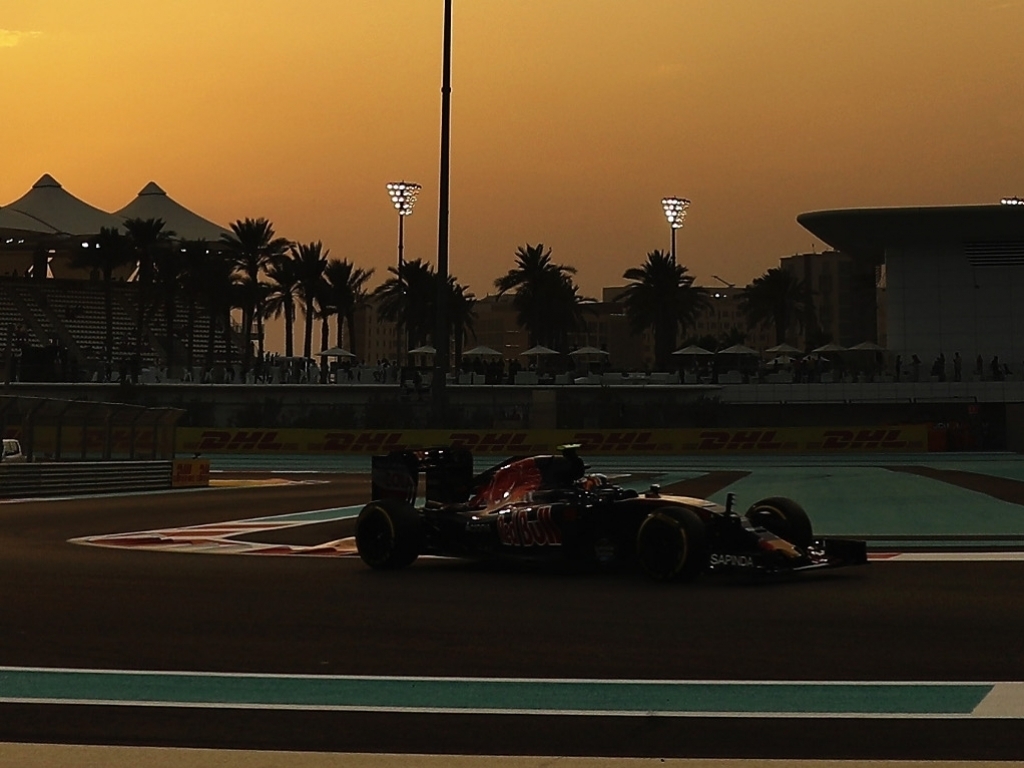 Carlos Sainz believes Toro Rosso paid the price for limited running in practice as both the Spaniard and his team-mate failed to make it out of Q1 in Abu Dhabi.

Toro Rosso went into Saturday’s qualifying having had wheel rim issues throughout the weekend.

It led to a puncture for Daniil Kvyat in both Friday practices with the team, and the FIA, taking the decision to box Sainz as well due to safety concerns.

The problems continued in Saturday’s final practice with both drivers spending time in the pits as Toro Rosso brought out the grinders.

It culminated in a disappointing qualifying for the Faenza team with Sainz P21 and Kvyat 17th.

“It has been a tough weekend,” Sainz said.

“Obviously because of the all the problems you’ve seen.

“No running means no learning no time for testing parts on the car, no time to develop a set-up, no time to get used to the track in very changeable conditions.

“It has been a very tough weekend to finish the season off.

“But we know we’ve had a good season up until now so this one should not mask the good.”

Asked whether the puncture issue knocked his confidence when he climbed into the car, he replied: “It doesn’t.

“When you jump in the car you really push and you don’t think a tyre is going to blow up.”