Home Uncategorized Sainz: I’ve seen people not get a penalty for much worse 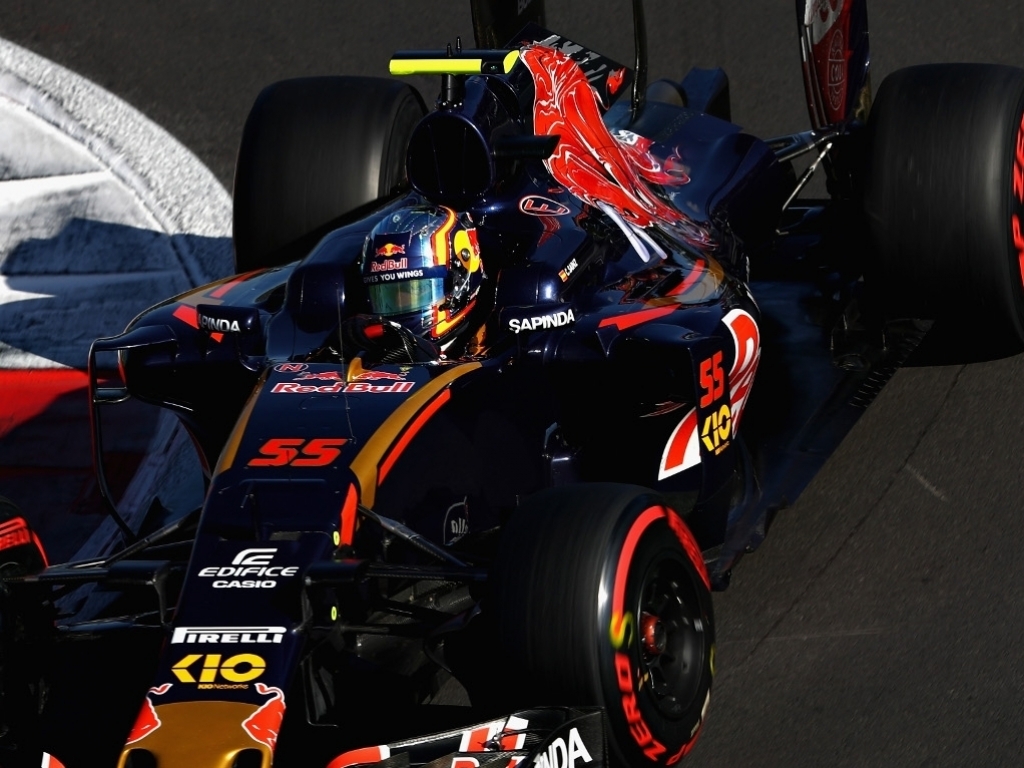 After receiving a five-second penalty for forcing his childhood hero Fernando Alonso off the Autódromo Hermanos Rodríguez, Toro Rosso driver Carlos Sainz believed it was a harsh decision.

The incident occurred on the opening lap as Alonso attempted an overtake on Turn 3, but was closed out and forced onto the grass by Sainz, resulting in the double World Champion almost spinning out.

When questioned about the decision, Sainz replied: "Probably on the harsh side, because at the start you cannot look 360-degrees.

"When I saw him I saw him late, but it's not like he was side-by-side with me.  The overlap was pretty small, and he took it flat out – good for him, it was brave.  I've seen people not get a penalty for much worse. If I put Fernando in a dangerous situation I'm sorry for that, but it's racing, it's lap one.

"I'm not going to give up my position for free, especially when I'm nearly one full car [length] ahead.  You never expect to have one guy there, close to a kerb on traction with the soft tyre, when you have more grip on the super-soft."

Alonso also went onto add that the five-second penalty didn’t really help him.

"We spent like 50 laps behind Carlos, and obviously we had the move on the first lap, which was not very fair," explained the McLaren-Honda driver.

"They put five seconds [penalty], but when you spend 50 laps behind that car your race is already compromised.

"On the first lap we were on the wrong side at the wrong moment all the time.

"We had a little incident that put us in a difficult position for the remainder of the race, so not a nice result."