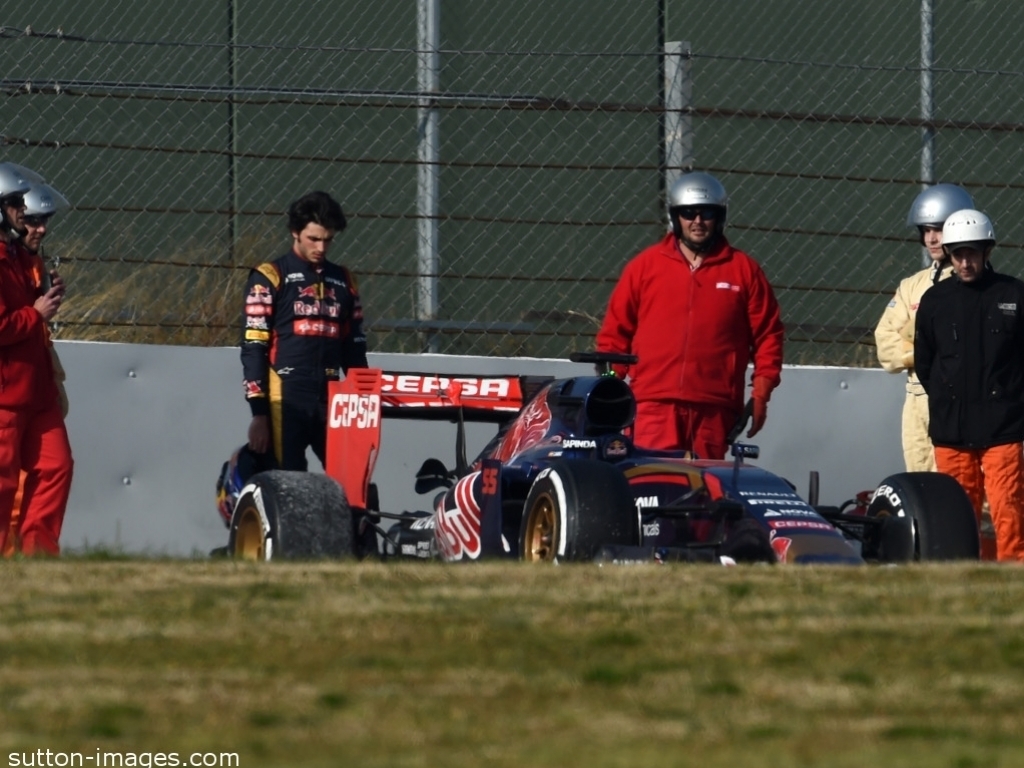 Carlos Sainz Jr concedes his off during testing at Barcelona on Friday was a driver error and one that cost him valuable track time.

With just 12 days of pre-season test shared between the two race drivers, every minute is vital for the rookie racers as Toro Rosso.

As such, such a mistake as the one that beached Sainz Jr's STR10 in the gravel at Turn 9 on Friday was rather unfortunate.

Added to that, issues with the car also cost him time during the morning's session.

Sainz Jr, though, still managed to amass 100 laps on the day but finished slowest of the ten drivers out on track, 4.371s down.

"A slightly difficult day, a typical testing day, in that we had a few issues with the car in the morning," he revealed. "We managed to work around them to get the car ready again for the afternoon.

"After the break, everything was going to plan and we seemed to have made a good step forward.

"Unfortunately, I made a mistake at Turn 9 and the car was stuck in the gravel so that cost us about half an hour of track time.

"Once we got the car back, we started a race simulation that provided useful information, even if we didn't complete it.

"These things happen in testing, which is better than in a race, so we can still take away some positive aspects from the day."