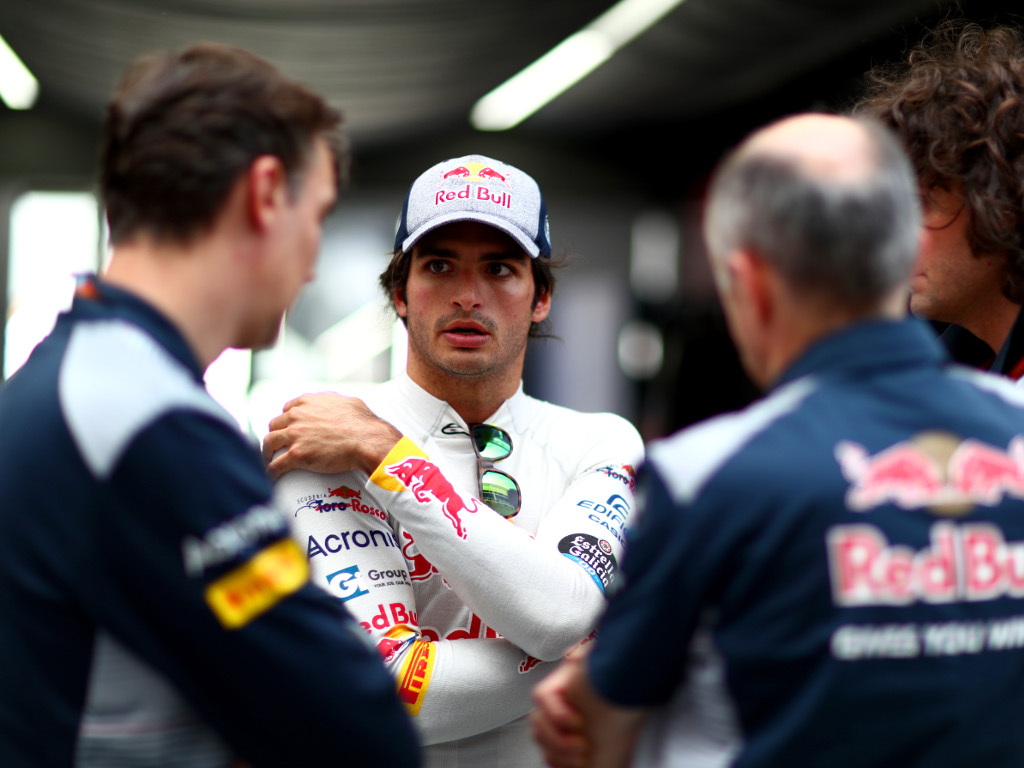 Carlos Sainz has billed his loss to Pascal Wehrlein in Spain as a “bit of a desperate situation” as his Renault-powered Toro Rosso lost to a year-old Ferrari engine.

Sainz’s two-stop strategy in Sunday’s Spanish Grand Prix meant he spent much of the second half of the grand prix looking at Wehrlein’s rear wing.

The Sauber driver used a one-stop strategy to elevate himself inside the top-ten and crossed the line in seventh place.

That put him ahead of Sainz, however, he lost the position to the Renault-powered driver because of a five-second penalty that was added to his time.

Sainz, though, admits it is a worry for Toro Rosso that they didn’t have the power to challenge the year-old Ferrari engine in the Sauber.

“For the first time we were fighting the Sauber and it’s a bit of a desperate situation to have a Ferrari 2016 engine faster than us on the straights, compared to our car at the moment,” he said.

“I tried my best to pass him, I was getting just enough to be side by side at Turn 1 but he was covering the inside line of Turn 1.

“It’s tough to pass here but he was doing a good job to cover the inside line where he could – so good on him.”

Sainz concede that Toro Rosso need an update from Renault if they hope to stay in the game.

“We need a bit more power,” he added. “You can see yesterday [qualifying] we were two tenths to P7, so imagine if Renault brings three tenths – suddenly everything changes.

“We need that step and it’ll take probably another three races, so we need to be patient. We need to keep extracting what we have.

“In qualifying we are not where we want to be, but in the race it is better and better.

“It’s been four consecutive races now where we try to fight back from a position in qualifying and I hope we don’t do this all year.”