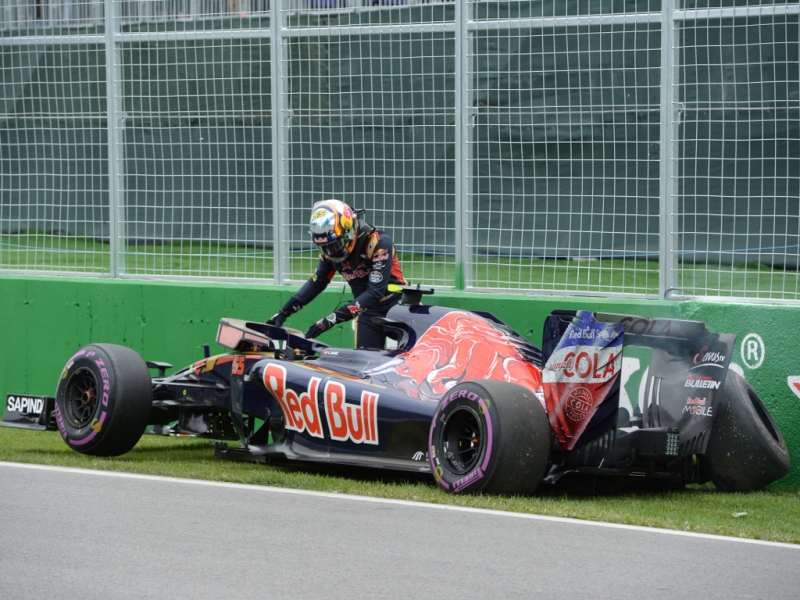 Carlos Sainz admits he has been “living on the edge” all weekend in Canada leading up to his qualifying crash.

The Spaniard finished 16th on Saturday afternoon after hitting the Wall of Champions with the right rear of his STR11.

Putting in a flying lap in Q2, and what started out as a good one at that, Sainz hit the Wall before sliding along the grass causing more damage to the front of the car.

“That mistake, sorry, but it sucks,” said the Spaniard.

“Obviously we were very strong in FP3, but immediately when I started doing laps in Q1 I saw we were a bit far off.

“A bit like we expected because we knew in qualifying that the Mercedes-engined teams were going to do a step but I was feeling a bit gutted.

“I saw on the dash I was already two tenths quicker and I didn’t expect that so I thought ‘this might be the lap that takes me into Q3 so I better keep doing what I’m doing and go for it’.

“It was perfect until the last 200 metres but I clipped the wall.

“It was a miscalculation and avoidable because I thought I had enough space but then I saw the replay and actually the car is sliding and the rear wheel is touching when my front is not at all and this is what brings me back to the wall.

“I risked it because I thought maybe I wouldn’t be able to repeat the lap on the second run.”

Sainz admitted that he had been pushing hard the entire weekend up to that crash, which if it had worked would have made him the hero. But, as he acknowledged, it didn’t.

He said: “I’ve been living on the edge the whole weekend. If you saw the replays from yesterday I was pushing hard the whole weekend, and the situation in Q1 made me push that tiny bit extra.

“In Q1 it was a disappointment for me to be so far off, so I thought I would try something extra. Sometimes it works, sometimes I am the hero when one day it works, but today it didn’t.”