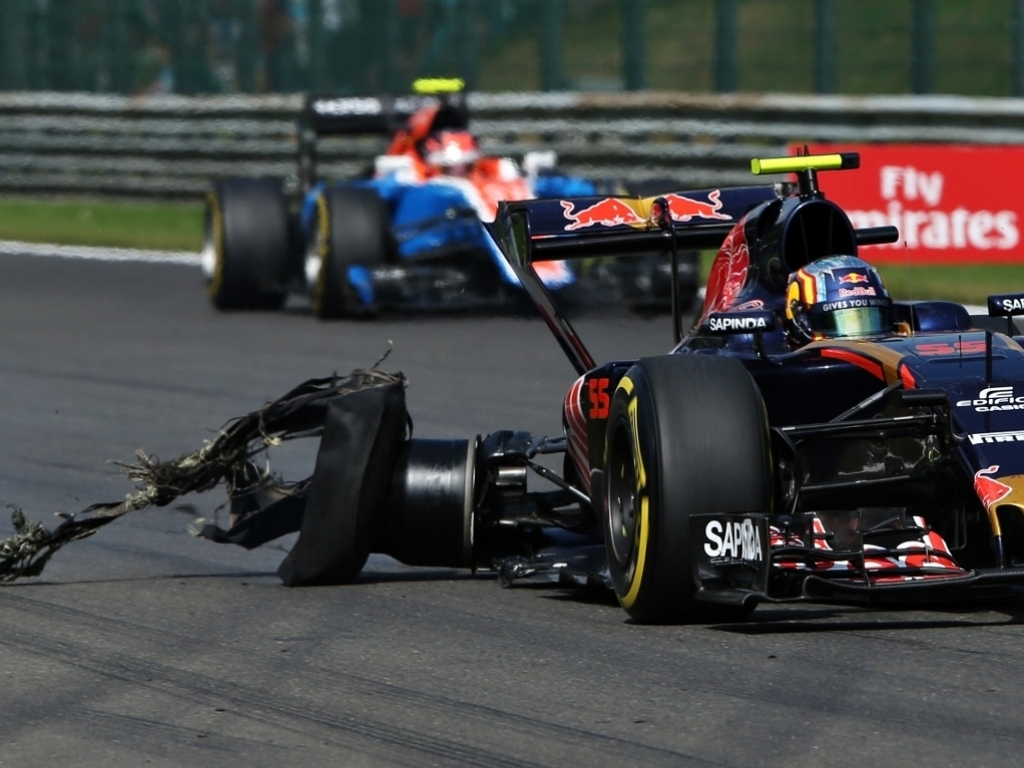 Carlos Sainz was left frustrated when debris from other cars caused his right rear tyre to explode, putting him out of the Belgian GP at the start of Lap 2.

Although the Toro Rosso driver did not have a great qualifying on Saturday, he made an epic start on Sunday to run as high as seventh.

But it all came to naught when his right rear tyre exploded.

Sainz tried to get back to pits but after a short while was forced to park his STR11, which had bodywork damage as a result.

"How frustrating to have to retire from the race because of a puncture!" he said.

"I did one of the best starts of my life and by the end of the first lap I had gained seven positions and was racing in P7.

"But I then went over some debris from other cars at the start of my second lap and the tyre ended up exploding after Eau Rouge.

"It definitely wasn’t the best moment of my life, especially after doing such a good start!

"It’s frustrating to have to end the race like this, but I will keep fighting and forget Sunday as quickly as possible."