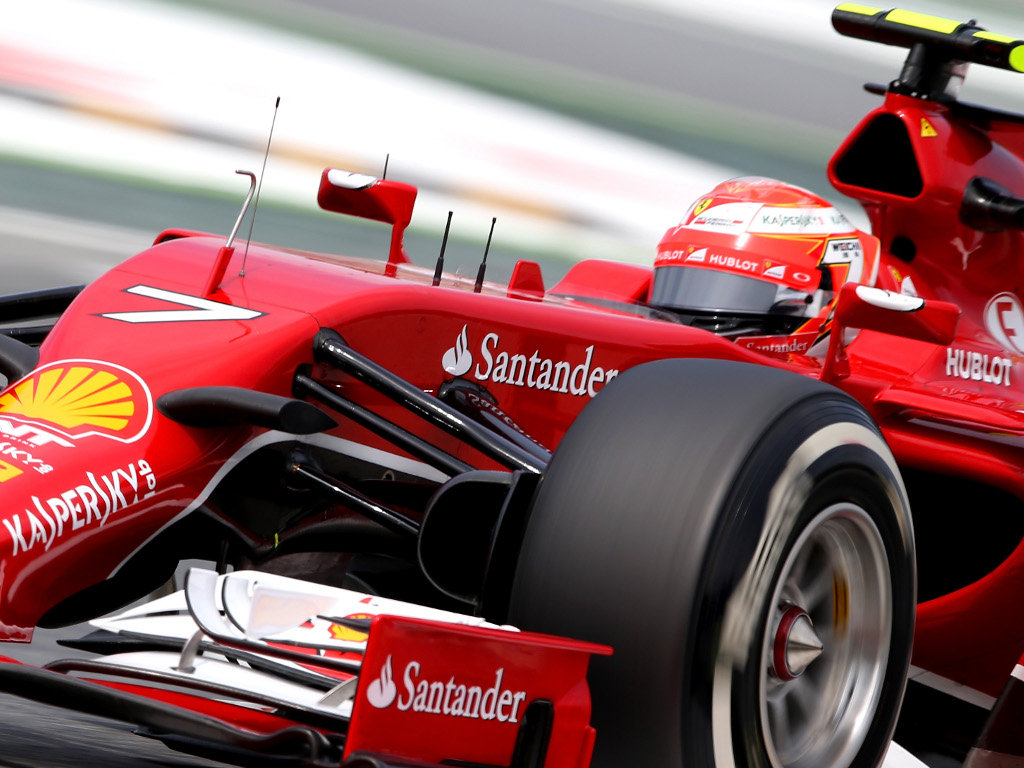 There were top ten times in Saturday’s qualifying in Spain for Kimi Raikkonen, Fernando Alonso and McLaren’s Jenson Button…

Ferrari:
Kimi Raikkonen: “We can’t be pleased with sixth place, because naturally we want to be fighting for the top places. But compared to the last race, we have managed to solve some problems and have improved the feeling I have from the car. Yesterday, the long run went well and, in general, we did a good job, but there is still much more to do, because we are not yet as fast as we would like to be. Tomorrow, the goal is to get a good start and then have a normal race. Of course, we will also need a good strategy and we will have to keep an eye on our tyre management. It won’t be easy, but we are definitely going to fight.”

Fernando Alonso: “This wasn’t a good qualifying session, but the outcome was more or less what we could have expected on a difficult weekend, especially in terms of grip, not just for us but for all the teams. I’d definitely have liked to be starting from further up, but that’s how it went today, we weren’t quick enough and now we must think about tomorrow and try to make up some places to score as many points as possible. Of the updates we brought here, some worked, while others need further testing. There is a definite improvement compared to China, but we have some problems with the rear, despite the many set-up changes we made. Kimi did very well and I hope that both Ferraris can finish higher up. Now we must find the best strategy for tomorrow and try to get a good start. But above all, we mustn’t make any mistakes, because this race demands a high level of concentration.”

McLaren:
Jenson Button: “It’s pretty tough for everyone out there – the track doesn’t have much grip, so we spent each session working away at the car’s balance to try and find something that works. We almost got there, but still had too much understeer for the final run. Still, it wasn’t too bad: we probably could’ve found a little more time within the set-up but it probably wasn’t going to be enough to make much of a difference. There’s going to be lots of sliding in the race tomorrow. We’ve done a pretty good job in that we’ve saved a set of Options for the race – I’m not yet sure what strategy we’ll adopt, but it’s good to have some leeway on strategy. We’ve definitely shown signs of improvement this weekend, although we’re still not yet where we want to be.”

Kevin Magnussen: “We’ve definitely made improvements to the car – it’s just a shame I couldn’t prove it to the team this afternoon. I don’t exactly know what the problem was with my car. We had an issue with the power unit during Q1 that we tried to fix. But, in Q2, we decided to save the engine and retire the car. Tyres are going to play a big role in the race tomorrow, so let’s see how things pan out. I’ll be aiming to work cleanly through the first lap, but I think we might struggle a little bit – our qualifying pace looks a little stronger than our race pace. It’s a shame, but at least we have some tyres saved for the race, so I hope we can do something positive.”

Force India:
Nico Hulkenberg: “My lap was very good and I am pleased with the effort we put in during qualifying. We made some steps forward with handling and set-up compared to FP3 this morning, but we still ended up a little bit short of Q3. Considering that we haven’t been totally comfortable with the car for most of the weekend, P11 is a very good place to start the race and gives us an extra set of medium tyres compared to the rest of the top ten. I expect a very strategic race tomorrow, especially as most of the teams around us seem to be on a similar level when it comes to race pace. It’s going to be a challenge for everyone and tyre management will be a key point, but points are within our reach.”

Sergio Perez: “I think we finished qualifying more or less where we expected. Maybe a place in Q3 was possible, but I did not manage to complete my final run in Q2 because my preparation lap was not ideal. There was too much traffic and my tyres were not optimised, which is why I chose to abort my final quick lap and save the tyres. Coming here we knew this track would be quite a difficult one for us, but we still believe we can be competitive tomorrow. I think the race will be all about getting the strategy choice right because it’s so difficult to overtake on this track. Our race pace is looking promising so we have a chance to get back some positions tomorrow.”

Toro Rosso:
Daniil Kvyat: “I think we got the maximum out of the package today, even though we might have been able to do a few things better. But the race is tomorrow and we’ve seen from the past that we can still bring home points having started from P13.”

Jean-Eric Vergne: “It was part of the strategy not to run in Q2, save new tyres and prepare for an aggressive race tomorrow. I think it was a sensible decision to take. It’s true that this is not the best track for overtaking but I will do my best to pass the cars in front of me from the left, from the right, from everywhere, taking every opportunity to gain positions. The car has been a bit difficult to drive for the whole weekend, except for the long runs, so I hope for a good race tomorrow.”