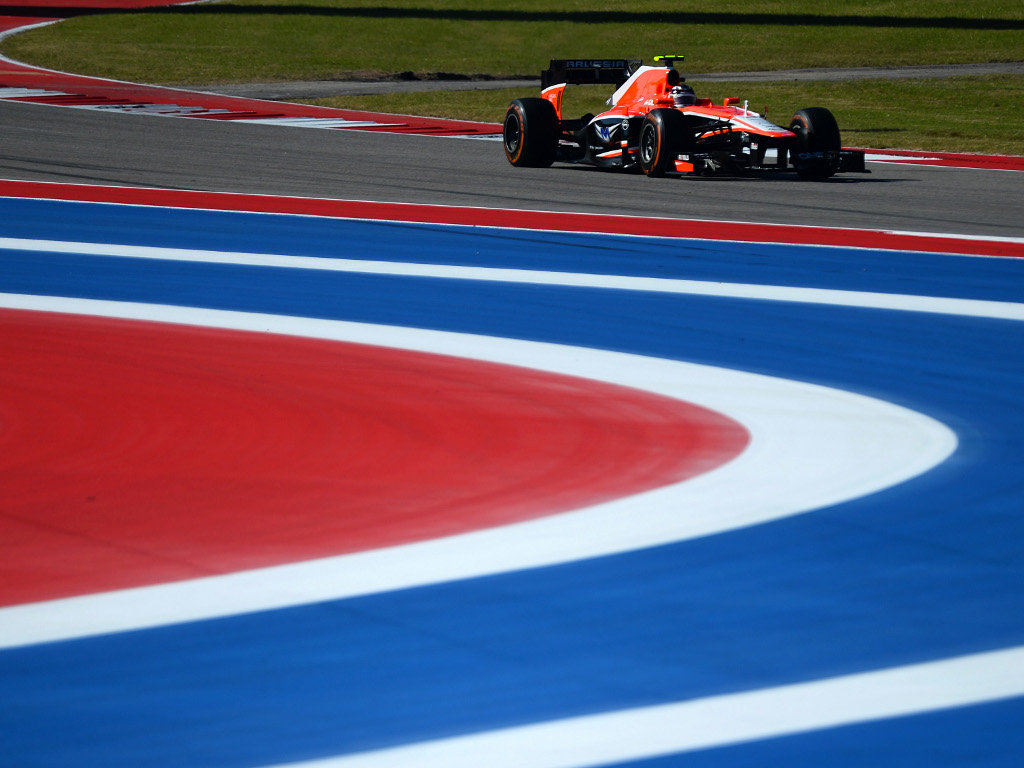 Force India:
Paul di Resta: “I’m reasonably happy with today’s result because this is a track that does not particularly suit my driving style. The wind picked up quite a bit before qualifying, which made the conditions tricky and I think we made the most of that. We out-qualified some quick cars today and in the end I was just a tenth away from making Q3. I was planning to go for a final quick lap in Q2, but I came across Lewis [Hamilton] on my out lap, who was cooling his tyres. It meant my out lap was compromised so we aborted the run. We can make a free choice on tyres tomorrow and we’ve shown recently that our performance on race day has been our strength. If we can make a good start and optimise the strategy, then points will be within reach.”

Adrian Sutil: “It’s a disappointing result today. The car has been quick through all the sessions, but things didn’t go to plan today. I had to overtake a lot of traffic on my quick lap in Q1, including a Marussia going into the final corner, and that cost me the chance of making Q2. I then started another lap and suffered a brake disc failure on the front right, which ended the session for me. So I’m starting in P17 and I just hope we can do something with the strategy to try and get up into the points tomorrow.”

Caterham:
Charles Pic: “We had a small mechanical issue at the start of FP3 which meant I had to come in earlier than we’d planned on run one. It was fixed quickly and I was back out on the primes for the first full run and, compared to Friday, the car was definitely better. It was a little on the oversteer side, especially in the medium to high speed turns, but it was good in the lowspeed sections. In qualifying the car balance felt very different form FP3. Maybe the change inwind direction affected it a bit but it was understeering through turns four to nine and in 11, and then oversteer came in on the exit of turns 13 and 19 so I couldn’t really attack as I had in FP3. We have a penalty anyway because of the gearbox change we had to make this morning so I was always going back a couple of places, but even with that it would have been good to carry through the pace from the morning session to qualifying.”

Giedo van der Garde: “Right from the start of FP3 it was clear the changes we’d made overnight had worked well. The track conditions were a bit better but the car was back to how it had been in the last few races, much more balanced which meant I could push round the whole lap. We still had a bit of front locking to deal with and I was struggling a bit with traction, but overall it was a good start to the session. We tried a camber change for run two but it didn’t improve anything so we stuck to what was working and the rest of the session was ok. On the performance run I didn’t have a clean lap so my final time was definitely away from what it could have been, but overall I was reasonably happy going into quali. We went for two three lap runs in quali and I have to say I’m very pleased with where I finished. Considering the fact this is a new track for me, and I missed FP1, to finish ahead of the other guys we’re fighting with is, I think, good work. The car felt really good in Q1, I’m not sure there was a lot more in it but still, we start tomorrow in 19th and I think it’ll be an exciting race.”

Marussia:
Jules Bianchi: “After the problems we have experienced so far this weekend, we absolutely needed to find the right solution in time for qualifying. I’m very happy that we did this and although we haven’t been able to spend the time to tune the car, we made enough progress to split the Caterhams, which is a good result from where we were. Had we been fully there with the balance, who knows, it may have been possible to get ahead of Van Der Garde as we were just a few hundredths away. It was pretty windy in Sector 1 also, so if we look at the overall picture we have to be pretty pleased with the result. My thanks to the Team for all the hard work in resolving our problems and now we can look forward to the race with a little more confidence.”

Max Chilton: “I’m a little disappointed with my qualifying result. We’ve struggled with the car balance all weekend. We went back to where we started with the set-up to try to reduce the instability, but this made it worse and we’ve had to try quite a few things to improve. I was actually quite happy with the lap I did this afternoon, but the time just wasn’t there, which is frustrating. Our car is always better in the race and that’s what we’ve been focusing on, so we hope for better things tomorrow.”