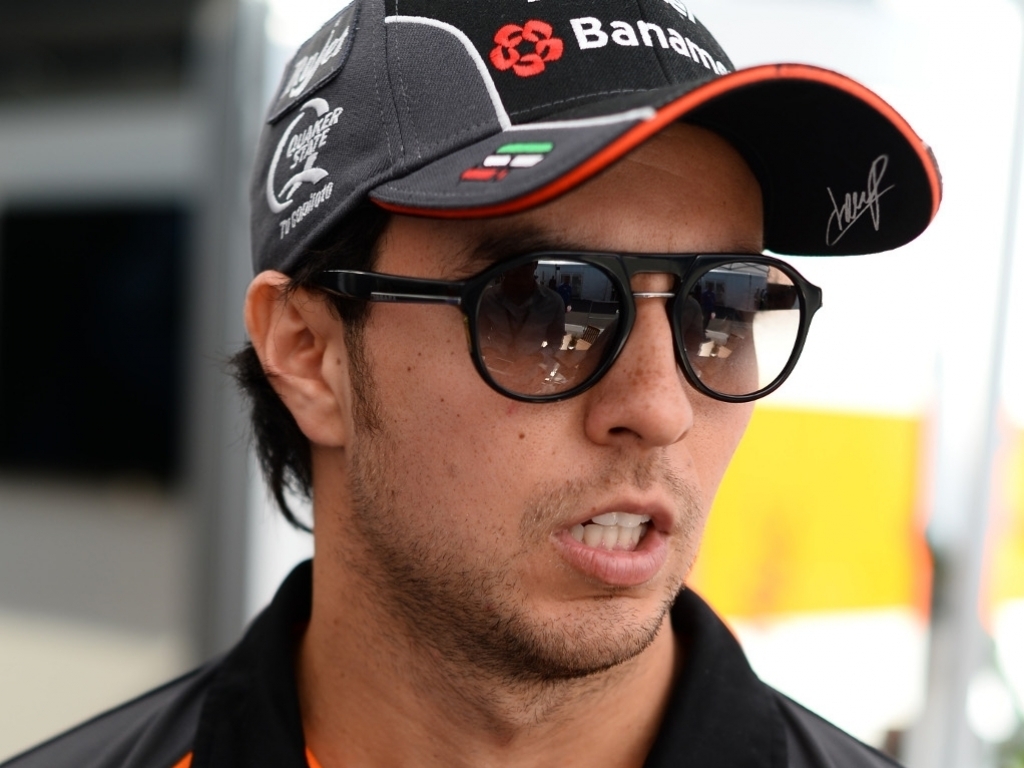 Force India
Sergio Perez: "It’s been a really good day and I am very satisfied with my lap in Q3. We were able to improve the car balance from yesterday and this gave me a whole lot of confidence – probably the most I have had this season. The car was much more predictable and this allowed me to push more in every corner. I showed very good pace in each of the three qualifying sessions and I am really looking forward to the race tomorrow. I see no reason why we cannot fight for the podium. The performance today also gives me a lot of optimism for the remainder of the season. The team is doing an amazing job and I am happy I was able to back it up with a good performance behind the wheel. I have been working hard with my engineers to get on top of the updated car and I expect to do this weekend after weekend."

Nico Hulkenberg: "I’m not that happy today because we had the potential to be well inside the top ten. On my final lap in Q2 I made a small mistake going into turn one – I just locked the tyres and missed the apex. On top of that we had a small issue with the turbo, which cost us some speed and time down the straights. So I just missed out on making Q3. However, the weekend is not lost and I’m sure we can have a strong race from P11. The car has been performing very well this weekend; we’ve looked competitive and I will be attacking in the race to try and move forward."

Red Bull
Daniel Ricciardo: "It’s pretty cool that everyone is so close and I am pretty happy with the lap. I don’t think I left anything on the table and it’s good to be in the mix. Grosjean has got a penalty so that will push me up to fifth and that’s where I started from last year – not that I’m superstitious or anything, but you can always hope! Sector two is fun for us and we can push really hard there. We bleed some time in sectors one and three but the chassis feels good which is really positive for the team. Fingers crossed we have some good battles on our hands for the race tomorrow, the honey badger will try and find some honey in the forest here and go after it!"

Daniil Kvyat: "I did my best but I missed out on Q3 by one tenth and a half which is disappointing. We will make the most of our strategy, and the tyres we have available, for the race tomorrow. This track allows for overtaking and we will try to make up some places during the race. We’ll do our best to make it work."

Ferrari
Sebastian Vettel: "It’s very simple: in Q2 we were third and it was very tight if you look at the lap times. In Q3 I was having the same pace, unfortunately I was not able to improve like others, also lost some time at the last corner, and that’s why we’re not in front. But I don’t think there’s a reason to panic. For sure we’re not happy, I lost two or maybe three tenths, but tomorrow we should have a decent pace and pretty good straightline speed to turn things around. We have a good car and a strong package for the race. There’s a lot to be done tomorrow, it’s a long race, the starting and first turn will be interesting and there could be some rain at some point. There’s nothing wrong so we’re expecting a progress."

Kimi Raikkonen: "I don’t know exactly what happened, I lost some drive and had to stop. It’s too early to say what the problem was, we have to wait to know more about the issue. Our car has been handling pretty nice all weekend, unfortunately the issue has come at the bad time, my position could have been a bit better. Yesterday we had been trying few different things and I think we had made the right choices for today. Obviously we know we have to improve in all areas. My starting position will make my race very tricky but I hope that the race condition will turn in our favour. It’s important to go through the first corner: even if it won’t be easy to get past Mercedes-engined cars, we’ll keep fighting and doing our best."