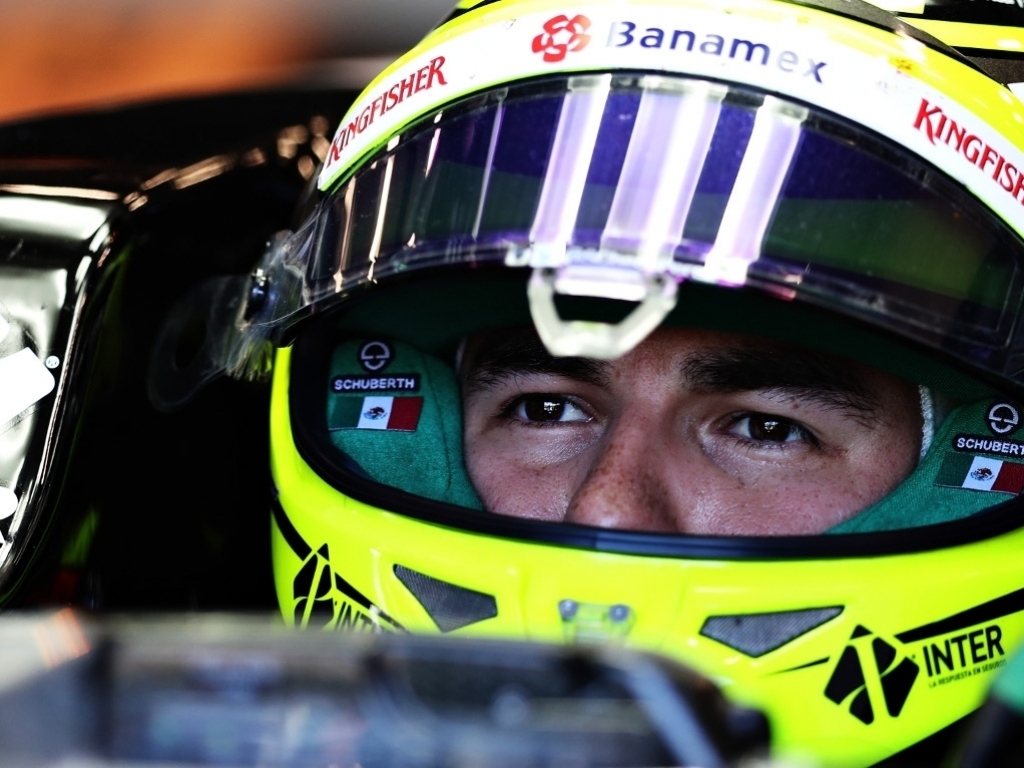 There were top ten times in qualifying for the Belgian GP for both Force India drivers, the Williams pairing and Jenson Button.

Force India:
Sergio Perez: “I think we are in a really strong position for the race and I am really looking forward to tomorrow. We got as much as we could out of the session: I made a small mistake at the end of my lap and I could have been about a tenth faster, but that’s all we lost. Some of the cars ahead of me are starting on the soft tyre compound, which should be a big advantage for them, but we are still in good shape to get a strong result. There will be a variety of strategies at play and I hope we can move forward, enjoy the battles and bring home some points. The hot weather is making it really difficult for everyone – you reach a point where you can’t go any further with the tyres. Strategy and making the right calls at the right time will be very important: you don’t want to be on the wrong tyres at the start of such a long lap because it’s going to cost you.”

Nico Hulkenberg: “I’m reasonably satisfied with our performance today. Q1 and Q2 went to plan, but I had an issue with the power unit during Q3 and that cost me some time down the straights and proved quite costly. We’ve got to start the race on the supersoft tyres, but I think we made the right decision to use them in Q2 because it would have been difficult to make Q3 on the softs. It’s certainly going to be a challenging race if the weather stays this warm because Spa is already a demanding track on tyres in cool conditions. We need to explore our options tonight and make the right decisions tomorrow.”

Williams:
Valtteri Bottas: “It’s a shame that we had the issues because it meant we couldn’t get a top six position. At the end of the day, the race is tomorrow and that’s what counts. The car felt better today than yesterday so we’ve already made progress. Our long runs in practice looked good in terms of the race pace, so I think we can have a strong race tomorrow, even though we didn’t get the perfect result out of today.”

Felipe Massa: “I had a software issue in Q1 which caused a misfire so I couldn’t put a lap together. That really didn’t help my qualifying, because I only had one set of supersofts left for Q3. I gave it everything on my final lap, but I locked the front into turn one and lost a lot of time, so I’m not happy with that. If I had two sets of tyres in Q3 it would have helped me a lot, but that didn’t happen so we lost a few places. We will see what we can do tomorrow though. I was happy with the car, the balance and the laptimes in qualifying.”

McLaren:
Jenson Button: “I’m very happy with ninth place. Spa is a tough circuit for our car so I don’t think we expected to get the result we did. You’ve know when you’ve done a good job, and I feel I did just that. We obviously won’t be near the front, but our race pace should be better than our qualifying pace was so we’ll certainly be competing with the cars that have qualified around us. The team have done a great job this weekend, and Honda have brought us a new power unit, so we’re looking at a situation of definite improvement. We didn’t expect to be this far up in qualifying here, so hats off to the whole team; it’s good progress as I say. All in all, I’d say it’s the best qualifying of our season so far.”

Fernando Alonso: “We noticed that there was an issue after P3 but we didn’t have time before qualifying to do a proper investigation, so in qualifying we managed to do only about 500 metres before we had to stop the car. Now all we can do is to do everything we can to make sure we finish the race without any further issues. It’s been a difficult weekend so far for me – a little bit unlucky because after all Jenson has the same new-spec PU yet he’s had zero problems. But as I say it’s just a bit unlucky, that’s all. With regard to the new-spec PU itself, again, as was the case yesterday, I’ve had too few laps on it so far this weekend to be able to really compare it with the previous one. We’re moving in the right direction though – Jenson’s result shows that I think. Obviously it’s painful when you have reliability problems such as these, but at the end of the day it’s part of our learning process. We know what we have to do: we have to understand what’s still too fragile in the PU, reinforce those parts, and make sure that next year we have a PU that’s powerful and strong enough to be capable of fighting at the front.”