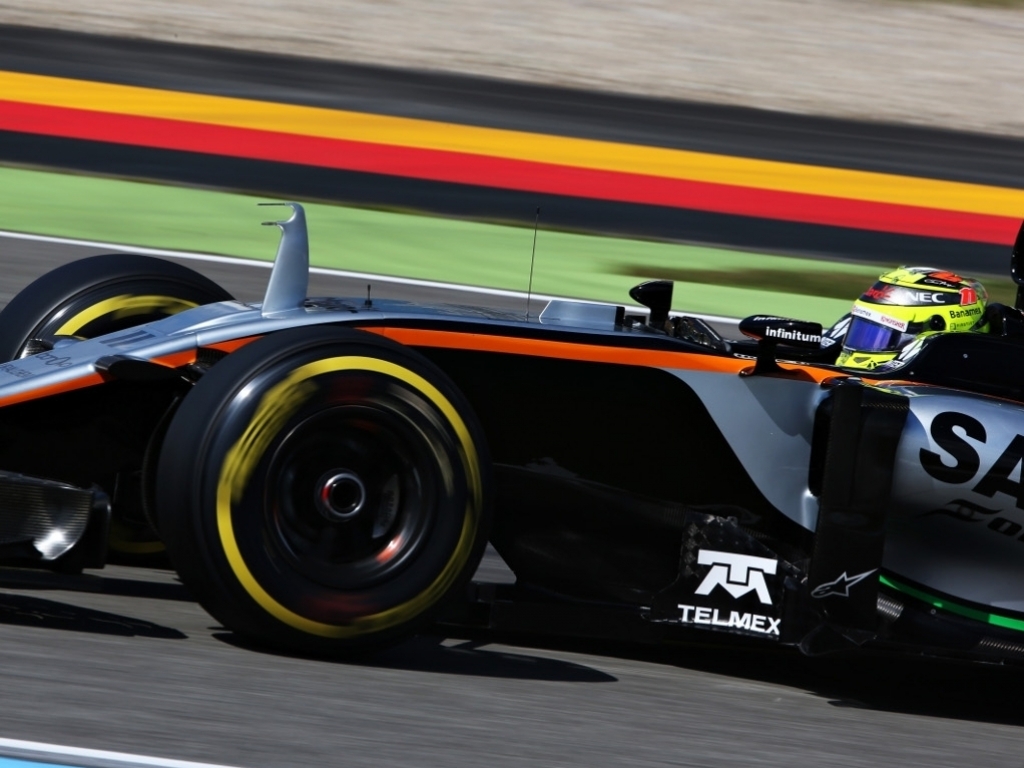 Jenson Button was knocked out in Q1, while Fernando Alonso made it all the way into the final round of qualifying.

Force India:
Nico Hulkenberg: “Lining up seventh on the grid is as good as it gets today. Once again, we’re the first after the three big teams, which is where we can realistically expect to be. We knew we would perform well here, but I am actually quite surprised by the big margin we have over the cars behind us. The start and the first lap will be fundamental for the race, so I will need to keep out of trouble, put my head down and push hard. Choosing the right strategy is where we will focus tonight – I think there are a few different options, so we will need to see which one gives us the best opportunity. Looking at the gaps ahead and behind us, we may be in for a bit of a lonely afternoon, but I wouldn’t mind it at all – I just want a strong result!”

Sergio Perez: “It has been a messy day – not only qualifying, but final practice as well. For some reason, I’ve been quite a long way off the pace and we’ve lost some of the performance we had yesterday. This morning we found an issue with one of the components at the rear of the car, which impacted on my pace. I thought we had solved that going into qualifying, but I still believe there is an issue with the car because the data showed it was very difficult for me to match my teammate in the braking zones. The car also felt nervous through the high-speed corners. Hopefully we can understand where I’m losing out and figure out a solution so that it does not impact on my race pace tomorrow.”

Williams:
Valtteri Bottas: “This was a good qualifying for us as a team. We’re in-between the Force India’s for the start of the race tomorrow, and that’s after they had more pace than us today. Hopefully, tomorrow it will be a different case. It’s going to be a long race and we know we can compete against them with our race pace. The progress we’ve made since today’s practice with our set-up will hopefully help us, as it’s going to be a very close and aggressive battle with Force India. We need to do everything we can to be ahead of both of them. It’s a battle we can win.”

Felipe Massa: “The positive from today’s qualifying is that both cars are right in the middle of the Force India’s so we are well positioned to race them tomorrow. The only downside is that the gap to Hulkenberg’s car is bigger than we would have liked, but our car is feeling better on long runs at this track than shorter runs which will help us tomorrow. We need to get everything right in the race tomorrow, especially the strategy, to maximise the points we score.”

Toro Rosso:
Carlos Sainz: “I can’t be happier than what I’m feeling today after that qualifying session! After quite a complicated FP3, where I didn’t get much track time due to the two punctures, to suddenly put such a great lap together in Q2 and get through to Q3 is just amazing – I was really happy when I was told my position over the radio! I’m sure the team was also very pleased, it’s definitely something we needed after some tough race weekends. Today is one of the days I will always remember of my 2016 season! Tomorrow will be a tough race but we will certainly try our best to fight for points!”

Daniil Kvyat: “Not a bad qualifying session. The car was a bit difficult for me to drive today, with some small balance issues… Nevertheless, it wasn’t a bad lap time considering this and we were very close to Q3 – we only missed out by a tenth and a half. On the positive side, we get to choose the tyres with which to start tomorrow’s race, something that’s important from a strategy point of view. Many things can happen in the race and the midfield is very tight, so we can try and fight for points.”

McLaren:
Fernando Alonso: “We weren’t quick enough to make it into Q3 today, and we were lacking some rhythm too. Having said that, getting the car into Q3in ninth or tenth but then having to start the race on used Supersoft tyres would be a problem, as other cars would catch us easily after four or five laps owing to the degradation. So, let’s say that 11th for us would have been pole position and 12th is second-best. We’ll start on new tyres and we’ll be able to attack. It seems like all the Mercedes-powered teams here got an extra boost and are more competitive, which has made life a little more difficult for us. If we want to score some points in the race tomorrow we need to raise our game and find a clever way.”

Jenson Button: “It’s disappointing to be in P19 after qualifying. Our pace was good yesterday and this morning – eighth and ninth positions – so there’s definitely something not quite right there. I went out on the Softs to start with and we thought we’d have enough pace, but it was a tough lap and I hit a lot of traffic. If we’d judged it right at the end when we put the Supersofts on, it might have been fine, but it wasn’t. I had four cars to overtake in the last sector alone, and then the last one [Jolyon Palmer] didn’t move out of the way. He saw me really late and stayed on the racing line, so I had to outbrake into the last corner. It’s so important to brake late and carry speed into there and you can’t do that if you’re offline, it hurts the tyres a lot more. It’s disappointing. Hopefully tomorrow we can make up some ground in the race but it’s going to be a tough day – we have good race pace but overtaking around here will be almost impossible for us.”