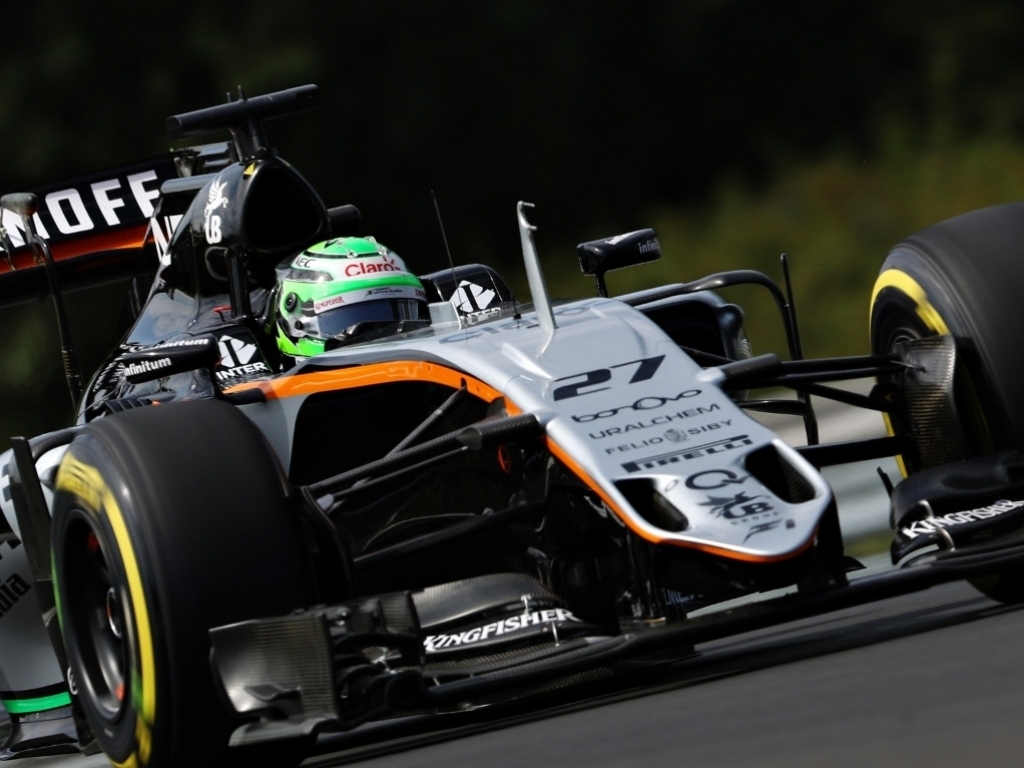 McLaren failed to make it into Q3, while Nico Hulkenberg did impressive to place fifth during the qualifiers of the German Grand Prix.

Force India:
Nico Hulkenberg: “I’m feeling pretty happy to qualify in seventh for my home race – it’s best of the rest behind the top three teams and a good effort by the whole team. Our objective is always to maximise our potential and it feels like we achieved that today. Most of my laps in the session came together nicely and my final effort in Q3 was spot on. We can expect a tough fight for good points tomorrow, but we are in a good starting position and we’ve looked strong here in all the sessions. The long run pace is competitive, too, so we’ve got every chance of getting a great result this weekend. There is talk of some rain tomorrow and to be honest I would not mind a shower during the race, but let’s wait and see what happens.”

Sergio Perez: “It was a fun and very intense fight with Nico and the two Williams cars throughout qualifying, and in the end it was really close between the four of us. It was crucial to get through Q1 on one set of tyres because some other teams had to use two sets and this gave us a small advantage in Q2, which helped us make the top ten. On my last lap of Q3 I struggled a bit through some of the right-hand corners; I think I may have picked something up on my front wing – maybe some debris – and that cost me some time, but it’s something I will analyse with the team. In the end, it was so close and just a few hundredths of a second made the difference. Tomorrow is going to be interesting. We are starting on the supersofts on which we qualified and we will need to work well as a team to make the strategy work and score some important points.”

Williams:
Valtteri Bottas: "It was a very consistent qualifying session from us as a team. It was a very close session, as expected, but the balance of the car felt good and we managed to get the tyres to work better. We are missing a bit of grip compared to the cars in front so I think we more or less got the maximum from the car today. I had some traffic in the last sector on my Q3 run which cost me a few hundredths, so I could have been seventh, but apart from that I’m pretty pleased with my qualifying today."

Felipe Massa: "I’d say it was a very competitive qualifying today, especially with Force India. We are constantly fighting for a tenth. I was very happy with my lap; but I just went into the turn too much at corner 12 and I lost time on my lap because of that. That’s the only thing that happened or else I’d have easily been one tenth quicker. So that’s a shame, but I will try even harder for the team tomorrow."

McLaren:
Jenson Button: "This weekend has been pretty tricky for me. I’ve missed having time with the car, which doesn’t make for the easiest preparation, and this is a tough circuit if you haven’t had any mileage. I had a few issues yesterday – I stepped out of the car early because of my eye – then, this morning, we had a couple of problems, so I didn’t run the Supersoft in FP3 at all. It was all a bit of an unknown going into qualifying. Still, 12th position is reasonable, and it’s always nice to be in front of your team-mate, but we’re still not quite there yet with the balance of the car. Even if we’d got everything together and beaten Williams today, getting into the top 10 was always going to be tricky. There’s a possibility that we’ll get into the points tomorrow. The race should be pretty interesting; the start and the strategy will be important, so I’m looking forward to seeing what we can do."

Fernando Alonso: "It’s a bit disappointing not to be in Q3 today: 14th position isn’t great, but we’re not as competitive at this track as we were in Budapest. This afternoon, I didn’t put a lap together as I had some traffic, which is why I didn’t finish a little bit higher up the order. Additionally, Hockenheim’s long back straight and big acceleration zones don’t really suit our car. On the positive side, we have plenty of new tyres remaining, which will give us an advantage at the start and allow us to be a little more creative with strategy. It’s going to be tough tomorrow, but hopefully we can recover some positions because points are a real possibility."

Haas:
Esteban Gutierrez: "It was an interesting qualifying. I was pushing all the way as I really wanted to get into Q3. I took all the available risks that I could and I really enjoyed it out there. I’m happy the way we worked as a team. It proves that from Friday to Saturday we are making good progress and this gives me a lot of confidence. I’m really proud of the whole team. P11 is a good place to start and it leaves me hungry to keep pushing for the next one to try to get into Q3. Tomorrow I’m going to give it everything from the start and fight all the way with the guys in front to get into the top-10."

Romain Grosjean: "It’s not been a good weekend so far. We’ve had our problems, and things didn’t really go our way in qualifying either. The guys in the garage did an amazing job to get the car back together for qualifying after the gearbox issue this morning. I was feeling more comfortable in the car and I felt we had a good chance. Sadly, the last run in Q2 just didn’t work. I don’t know what happened. There was no grip. It’s tricky to find the right balance. We’ve got good top speed in the car and, hopefully, it behaves so I can have a good race."