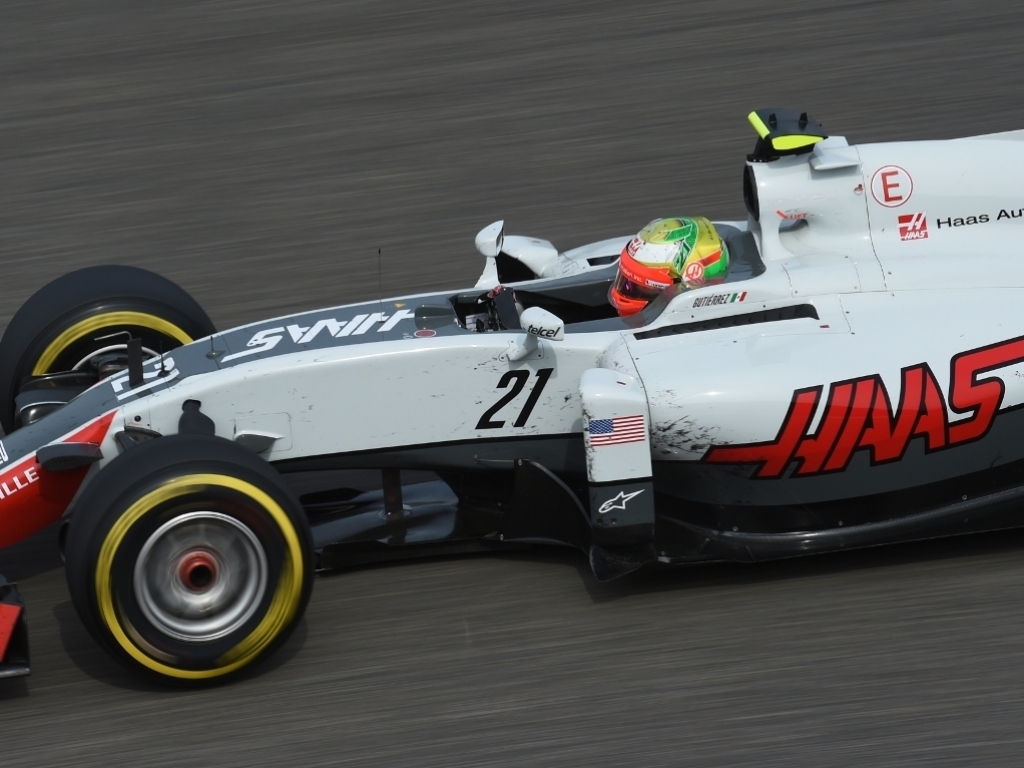 Haas:
Romain Grosjean: “I think the top-10 for us is sometimes a bit optimistic in qualifying. We’re always better in the race. In qualifying, we’re still missing a few things that we can improve, but it takes a bit of time. We had added a bit of front flap. It was maybe a bit too much. The conditions out there were also tricky today. The wind picked up a little bit at the end. It caused me a big snap into turn 15 (Stowe). The wind can really change the balance of the car here, depending on the direction. If we hadn’t had that, then we could’ve been closer to moving into Q3. Thirteenth for tomorrow is not the worst place to start the race. If our long-run pace is good, that should help us.”

Esteban Gutierrez: “Q1 was pretty good. I struggled a little in the beginning with the tyres, but then things started to get underway. In Q2, I had traffic in the first stint, which wasn’t ideal. During the second stint, the wind picked up and it became a little gusty out there, which didn’t allow us to extract the maximum from the car. However, we were pushing all the way, getting everything out of it that we could. We’re optimistic. We’ve done a good job as a team, so I’m confident that tomorrow will be a great race.”

Renault:
Kevin Magnussen: “We had three sets of tyres that we used for Q1 knowing that if we got through to Q2 we wouldn’t be able to fight for much higher: our maximum today was P16 and Q2. On my first set of tyres I went wide and over the track limits, which meant that I had my lap time deleted. On my third and final run I know that I didn’t run wide. Then, for Q2, I didn’t have any new tyres so we went out and tried our maximum for the run in that second session. We extracted the most out of the car today in terms of set-up and using the tyres. To make it into Q2 is probably more than we’d expected so I’m more than happy that the team is fighting as it does.”

Jolyon Palmer: “It was a very difficult session. I had been feeling good in the car all weekend but the last set of tyres didn’t switch on for some reason. Until then I was feeling OK but I had really bad grip for the last run, couldn’t improve and then missed out. I’m disappointed as I think there is more in there to improve. For the race it’s the same plan as usual – you never know what will happen. We showed in the last Grand Prix that you can make up positions and in Russia we came through as well, but it’s not going to be easy. The weather looks varied, which can be a help. We will keep our heads down and get on with it.”

Manor:
Rio Haryanto: “Yes, I’m quite happy with that performance. We always knew that this track would be more difficult for us, but personally, for me, it was a strong and consistent lap. We managed to beat the Sauber, but we’re not as close to Renault as we would like. Hopefully we will be a little stronger in the race tomorrow, as our long run pace is better.”

Pascal Wehrlein: “I’m disappointed of course, but not surprised. I’ve been very aware that this is a very different circuit. We’ve been struggling with tyre temperature here again and we tried many different things with the set-up to try to progress. I just wanted us to improve step by step but we didn’t manage to find a solution unfortunately. In dry conditions, I’m afraid we don’t have the car to do what we did in Austria. Our long run pace is a little better and then there’s the weather forecast, which is quite unpredictable. Of course, we hope for crazy weather to work in our favour, because what last weekend showed is that we can make the best of situations. I’m looking forward to it, as always, and I’ll do my best for the team’s home crowd. I’m expecting a challenging day though.”

Sauber:
Felipe Nasr: “First of all, I am glad that Marcus is ok after his accident. Looking back to qualifying, it was a disappointing session for me. I was confident that I could have finished a few positions higher today, as I was quite satisfied with the balance of the car until qualifying. My stint on the first set of soft tyres was ok, but then on the second set of soft tyres I had a lot of oversteer and was not able to improve my lap time significantly. We have to understand why we had such a shift with regard to the car’s balance. It will be a difficult race tomorrow, but the weather can also comes into play.”

Marcus Ericsson: “It was obviously a huge accident. I went a bit too wide on the kerb in Turn 15 and touched the grass, which was a bit wet. I lost the car and this was followed by a big impact with the barriers. I went to the medical centre, but, because of the impact, they wanted to send me to hospital. Many check-ups have been done and things are looking good. I am feeling a bit sore, but everything else is ok. It is obviously disappointing that I was not able to participate in qualifying, but the most important is that I am alright. I apologise to my car crew that I have caused them a lot of work.”