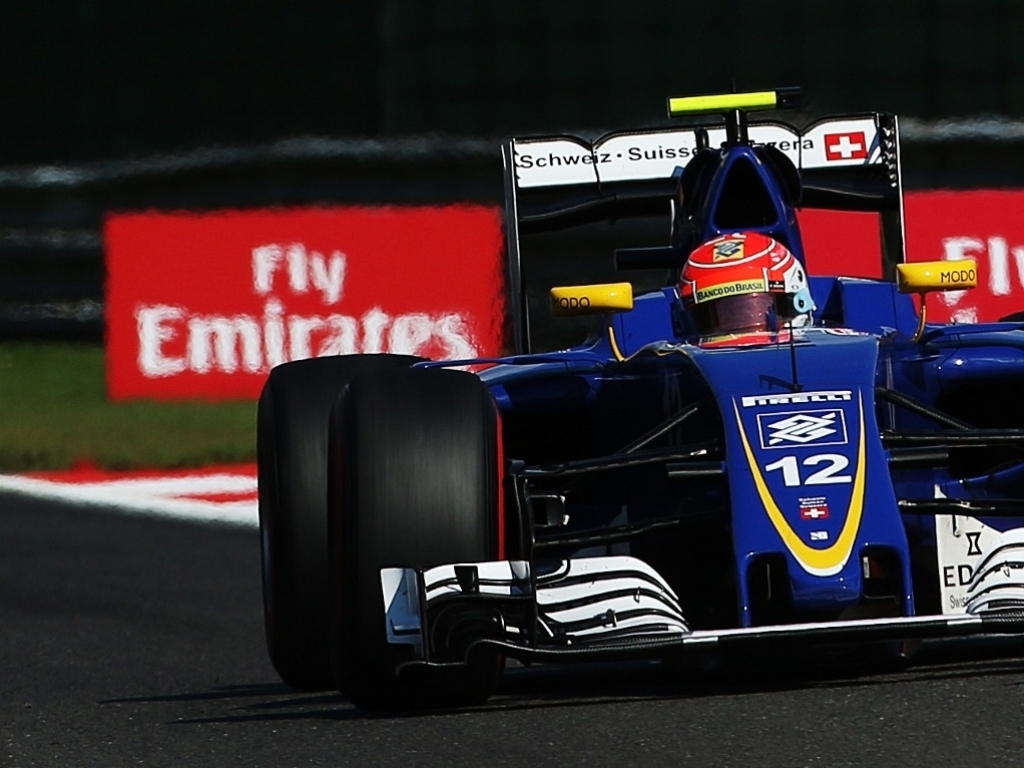 Haas, Renault, Toro Rosso and Manor all made an appearance in Q2 for the Belgian Grand Prix, Sauber dropped out in the opening segment.

Haas:
Romain Grosjean: “The car was fine in qualifying. We made a good step before the summer break, so I’m more happy with the car. There are still a few things we can improve but, generally, it’s not a bad place to be after qualifying. For the race, I don’t think we’ll be as challenged as some of the other teams. Hopefully, we can have a good, aggressive strategy and try to make it work to get some points.”

Esteban Gutierrez: “It was a really good effort from the team. We’ve been struggling with the car setup, but managed to find the best balance. In qualifying, it felt like a step forward considering the high track temperatures, which is making things a little complicated with the tires. In FP3 there was a miscommunication that cost us a five-place grid penalty, which is obviously very painful, but we will try to put that aside. I’ll start the race and give everything I’ve got to recover the lost positions and I’ll be fighting all the way to get into the top-10.”

Renault:
Kevin Magnussen: “Today we found a lot more pace than expected and that’s a nice surprise, obviously. My lap wasn’t even perfect; I really locked up in Turn 1 and lost a lot of time. I thought it was over, but pushed for the rest of the lap and got a decent time in. Even though we are P12, I think there was a little bit more in it and that’s encouraging for the race tomorrow.”

Jolyon Palmer: “I am pretty happy with that performance. It’s the second race running that I’ve been in Q2, but we can be especially pleased with this one as yesterday was tough and we turned it around. Having two in a row shows that Hockenheim wasn’t a one-off and we are making genuine progress. There are a lot of unknowns for the race tomorrow as the temperatures are sky-high and tyre degradation is worse than expected, but we have some advantages. Everyone in the top ten is starting on used tyres whereas we have a new set in hand. I’m now really looking forward to the race and trying to crack into the top ten if we can.”

Toro Rosso:
Carlos Sainz Jr: “It’s being a very tough weekend for us, maybe even a bit more than expected, and it’s disappointing not to be able to fight to get into Q3. On one side I’m happy because I know I’ve extracted the maximum out of the car today, but on the other side I’m sad to see us sitting in P15, a second off Q3. It’s not good enough. There’s a lot of analysis going on right now inside the team to see where we are losing so much performance – we know the reason for half of it, it’s due to the 2015 power unit, but we need to understand why we are not performing as expected in Sector 2. We’ve been slow all weekend so tomorrow’s race will be difficult. I’m confident that a right strategy will get us close to the top ten, but it won’t be easy to finish in the points. Having said that, we will give it our all and fight hard to finish as high up as possible.”

Daniil Kvyat: “Even if we are not where we would like to be, I think it wasn’t a bad qualifying session for me and I’m happy with my laps and my progress from Friday to today. My lap was pretty much the maximum of what I could’ve done today. We must accept that the car is where it is right now and, of course, it’s difficult for us but we just have to work with what we’ve got and try to move forward. I think that for the rest of the season this is what it’s going to be like and we will have to keep fighting, there’s no other choice. Tomorrow we will do our race and see where we end up – I don’t want to do any predictions, all I know is that it will be tricky but we will do our best with a package that isn’t competitive at this track.”

Manor:
Pascal Wehrlein: Well, I’m very happy that we made it through to Q2, of course; Q1 was incredible for us with P9. But unfortunately we had no new Supersoft tyres for Q2, so it’s a bit of shame, and I had to do my lap on used tyres. Q1 felt so good with new tyres, so you can see what was possible today; that last run was not our true pace. So it was a bit of a shame, but that decision has to be made much earlier in the year. We’re actually in a very good position for tomorrow, in terms of our position on the grid and also with the tyres we have available for the race. Degradation will be high at this track, so we’ll be okay I think. And, yes, I’ve been very happy with the weekend so far. It’s all gone pretty much to plan and I’m looking forward to the race.”

Esteban Ocon: “Pretty tough, I have to say. I’ve been pretty happy with my pace generally but it’s not easy to start your F1 career more than halfway through the season. I need more time in the car and with the Supersoft tyre and even managing the traffic; that’s quite a challenge too with all the cars slowing down after their laps. It takes more experience than I have in three practice sessions to really extract the maximum out of everything. That’s something to look forward to with each new race though, improving step by step. I was very quick on the Soft tyre, so although I’m a little disappointed today, I’m also excited about what is yet to come. Tomorrow I will be the happiest guy on the grid. It’s my first race and I can’t wait for the whole experience of preparing for the race, the grid, lights out, pit stops – everything. Again, the race will bring its own challenges, as it’s my first one, but I’m really happy with the work we’ve done in practice. I’m happy on the Medium and Soft tyre, and with the long run pace, so I’m just going to stay focused on the goal, which is to have a strong clean race, get a good result for the team, learn a lot and have fun with it too.”

Sauber:
Felipe Nasr: “I was close to making it into Q2. I put in a decent lap at the end of Q1, but I just missed some lap time in sector three, as I struggled with the grip, especially on the rear, in the last corner. On the first try my lap time was deleted because I went on the inside kerb exceeding the track limits in Turn 4. On my second and last try I was able to improve, but it was not enough for Q2. It will be a long race tomorrow; there is lot that can happen.”

Marcus Ericsson: “It was a disappointing qualifying for me. We already had issues with the power unit in the morning. We managed to fix it for the end of FP3, so I was at least able to go out for a couple of laps. Then in qualifying I had a lack of power again, and, therefore, I lost lap time, especially on the straights. We need to investigate and sort these issues out for tomorrow.”