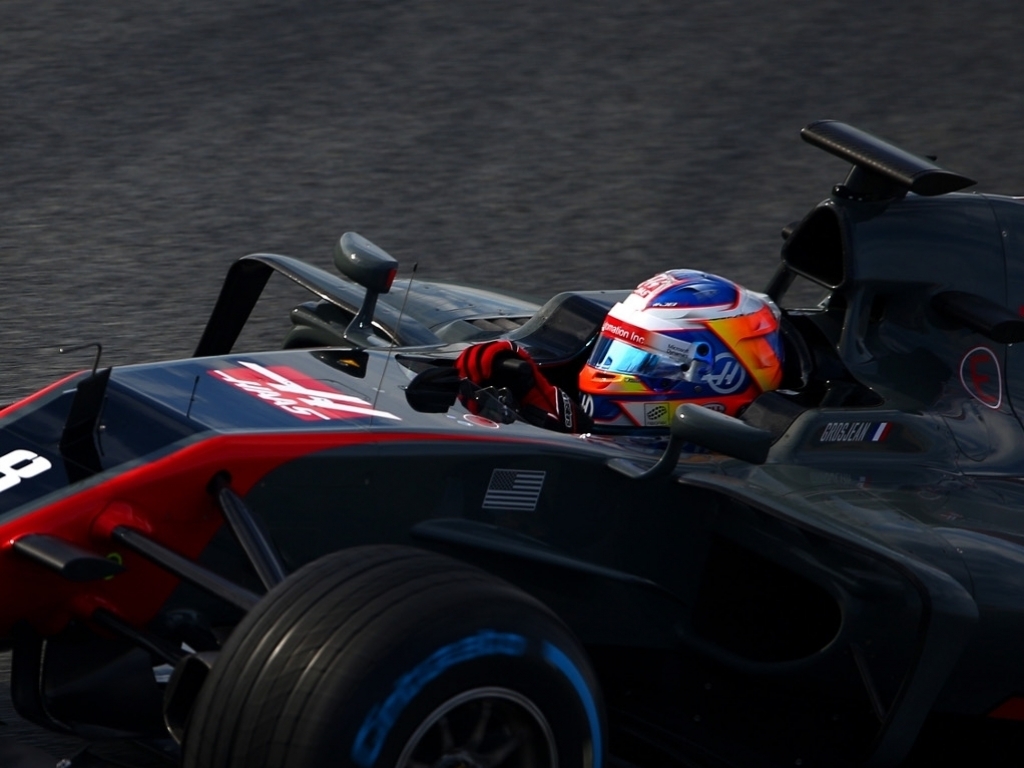 Romain Grosjean caught the eye in P6 for Haas, but Williams rookie Lance Stroll will start at the back of the grid.

Romain Grosjean: "Happy day. It was quite an unbelievable qualifying session for us. It's a shame that we didn't get Kevin there, but the car is looking good, even better than what we've seen recently. We've made some good progress over the weekend. There's a lot more we can understand and analyze but, generally, it's a great start for us. It's always good to start with a strong qualifying session. It tells you that if you keep improving the car, you could be in a good place very soon. If that's our baseline, and you can fight between sixth and 10th position, where it's so tight, it would be great to be there most of the time and enjoy some good times. Tomorrow's start is a big unknown. We've been practicing and some have been good, others not so much. Hopefully, we'll get the first one right tomorrow."

Kevin Magnussen: "Went off the track in turn 12 on both of my laps – really annoyed with that. The car was there in qualifying. My lap was good until I went off. Both times my lap was good. I'm disappointed with that. We should've been a lot further up the grid. Now, I have to fight quite hard in the race. There's still a lot that can happen and I will give it my best tomorrow. The good thing is the car looks competitive. Romain made it to Q3, which shows the potential of the car. I'm pretty sure I could've been very close to that if I hadn't messed up and got off the track. I think I was just too keen to make up for my slow start to the weekend. I had a few places that I knew I had to sort out, and when you're in qualifying trying to sort out things like that, it's not optimal. It would've been nice to do that in practice, but that's the situation I was in and I messed up by going off the track two times. I went for it and twice it went wrong. The first time I did it flat out to see where the limit was and I went off. The second time I asked for a little bit more front wing and I went a bit slower to get it right, but I didn't get it right. It's very annoying when you see how good the car is. I'm gutted not to be up there and give myself a better chance at some points."

Felipe Massa: "It was a good qualifying session. I am happy with my qualifying and the laps I was doing. It’s the first qualifying session of the season and the first time I have used the new ultrasoft tyres, after missing some laps on those yesterday. All in all I was happy with qualifying. Sixth would have been a great position for us today but I think Romain did a very good lap, which I was not able to beat. That said, I am sure we can fight in the race and I’m really looking forward to making the first race of the season a good one."

Lance Stroll: "The day started off tough and it was hard to recoup from that. What happened in FP3 was a little touch and it led to a lot of things. The qualifying session was in a rush and we didn’t get to do what we had planned. However, the team did a great job to get me out in qualifying so a big thank you to them. I think we have to forget about today, especially as our pace was much better than that, and in FP2 we were over half a second quicker than in qualifying. Obviously it is a long race and, played intelligently, we can do something but we will work that out tonight and see about tomorrow. I now want to put the day behind me and move on to the race, which will be interesting starting from the back."

Carlos Sainz: "We can call today a good but not perfect day. We definitely started the qualifying session very far off from a balance point of view compared to yesterday; we lacked a bit of stability on the car and it wasn't giving me as much confidence as on Friday. I therefore had to go little by little instead of pushing straight away from the beginning… That's why it wasn't the perfect start but it ended well. Getting into Q3 was difficult, as it was all very tight, but in the end it all came together and I'm definitely satisfied with our result. As a team, we can also be very happy because we got both cars through to Q3. To start tomorrow's race from P8 is a very decent spot and I think it's going to be a very exciting one… Bring it on!"

Daniil Kvyat: "It's good to get through to Q3 with both cars, we can be happy with our Saturday. We missed a bit of test time a few weeks ago in Barcelona, so we came here still improving through the whole of yesterday. We did a good jump overnight and we were able to put a good lap together in today's qualifying, which was very tight! Q1 was difficult for everyone because the track always does what it wants here, so we had to pick-up information and learn very fast, which we did. The team has been flawless so far this weekend, so I'd like to congratulate everybody for the great job done so far. Therefore, I can say we're pretty satisfied after today's result; we've made a good step forward, the car gives us confidence, is quite fast and we can look forward to converting this into something positive in tomorrow's race."