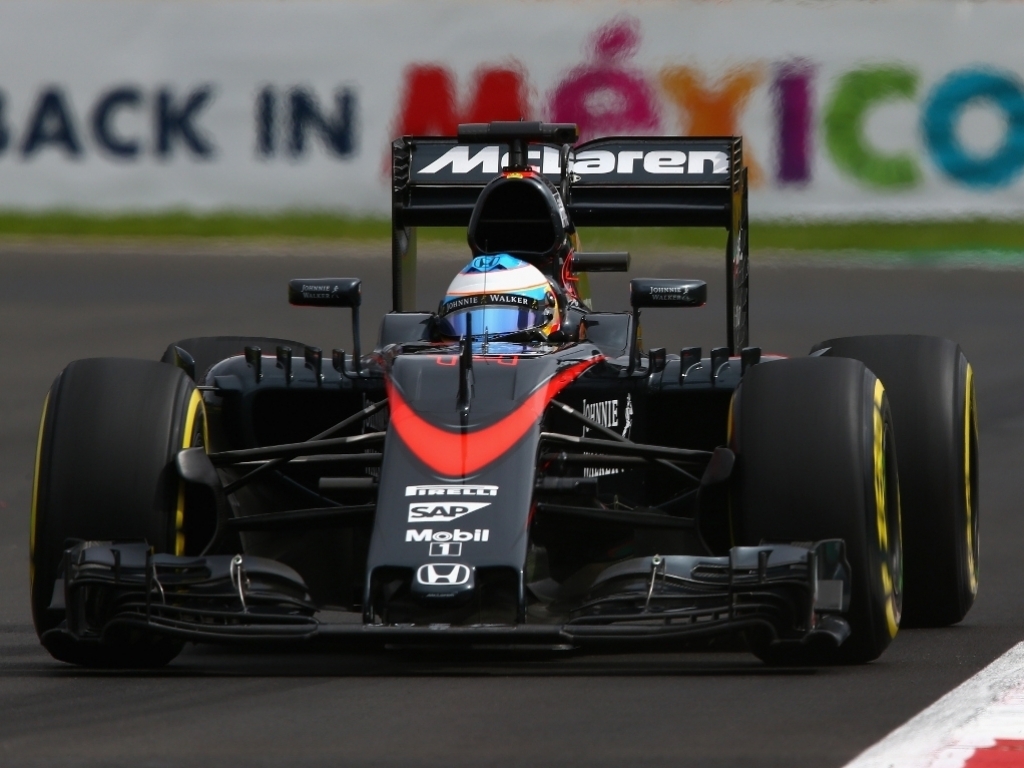 More problems for Jenson Button with the Brit missing the entire qualifying session while Fernando Alonso crashed out in Q1.

Lotus
Romain Grosjean: “We’re at a very high altitude, at a track with very low grip, requiring good downforce – which we know are not our strongest points – so we weren’t massively confident of our performance heading into qualifying. We did better than expected, even though we struggled to get the tyres to work. We still have a good opportunity tomorrow; it’s a long race where everyone’s brakes and engines are likely to struggle. The start will be very important; we’ll try to use all our experience and make a decent result happen.”

Pastor Maldonado: “I was hoping for a little bit better from qualifying but we were struggling for front grip and the rear stability wasn’t fantastic. We expected more of a benefit from running with the new tyres but we weren’t able to unlock it. It’s a long race, we usually have good race pace so let’s go for some more points.”

Sauber
Marcus Ericsson: “We have done a solid job improving the balance of the car over the weekend. I have been struggling in the free practice session, and I did not feel comfortable in the car. P14 is a decent result, but I am still a bit frustrated because in Q1 I got the maximum out of the car, but then in Q2 I struggled a bit more, especially in the last sector due to not having enough grip at the rear. However, it is important that we make progress session by session.”

Felipe Nasr: “It was a difficult qualifying for me. In general I was struggling with the low grip level. On my second run in Q1 I did not have enough rear grip, so I was sliding a lot mostly in the entry to the corners. We have to understand the reasons for this. Starting from this position is not satisfying, however, it is going to be a long race tomorrow, and I will do my very best to make up positions.”

McLaren
Fernando Alonso: “We went into qualifying knowing that our penalties would relegate us to the last row of the grid. So there wasn’t much to gain from qualifying this afternoon. It was more about finding out how the car felt; using up tyres and engine mileage for no reason made little sense. We need some rain and chaos tomorrow. We have plenty of fresh sets of tyres – both dries and wets – so let’s see what we can do. Hopefully, we can recover some places in the race.”

Jenson Button: “We had a misfire on my engine this morning, and we had to change it to make sure everything was okay for tomorrow, which meant I couldn’t qualify. Whatever happened in qualifying, I was always going to start last because of my penalties. Still, the racer in me wanted to get out there and do the best I could. I’ve done hardly any laps this weekend, and, without any high-fuel running under my belt, the race is going to be difficult for me. It’s been a tough weekend – but I’m still looking forward to tomorrow. It’s always fun racing on a new circuit, and it’ll be exciting too, because you never know what might happen.”

Manor
Alexander Rossi: “It wasn’t the best start to the day, with the braking issues I experienced in FP3, but I’m pretty pleased with the way the team rectified that problem and we were able to give qualifying all we had. The grip level has improved with each new session, so this morning was frustrating because of the level of evolution I could see was happening. That was valuable preparation time for qualifying, but we don’t seem to have fared so badly, and today was in fact the team’s best qualifying performance since Monza. It was a scrappy lap because of all of that, so there was perhaps some time to be gained, but I’m happy with where I’ll start the race and I’m very excited about racing here tomorrow. It’s a great track and it provides an element of challenge that could benefit us in the same way as Austin; we just need to be prepared.”

Will Stevens: “I went out on my first run and the throttle was sticking, so I had to abort the run. On the way in I was called to the weighbridge, so I ended up only having one run. The combination of the low grip track conditions, and the fact that we haven’t had as much running as we would have liked here, has put us on the back foot, so I’m actually quite happy to be as close as I am to Alex. It’s incredibly frustrating to be honest. That aside, I’m looking forward to the race tomorrow and a good battle with Alex.”