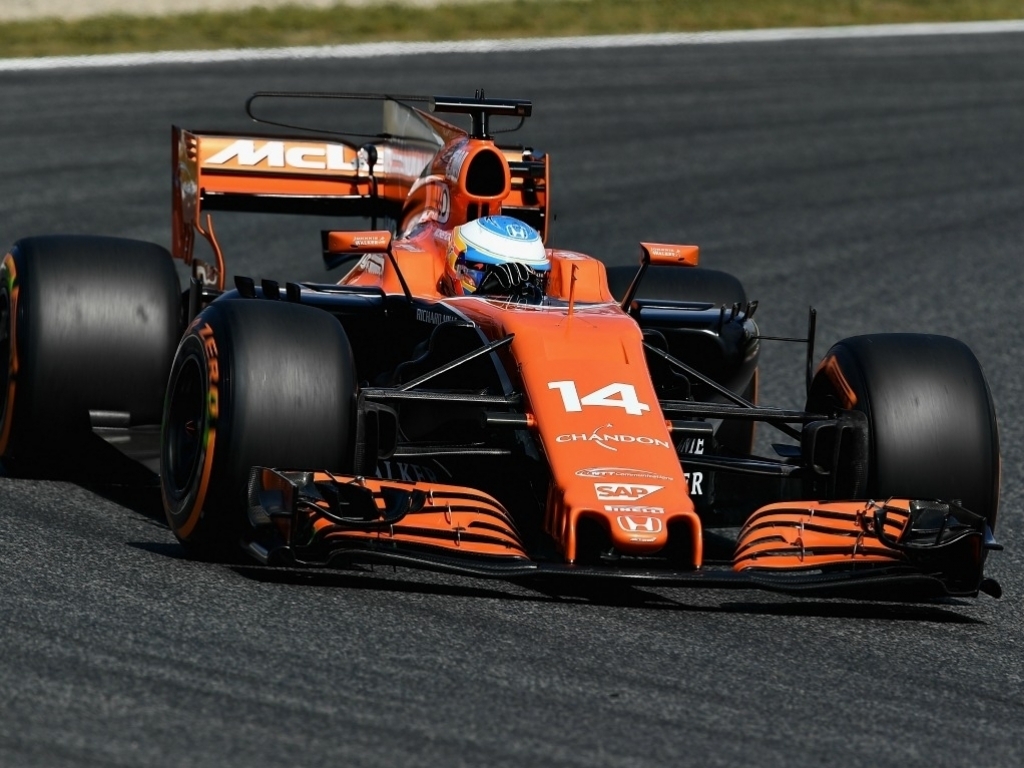 Fernando Alonso sent the home crowd wild with an astonishing P7 in quali, but there was a Q1 exit for Lance Stroll.

McLaren
Fernando Alonso: “Today is one of those days where everything goes right and everything is meeting and exceeding expectations. I’m definitely happy, surprisingly happy, after how our weekend started yesterday, and our qualifying results so far this season. P7 was not something we were even thinking about. Even if yesterday we didn’t do much running, the car performed quite well and the upgrades were working fine. Today we put everything together, I felt confident in the car – in spite of quite windy and tricky conditions – and I need that confidence to push and gain those couple of tenths in quali. All the support I get from the people here in Spain always gives me extra motivation, so the extra tenths today were because of them. I’m so happy for the team because these guys work so hard. Being on the grid tomorrow among the cars that we should always be fighting with to get to the top positions will be a boost for all the guys. But, the race is tomorrow, and that’s when the points will be given out. We need to try to maintain this position as much as possible with a good strategy executed well, and a good start of course.”

Stoffel Vandoorne: “I don’t really know what happened today. Yesterday I was feeling quite comfortable and confident in the car, happy with the performance, and everything was moving in the right direction to do a bit better today. It’s a shame we weren’t able to translate that in qualifying, because I think the potential was definitely there to get into Q2. It seems like we lost a bit of performance compared to yesterday, and at the moment there’s no real explanation why. But it’s been a difficult start to the season altogether, so hopefully tomorrow we can do something better. Today I struggled a bit in both sessions – everything felt a little bit more difficult – and I don’t really know why as I say. We need to analyse the data tonight and see what happened and what we can do for tomorrow. It’s not been an easy start to the weekend for the team again and the most important thing is that we get on top of those issues and have some smooth running for the rest of the weekend. I don’t have any targets for tomorrow – just to run a smooth race without any issues. I think strategy will be quite important and we’ll see what’s possible. Fernando getting through to Q3 shows that the car is going in the right direction. We just need to makes sure we put it all together. Everyone is keeping their head down and trying to push as much as they can to improve this situation, so hopefully we can see some improvements over the next few races.”

Force India
Sergio Perez: “I’m very happy to be up in P8, although I am a bit disappointed to lose out to Fernando [Alonso] by such a small margin. This result comes as a bit of a surprise after some difficult practice sessions, but I think the team did everything right this afternoon. I think the key to our performance was the way we approached our warm-up lap because we got the tyres in the correct window and found the grip when it mattered. The race is going to be long, but I have a new set of tyres, which we managed to save in Q1, and that should make a difference tomorrow. Overtaking is difficult here, so I hope I can make up some ground at the start: we have some very quick cars behind us who will give us a challenge, but I think we’re on course for a good race.”

Esteban Ocon: “It’s great to make Q3 again, but I am disappointed not to be higher up the grid. My lap in Q3 was heavily compromised because I didn’t get the DRS to work – I pressed the button too early and the DRS didn’t open. So I missed out on some performance – maybe three tenths, which would have made a big difference. On the other hand, as a team we have both cars inside the top ten and we’ve shown that when it matters we are strong and consistent. That’s encouraging for tomorrow and for the races to come. A good start and strong first lap will be important tomorrow and I’m confident we have the speed to get a good result.”

Williams
Felipe Massa: “It wasn’t a fantastic qualifying, because we knew the best we could achieve today was seventh, and we’re ninth. I struggled with overheating on the tyres throughout qualifying, especially in sector three. It was quite difficult even to get into Q2, and Q3, because the tyres were getting too hot. I was really slow on all of my out-laps, slower than all the other cars, but it just wasn’t working. I then decided to go even slower to see if the tyres could survive for the last sector. It helped, because I picked up some pace, maybe four tenths, and I managed to make it through to Q2. In Q3 I was the slowest car on my out-lap again, but the tyres were too hot in sector three and I lost a bit of time and maybe a couple of positions because of the issue. But, the race is tomorrow. We will try to do the best we can and fight with the teams around us, even the McLaren is in the mix. Fernando did a great job today.”

Lance Stroll: “It has just been tough for us today and all weekend to get the tyre working properly. The low grip situation is hard for us. But I was actually not too disappointed by my lap. I was three tenths off Felipe and for me at this stage that is not too bad, but it has definitely been tough to get our car where it should be and working the way it normally does. We can only focus on tomorrow now, as today was not what we were hoping for. The pitstop strategy will be a tricky call as it’s difficult to overtake here, but we will look into that tonight and see which way we go.”

Haas
Kevin Magnussen: “It’s always frustrating when you miss out on Q3 by a small amount. You can always say that you had it in there, but you know we’ll get there. Q3 is not far away. I think I nearly maximized everything. There’s always a little bit more you can do, but so can everyone. I don’t think this is our track, really. It’s good to see that the upgrades have worked a little bit. It hasn’t been negative. We just need to build on it and get into Q3. We only need to get one car tomorrow then we’re in the points. Of course, we would like more than one point, but even that would be satisfying to get out of here with something. I’ll cross my fingers for a good start. Hopefully, the temperature will drop and the wind will die down and it’ll make it a bit easier for us.”

Romain Grosjean: “I was hoping for more than P14. Without that last spin on the last lap, perhaps we could have done better. Anyway, the car balance has been very tricky and the wind makes it very unpredictable. We struggled with that, so there are a few things we need to work on because I don’t think we’re operating as we should be in some areas. The problem right now is that if I push it to the limit, one corner’s going to be fine but the next it goes away. That’s a big problem for me as I’m struggling to drive it when it’s like this. The car is not reacting as I would like and the grip is very low. We’ll see how it goes tomorrow in the race.”