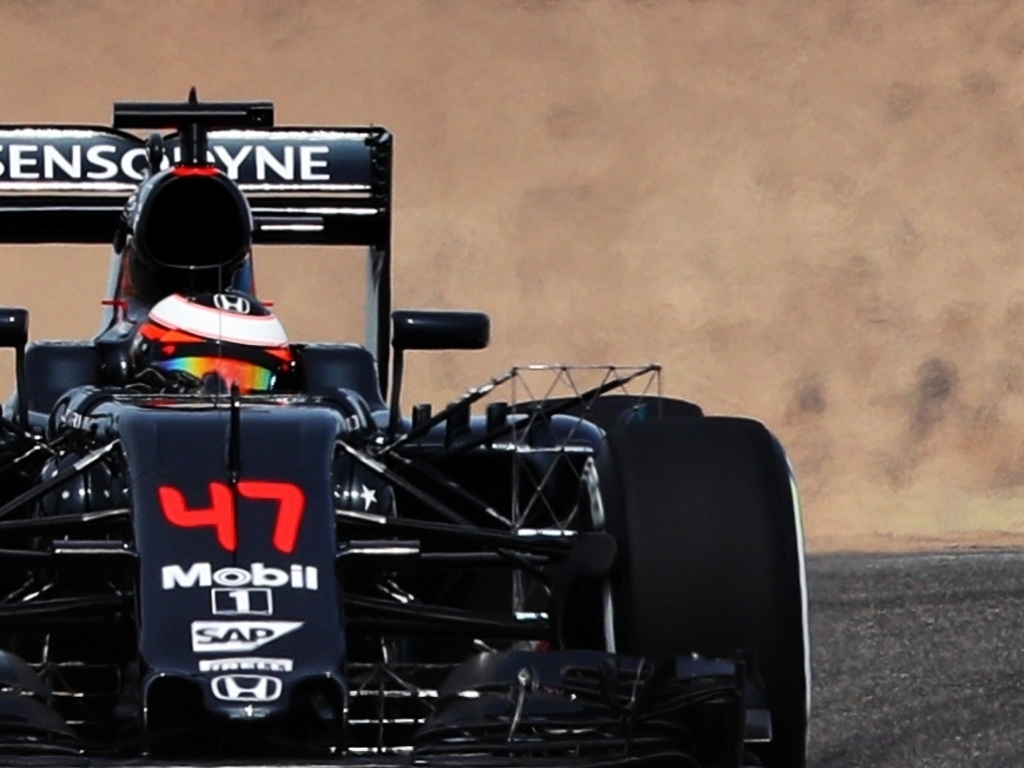 After Friday’s high, McLaren failed to make it into Q3 in Bahrain, slowest overall barring Manor, Sauber and Renault…

McLaren:
Stoffel Vandoorne: “I think I can be pretty happy with today’s result. I didn’t really know what to expect, but from yesterday onwards I’ve felt quite confident in the car and today was all about fine-tuning it. Free practice earlier today was quite good; I still knew there was a bit more time to come, and I think we more or less maximised everything in qualifying today. It was a close call in Q1, but then in Q2 I had a clean lap without mistakes. We could see it was very close in front of us, and if we’d gained one or two tenths we could maybe have got into Q3. So unless you’re on pole there’s always some margin for improvement, but overall I’m very happy with the qualifying I just had. I knew after yesterday and this morning that I had quite similar pace to Jenson, and that if I improved a little bit I could maybe therefore challenge him. He’s a world champion, and an excellent driver obviously, so he’s been a really good benchmark for me this weekend. I have a lot of respect for him. I’ve won here in Bahrain before, and I like the circuit. I know it well – and it definitely helps if you know a circuit before you make your grand prix debut there. Obviously I didn’t know the car before getting here this weekend, but it helped that I knew the circuit.

Jenson Button: “The car has been really good all weekend: I’ve been mostly struggling with a bit of understeer, but, for my Q2 run, we came up a tiny bit on the front wing, and the car was the complete opposite – big oversteer. Oversteer is not something I particularly like – so I wasn’t very happy with my Q2 lap. Having said that, Stoffel did a good job today, and I didn’t do such a good job. He’s very competitive, he’s quick, he’s won here before, and I think he’s proven how good he is around a place like this. We knew how quick he could be – especially over one lap. He’s been a big part of this team for the past couple of years, and as I say he did a really good job.”

Manor:
Pascal Wehrlein: “I’m so happy! Such a difference from Melbourne! It was a shame to miss out on Q2 but I’m so pleased to be as close as we are and it’s a really good position to build from. I need to thank the team for their hard work in giving me a car I felt comfortable in. We’re in a good place for tomorrow, although we’re still experiencing some degradation issues on the long runs. It’s a long race, so we need to manage that. It would be great to get the same kind of start as the last race and I hope we can stay competitive with the cars around us.”

Rio Haryanto: “After a really good FP3 this morning I’m quite disappointed with my qualifying session. I only had time for one shot at it again and I didn’t get enough out of my push lap. Clearly there is more to come from the car and from me so we’ll have to see what happens with this format and work to optimise whatever solution we have in China. It’s a harder job for tomorrow now but I’m still looking forward to it as I was much happier with our race pace yesterday.”

Sauber:
Marcus Ericsson: “It was a decent qualifying, even though the result is not satisfying. As a team we have done a good job over the weekend with regard to the set-up of the car. We all know that we need to find more pace, because we cannot be happy being knocked out in Q1 again. We want to proceed and go further. For the moment we have to see what tomorrow brings. The race is a different story, but, as always, I will do my best.”

Felipe Nasr: “Clearly, we do have some issues with my car. We have to look into this in more detail. On the other hand, we have a good reference point with the other car in our garage, so we have to analyse the data and understand what we have to change for tomorrow.”

Renault:
Kevin Magnussen: “I only had one qualifying lap this session as we are keeping our new tyres for the race, and the field is quite close where we are at the moment. Without the penalty we would have approached qualifying in a normal fashion and I think we would have had been able to qualify as high as we did in Melbourne. Looking at our pace, we could achieve a result in the midfield tomorrow but it’s a long race and a lot can happen. We will go into the race and we’ll do the best we can. I want to enjoy it and hope for some good surprises!

Jolyon Palmer: “The team did a good job; we avoided the first drop and operationally, I think we have a sound understanding of qualifying. We gave it as good a shot as we could but in the end the pace wasn’t there. Our race pace was a lot better than our qualifying performance in Melbourne so hopefully the same situation is being exaggerated here. I’m aiming to have a strong race getting as far up the order as possible. It’s easier to overtake here than it was in Melbourne so we’ll give it a good go. Anything can happen.”