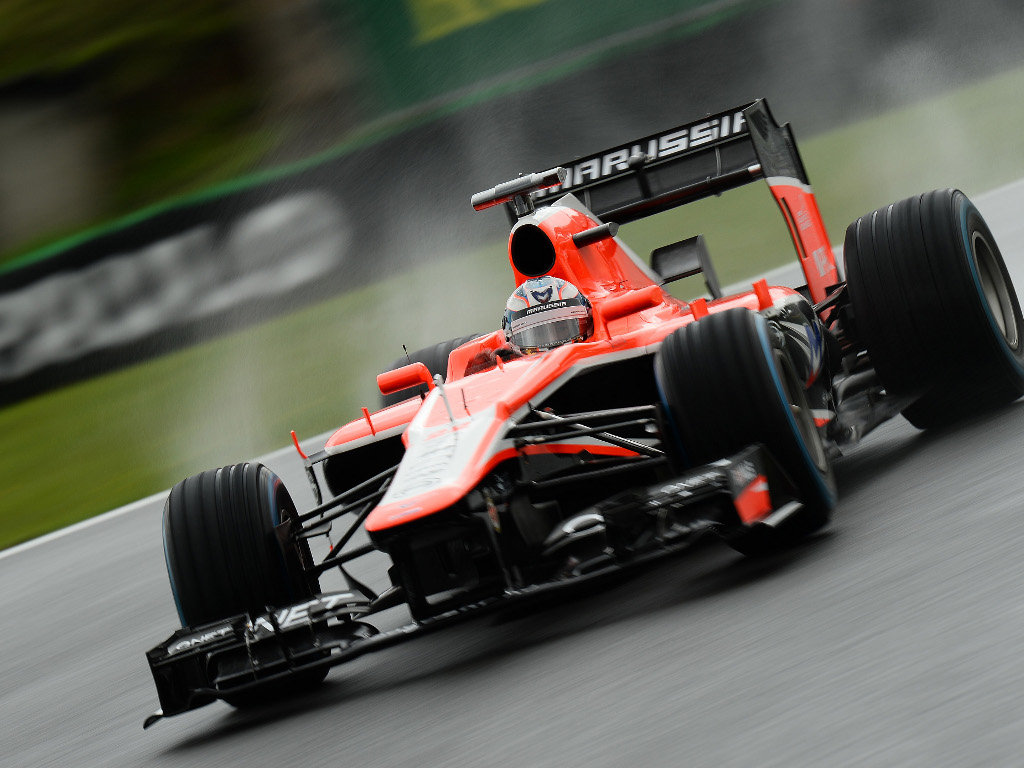 McLaren:
Sergio Perez: “It’s hard to know for sure, but I think we made the correct decision to run in qualifying when we did, but the car wasn’t responding properly. I think perhaps we got the tyre pressures incorrect because I couldn’t find enough grip out there. My accident in Q2 looked bigger than it actually was – as soon as I lost the car, I went over the grass and hit the wall – but it was only a slight hit, and the car wasn’t too badly damaged. It’s a pity, but I was giving it my all. I knew it was my last opportunity to set a time; it was getting wetter, and I was pushing right to the limit, because I knew the car wasn’t responding well. I was trying my hardest, in other words. In similar conditions, I still think we can make up some positions tomorrow. I’m looking forward to the race – I hope we can end the season on a high.”

Jenson Button: “We sat out most of FP3 in order to save tyres, which felt like the right thing to do at the time, but in retrospect maybe it wasn’t the right call. After all, we hadn’t run in wet conditions on the Intermediate tyres before qualifying, so we weren’t prepared for the problems we then encountered. But hindsight is a wonderful thing. We were running a low-downforce configuration, which probably didn’t help either. We felt that set-up was working for us yesterday, when it wasn’t as wet, but it probably hurt us in getting pressure into the tyre. Still, we were good in Q1 – I ended up in P7 – but, when it rained harder in Q2, I couldn’t get enough temperature into the tyres. Hopefully, we can mix it up a bit tomorrow – although the weather on Sunday is supposed to be a bit drier. Hopefully, though, we’ll have some good racing, and we won’t spend too long behind the Safety Car!”

Caterham:
Charles Pic: We made a lot of changes to the car overnight and started FP3 with an installation lap on wets as the track had a lot more water on it than yesterday. About halfway through the session the conditions had improved enough to go out again and we did a seven lap run, again on wets, which gives us more information for tomorrow. With about ten minutes left there was a dry line appearing so we went for the performance run on inters – it was ok but we knew there was more to come for quali. The rain was still falling at the start of qualifying, but not enough for wets so we went out early with the whole pack to maximise our running time on the inters. It was very tricky out there but I’m happy with how it finished. We’ve had a balance issue for the last three races that we’ve worked a lot on and this weekend it’s come good, so I’m pleased with my final time in Q1. The main aim was to be in front of our nearest rivals and we’ve done that, keeping in reserve an extra set of intermediates, so we start what could be a fascinating race tomorrow where we’d aimed for and if it keeps raining like this we could have a chance of reclaiming tenth place in the Championship.”

Giedo van der Garde: “FP3 was obviously very wet so we were pretty cautious with the runplan, wanting to make sure we hung on to tyres for Sunday, but overall the car felt pretty good on both full wets and inters. We were trying a few diff settings as well and when we switched to inters for the last run it was definitely getting quicker, but I didn’t get a completely clean lap so, even with the time we ended up with in the session, I was still positive about what we could do in qualifying. In Q1 we went out immediately on inters but on my fastest lap I made a mistake in sector two which cost me quite a lot of time. The car balance didn’t feel great but I think there was still more to come, not enough for Q2 today but now it’s all about tomorrow. We’ve saved a set of inters for tomorrow so we’re in good shape with the tyres we have available. Our car’s good in the wet, I really like this sort of weather and we all know what we have to do. We’ve been here before, on this track and in these circumstances, so we know what we have to do on Sunday. Honestly, I’m excited about it – it’s going to be super tense but that’s what this is all about.”

Marussia:
Jules Bianchi: “A very difficult qualifying today. We had to do everything we could early on as we knew the rain was coming, but in the end the window of opportunity was really only one lap. For everything after that it was too wet to improve. I’d made a big mistake at the end of my one quick lap as well, so it’s disappointing as I was so close to Van der Garde. So now we just have to be positive for the race and do everything possible to achieve the right result for the Team.”

Max Chilton: “It was pretty tricky out there today and there were a few hairy moments, that’s for sure. We left the pits immediately as the rain was heading in and it was literally a one-lap dash. I was happy with my first and last sectors, even though I had a big moment at turn 3. I struggled a little with the balance but it should be fine tomorrow and that’s the day that counts.”