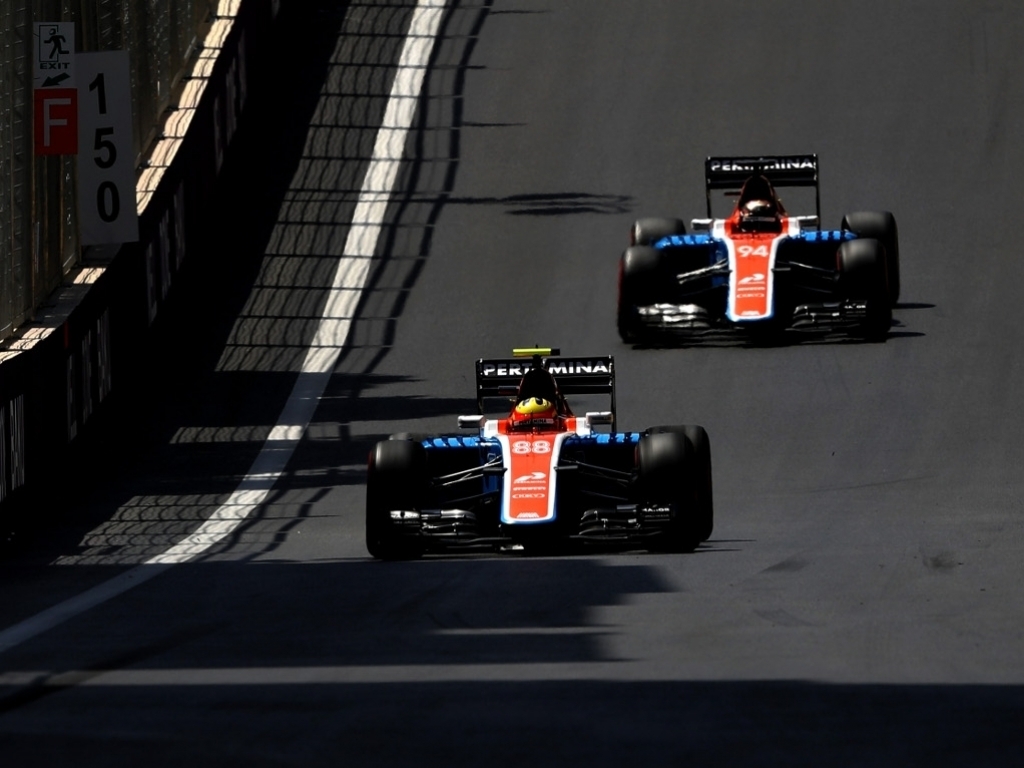 McLaren:
Fernando Alonso: “That was quite a tricky qualifying session: Q1 was very stressful, in fact, as it wasn’t easy to do a clean lap as there were a lot of incidents, yellow flags and traffic. It was tough. While we didn’t quite have the pace to get into Q3 today, because other teams are able to turn up their engines, we didn’t maximise our potential either, as I believe we could’ve qualified a little bit better than 14th.

Jenson Button:”In Q1, I locked up into Turn 15 – we’d fitted new brakes ahead of quali, which we always do, but they were a bit more ‘grabby’. It’s a real shame because I’d been seventh or eighth all weekend – and while I’m not sure we’re that quick, we’re definitely not 19th either. It isn’t easy around here because of the traffic, but after I’d flat-spotted, I did a donut to spin the car back around, and that isn’t usually the best thing for these tyres, so we should have come in and fitted a fresh set of tyres for the rest of Q1. We thought we’d have more of a margin – but that wasn’t quite the case. We just need to have some fun tomorrow.”

Sauber:
Felipe Nasr: “Overall it was a good qualifying. First of all, I want to say a big thank you to everyone in the team. We put everything together today. In qualifying we managed to beat Renault and Manor, which is a good sign. I felt I pushed the car to the limit and the team made a good job timing-wise. We can be pleased that we made it into Q2. It is still far from what we want to achieve, but it is already a step forward. We will keep on fighting tomorrow in the race.”

Marcus Ericsson: “It was a disappointing session for me. It was a bit messy, as I had some traffic on the first as well as the second set of tyres. On my last try I was pushing to the maximum, and was a bit over the limit! It is a street track, so you need to be as close as possible to the walls. I was a bit too close and brushed them slightly, so I lost some lap time. It was a disappointing result for me. Nevertheless, I want to say a big thank you to my car crew. They have been working really hard this weekend to get me on track for every session. I will fight hard for them tomorrow.”

Manor:
Rio Haryanto: “It was a good lap for me today so I’m really pleased. We made some changes on the car for FP3, which worked well. We were also very close to Q2 but unfortunately I only managed one timed lap on the second set of tyres and when I tried to go again there was a yellow flag. We need to be very focused now for tomorrow; although the GP2 race showed that anything is possible, we have to make sure we have a good start and a strong, clean race without any mistakes if we’re to take advantage of opportunities. We will try our best and hope everything goes our way but for now this is a nice moment to enjoy.”

Pascal Wehrlein: “I’m a bit disappointed with qualifying as Q2 was definitely possible today. The DRS was disabled on my quickest lap when the yellow flag came out in turns 3 and 4, so I lost a couple of tenths there. My second lap was better from that point of view but I lost a couple more tenths due to tyre degradation. We had good pace for sure and our package is working well here. That’s how it is today but tomorrow is a new day and I’ll give it my best shot. The most important thing is to finish the race, as I’m sure there will be some good opportunities tomorrow after seeing how GP2 went today. With Safety Cars, and a strong performance for us, a really good result is possible.”

Renault:
Kevin Magnussen: “The session was pretty straightforward with the simple factor that we’re not fast enough here. In FP3 we realised we didn’t have the relative pace with the car even if it was feeling quite good to drive so we tried something different with the set-up. Ultimately, it was good to try and it improved the car in some areas but didn’t in others. We knew this season would be tough at some moments, and this is certainly one of them! We have a plan for the future and that’s what we’re all working for. Yes, today didn’t look great but we’re learning all the time and this is bringing rewards.”

Jolyon Palmer: “The potential is there for a huge amount more but it wasn’t to be today. I had a really, really good second run but it had to be aborted due to yellow flags. Unfortunately I made a mistake on my final timed lap which lost me about half a second, and I had no tow over the start/finish line which is worth another few tenths. We could have been a lot quicker. It’s a tough track; it’s really fun to drive and I’ve enjoyed it so far. We have it all to do tomorrow so let’s see what happens.”