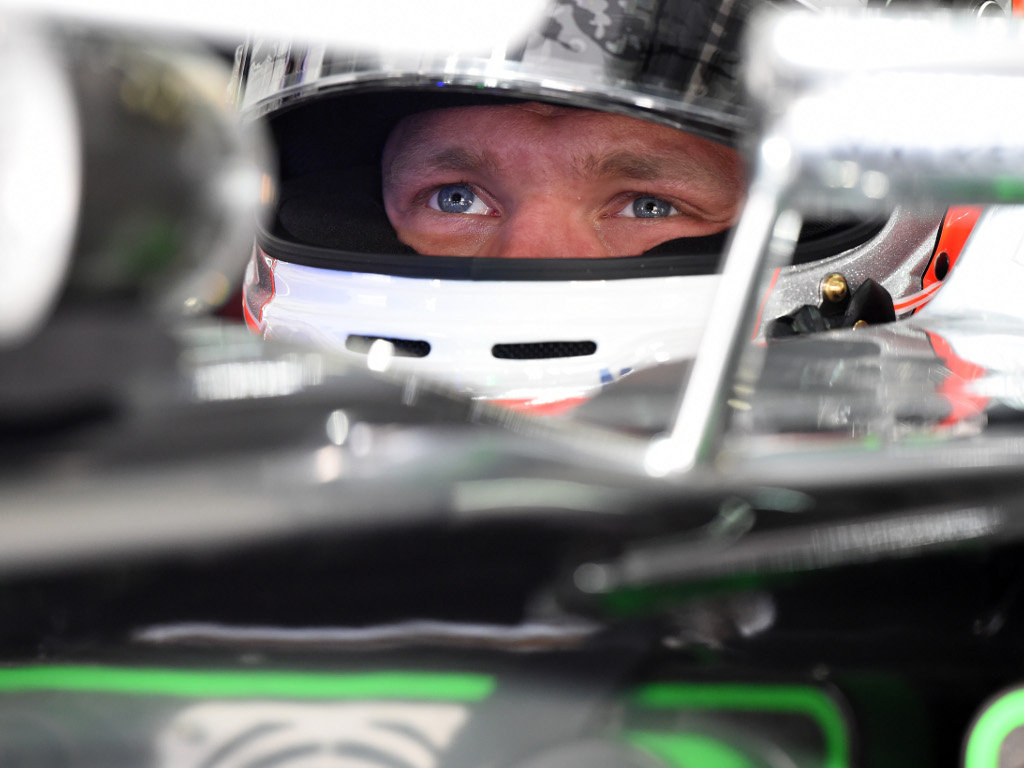 There were top ten times in Malaysian qualifying for Kevin Magnussen, Jean-Eric Vergne and Jenson Button…

McLaren:
Kevin Magnussen: “The car isn’t too bad in these rainy conditions, but I think we just got the timings a bit wrong. I’m still learning about Inters and Full Wets, so it was hard to make the right calls this afternoon. But I’m discovering more all the time, and overall I’d say today was good experience for me. Eighth isn’t too bad, but it isn’t too good either. It’s certainly not satisfying, because it’s not where we want to be. It’s a shame I went off near the end of Q2 – the trip into the gravel caused some damage to the floor – I don’t know how much performance we lost, but I think we could have done a little bit more in Q3 if the car had been in one piece. Our car feels good, and it definitely has untapped potential. I think we can do a better job tomorrow. The pace probably isn’t quite there yet for us to be able to fight for outright victory, but we’ll be in the mix. Let’s see what happens.”

Jenson Button: “The decision to run on Inters in Q3 was my choice. I usually make those kinds of calls – and tend to get them right – but I got it wrong today. When you’re quick enough to be fastest on Full Wets, then choosing to run on Inters isn’t worth the gamble; but, when you’re fighting at the back of the top 10, it’s worth giving it a go to see what happens. And into that final qualifying session, just as it looked as though the conditions were heading back towards favouring the Inter, it went and rained again. Funnily enough, though, I’m not too disappointed that I made the wrong call. We might have qualified only a couple of places higher if we’d called it differently, and that’s not what we’re aiming for – so it was worth a gamble. Besides, if it’s wet tomorrow, it’ll be tough for everyone – the tyres give us no grip in these conditions, since all the cars are obviously running lower downforce than last year. No-one knows what’ll happen tomorrow – but one thing everyone knows is that, if it rains, it’ll be trick.”

Toro Rosso:
Jean-Eric Vergne: “I am happy having finished ninth and in the top ten for the second race in a row. But it was a difficult qualifying and the car was not easy to drive. We’ve never been really fast but in Q2 I could manage to do a very good lap that brought me into Q3. We have to look at all the data now to understand why we were quite slow in the wet. I’m really confident the team and I can do a good job tomorrow and I hope we’ll finish in the points here like we did in Melbourne. We definitely have the car to do so.”

Daniil Kvyat: “It was a shame to be knocked out of Q3 right at the end by my team-mate, but Jev was faster than me today and I was too conservative on my last lap. As for the incident with Alonso, the visibility was very poor for everyone and I think he didn’t see me and in the end, he turned into me. I think it was quite normal that he didn’t see me because there was so much spray. Now, let’s see what happens tomorrow, as it really depends on the conditions out there. Q3 could have been possible today, but all the same P11 is a good starting point.”

Sauber:
Esteban Gutierrez: “It was a good qualifying. In the morning we were really busy and we tried to put everything together. Everyone did a great job, and we managed to overcome some small issues to have a reliable car. I really want to thank my team and also Ferrari, as they have been working very hard to further improve the power unit. The conditions on the track were quite tough. However, we managed to improve the car during qualifying, trying to adapt the aero balance and also the tyre pressures. It was a good day. P12 is a great starting position considering our overall performance. Tomorrow we are going to do our best”

Adrian Sutil: “Our strategy was to get out onto the track a bit later, as the track normally has the best conditions at this stage. However, more rain started to fall again. We would have improved, but due to the red flag we did not have any more time left. The car was very difficult to drive in these conditions, as the tyres never had enough grip. There is a lot of work ahead of us. At the moment it is difficult to drive a good lap. We need to improve step by step and be patient.”

Williams:
Felipe Massa: ” In the dry conditions we are normally fighting for a top six position and the car feels good, but when it is wet the car lacks grip and can feel unstable with lots of sliding which is something we need to address. It’s a shame as this qualifying result is not really reflective of where we should be. The good thing is that the cars seem to be very close in terms of lap time so that will help us overtake tomorrow, and I’m hoping that we have very different weather conditions as the car feels completely different in the dry.”

Valtteri Bottas: “It was a difficult qualifying session for us today and it was very reminiscent of our qualifying in Melbourne. The more water there was on track the more we struggled with the rear grip of the car. We tried both the intermediates and the wets but we just couldn’t get the grip we needed from either tyre. The wet conditions highlight where our weaknesses are, so we have a clear direction for where we need to improve the car. I still think we have a chance of fighting for some points though if we have a dry race.”