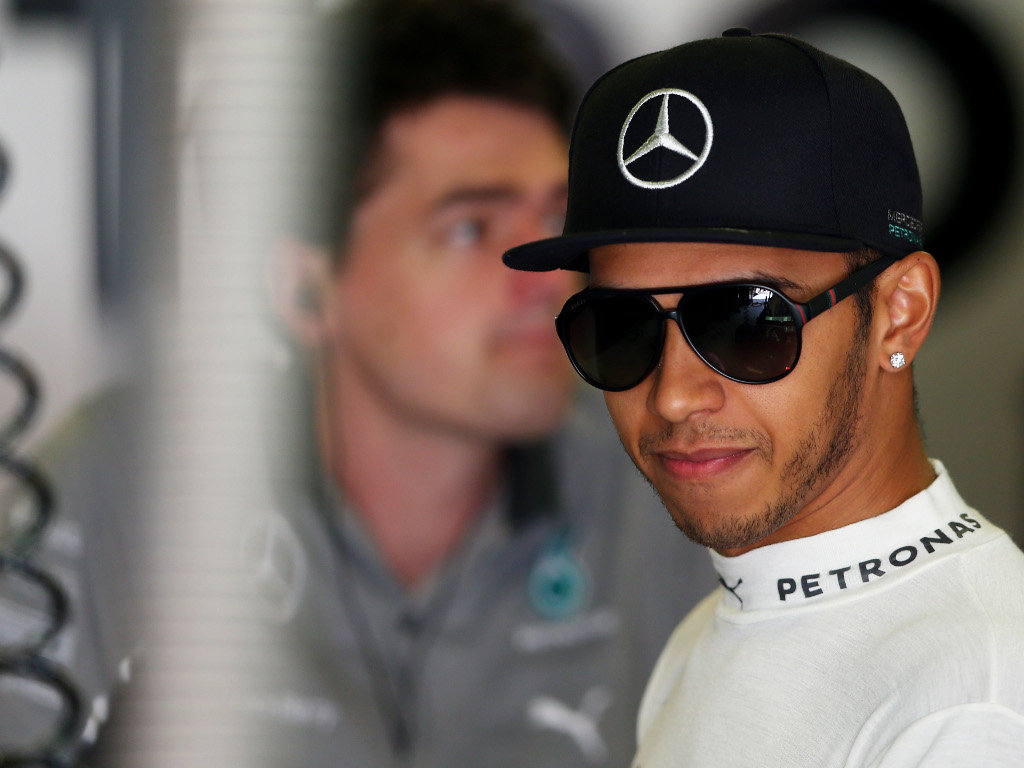 Lewis Hamilton set the pace in Saturday’s qualifying for the Spanish Grand Prix, taking his fourth pole ahead of Nico Rosberg and Daniel Ricciardo…

Mercedes:
Lewis Hamilton: “I’m overwhelmed to get pole position because I’ve had a pretty tough day in the car, particularly after yesterday went so well. I was really happy on Friday and we changed a couple of small things overnight, just the tiniest of tweaks. But it was a real handful today because track conditions had changed. Nico had a strong P3 and first two sessions of qualifying, so we were making small adjustments to the differential to try and make improvements to how the car was handling for Q3. On that final run, I really had to eke out everything and more from the car and myself to get pole and I’m so happy that I managed it. The hard work from the team and the development step we have made this weekend are totally inspiring for me – I haven’t experienced this level of performance before. I’ve never won at this circuit and I would love to, because my support in Barcelona has been growing every year and I have some amazing fans here in Spain. We are going to give it everything we can tomorrow to get the win.”

Nico Rosberg: “I had a good feeling throughout today and I quite enjoyed Qualifying. I had a good lap at the end but Lewis just did a better job in Q3. Starting second is a bit of a disadvantage but it’s such a long straight down to the first corner, so I will hope to have a better start than Lewis tomorrow and overtake him. It’s also a long race where tyre degradation will be a key issue so there may be some opportunities to take advantage. I’m looking forward to tomorrow and I’ll be giving everything to take advantage of this amazing Silver Arrow that we have at the moment and hopefully extend my lead in the Championship.”

Red Bull:
Daniel Ricciardo: “Without putting too much attention on Mercedes, I’m happy with what I’m doing, so I think today was pretty good and I wasn’t too disappointed with the lap. I don’t really see how I could have improved much more today, so I think we’re doing the best we can, but now that we’re around third or fourth I want to close the gap to the silver cars! Sorry for Seb, he’s had a pretty rough weekend. I prefer it when we are both able to compete. Looking to tomorrow, then I think third is the best we can do. If Mercedes continue at the pace they had today then realistically we won’t catch them, so then third, although it wouldn’t be a victory, it would be really satisfying.”

Sebastian Vettel: “I left the garage for Q3 and lost drive in second gear; I still had third gear and above so we thought we could do the lap with that, but by Turn 1 I had lost all the other gears, so we couldn’t continue. I was getting more in to the rhythm with each lap after missing yesterday’s sessions. It was quite close between the cars after the Mercedes and I think I could have had a go for P3 today, but we didn’t get that far. I’m of course quite disappointed.”

Williams:
Valtteri Bottas: “It has been quite a tough weekend up until now. I had to build a lot of confidence but it all came together when it mattered and I managed to get a good lap. We have made some set-up changes since FP3 and they worked well but it will be even better in the race. It’s difficult to overtake here and so qualifying is important. It’s going to be a close race behind the Mercedes and so I am really looking forward to tomorrow.”

Felipe Massa: “I am disappointed with my lap today as I lost the rear in Turn 10 after braking, it’s nothing to do with the car, it was my mistake. I had been doing really well throughout the rest of the session so feel annoyed I didn’t do it when it really mattered. The race is long tomorrow and the car has good potential so we have a lot to do.”

Lotus F1:
Romain Grosjean: “It’s very positive for everybody in the team to be on the third row of the grid. It’s where we want to be and there is certainly more to come. The race should be interesting. It’s difficult to overtake on this track and we’ll be looking to save the tyres as much as possible in the first stint to see how far as we can go with them. We will see what we can achieve tomorrow but it goes without saying that it would be good to finally score some points.”

Pastor Maldonado: “I had a big chance of doing well in the session but unfortunately I lost the car with big snap oversteer in the exit of the corner in turn 3. We need to have a look at what happened and work to get ready for tomorrow. We were quite competitive today in terms of pace and kept improving throughout the weekend. With tyres available for the race we can work on the strategy and hopefully recover places on Sunday.”