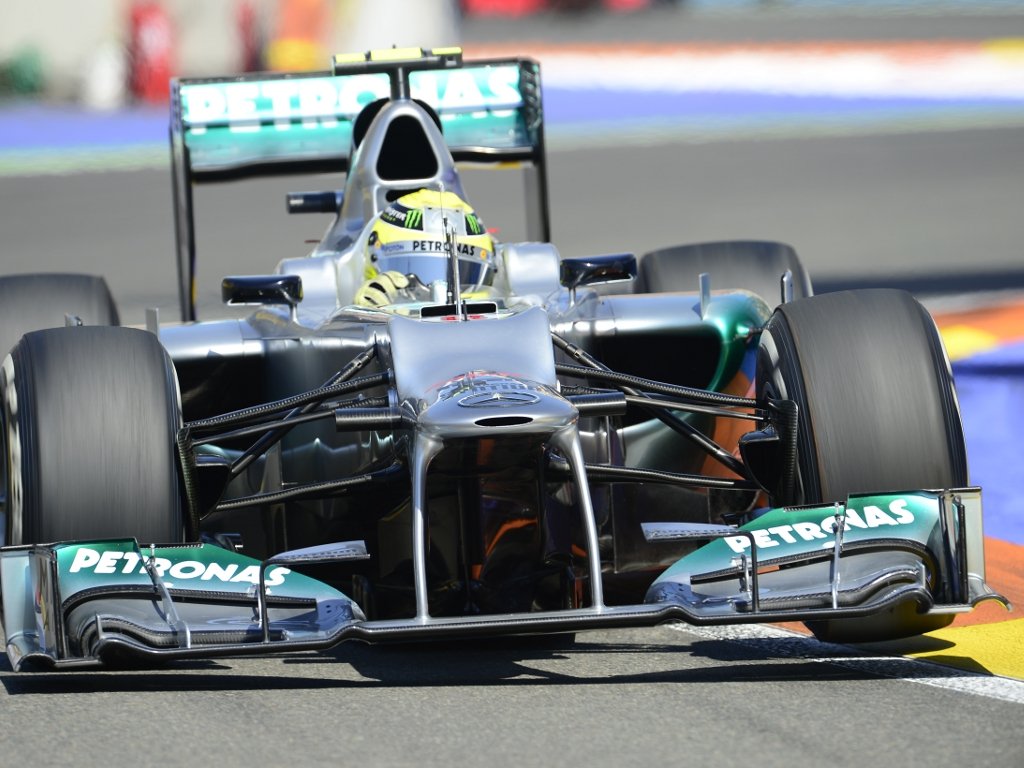 Mercedes:
Nico Rosberg: “We had a lot of potential going into qualifying, but unfortunately I can’t be happy with the outcome today. We were quick throughout but when I was just about to start my final lap, Lewis was slowing down in the last corner. I had to start my quick lap behind him which made it impossible to improve my time. We know it’s tricky in the last sector here and there is an agreement in place to stop things like this happening so it’s frustrating. It will be an interesting race tomorrow from a strategy perspective, and I hope there will be the opportunity to make up some places.”

Michael Schumacher: “What a close qualifying session. Of course, I’m not particularly happy about not making it through Q2 but that was clearly down to me – I didn’t get my lap together. On my first run, I was too aggressive in turn 12 on my first timed lap, then had to abort the second lap and pit because the tyres were no longer in good enough condition to improve. After that, I was a bit too conservative on the second run and that cost us, because the times were so close today. On the other hand, my starting position opens up strategic possibilities for tomorrow. I have new sets of tyres available which is the positive aspect of my situation. We will certainly make the most of them.”

Sauber:Kamui Kobayashi: “I’m happy with the car and with the result – the team did a very good job. The lap times are so close. If you make the smallest mistake anywhere you end up nowhere. My lap was okay and I think perhaps the absolute maximum I could have squeezed out was another tenth, but no more. It definitely was worth giving everything in Q3 as we managed to put three cars behind us. We have tried to adapt to the high temperatures here and did a good job on that. One of our targets was to improve in qualifying and we have achieved that today. Now we have to keep the momentum and the performance for the race and I’m pretty confident we can do that.”

Sergio Perez: “Of course I am disappointed with the qualifying, but I have every reason to be confident as we made some changes to the car for the race which didn’t help us this afternoon. I believe they will pay off on the longer run. For me the car’s balance wasn’t good in qualifying, and the car felt a bit unpredictable. For the race I hope we can go at a consistent pace with a good strategy. We have to go for a rather aggressive approach and we have proven we can manage that.”

Force India:
Nico Hulkenberg: “I think overall it’s a great result for the team to get both cars into Q3, but maybe we were hoping for a little bit more than P8 and P10, especially considering how we have performed so far this weekend. I don’t think the increase in temperatures helped us because the car felt more difficult to drive today and a bit nervous at times. For the race tomorrow we are still near the front and will take the fight to the cars around us to try and come away with some points.”

Paul di Resta: “It was a strong qualifying session but I feel I could have been higher up the grid because I didn’t get the perfect lap together in Q3. We were the quickest car in Q2 and if I could have repeated that lap time in Q3 I would have been a couple of rows higher up the grid. I was trying to squeeze a little bit extra from the car but I locked a wheel and lost time in the final sector. I will try and focus on the positives because we have been strong in all the sessions, the car is well dialled into the circuit, and I think we will have good race pace for tomorrow.”

Ferrari:
Fernando Alonso: “When you don’t qualify for Q3, it’s obviously very sad and there’s no point hiding the fact. This result is a cold shower, because our expectations were high and the car’s potential has also increased, to the extent that in Q2, we were only three tenths off the best. It’s easy to say now that with two runs on Softs in Q2 we would have made the cut, but maybe now we would be here lamenting the fact that we did not have two for Q3: it’s always easy to judge things after the fact. However, we were not quick enough to be in the top ten in the second part of qualifying and now the race will naturally be tougher. The podium is out of reach and clearly, with Hamilton on the front row, it’s easy to expect that we will lose ground to him. However, the race will be very long and will be run in even higher temperatures than today’s, which means everyone will have to be very careful when it comes to tyre management. Let’s hope that, starting from the clean side of the track I can quickly make up a few places and then we will try to also make the most of the two sets of new Softs we have left: that’s at least a small consolation after this far from positive afternoon.”

Felipe Massa: “It’s really frustrating ending up outside Q3 by less than a tenth. It was a very close qualifying, with so many drivers very near to one another in performance terms: in Q2, we were three tenths off the fastest time and we were eliminated…A shame because the feeling from the car was very good and I always felt comfortable and capable of fighting with the best. The position does not tell the truth: today we were worth a place in the top three rows. With hindsight, it’s easy to say that if we had used two sets of Soft in Q2, we could have made the cut, but we wanted to be in the best possible shape for Q3 and Q1 had shown that we were even quick on the Medium tyre. Tomorrow, strategy will play a very important role and we have seen on several occasions – Canada being the last one – how even those who start from the back have a chance of fighting for the top places. Obviously, we are not happy today, but we know we have a good car and we still have every chance of securing a good result.”