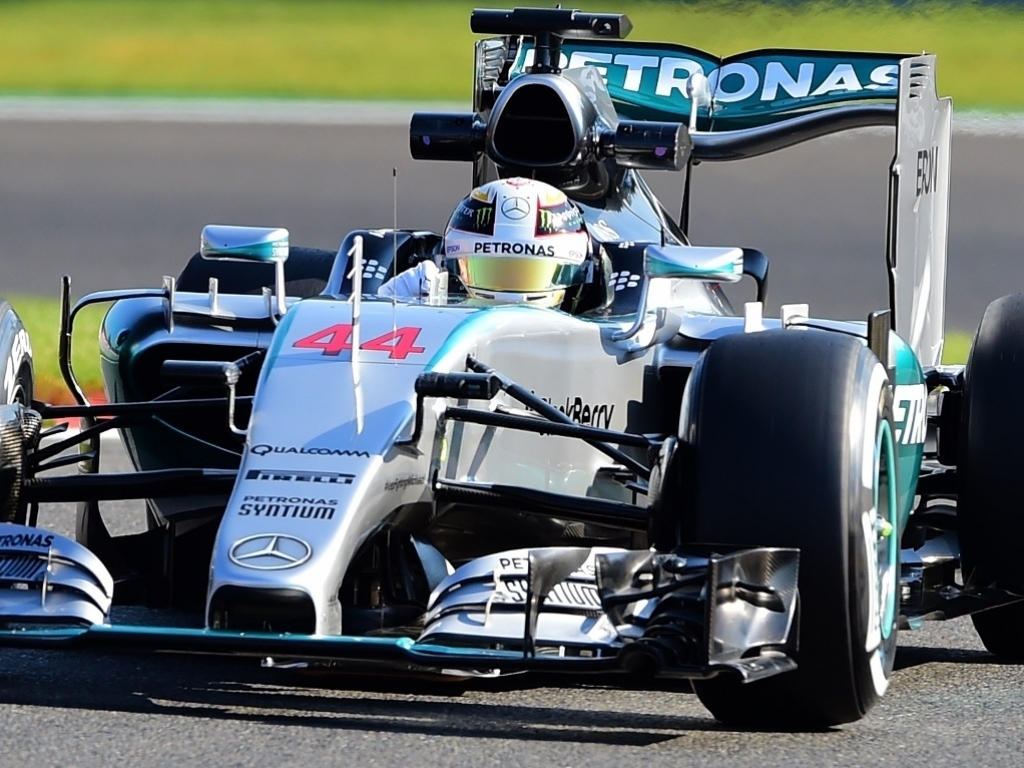 Mercedes
Lewis Hamilton: "I'm really happy with the performance of the team and the car this weekend. It felt good right from the start and I'm so grateful for the big push the team has made in continuing to improve the car. It can be tough to find the ideal setup and then get a good rhythm at this track – but I've felt comfortable throughout. Saying that, Nico has been quick all the way through and it's generally been very close between us. Fortunately for me I pulled my two best laps out at the end. Of course, it's great to have pole, but I'm well aware that it's only one step. There's a long run down to turn five so anything can happen there and especially at the start. The team has done a lot of analysis on that front and we've been working on it in the simulator and here at the track. I feel we're as ready as we can be so we'll see how it goes. For now, though, I'm happy with today and looking forward to tomorrow's race."

Nico Rosberg: "Qualifying went well until the end. But in Q3, Lewis just found so much time which unfortunately I didn't manage to do. So, a disappointing day, but there is still so much to play for in the race. I need a good start and then after Eau Rouge there should be a good chance to overtake at the end of the long straight, so I will push hard to make it happen. We have a new starting procedure which we all need to get right and it will be interesting to see how that works tomorrow. But, overall, I'm still very positive that a win is possible here in Spa."

Williams
Valtteri Bottas: "I am very pleased with the result and it’s good to be back in the top three. The team did everything right, it was up to me to put it all together. Behind me it was very tight so to be on top of that pack is great. P3 is a good place to start tomorrow, the race pace looks on par with quite a few of the teams around us, so it will be a fight, but one I am really looking forward to."

Felipe Massa: "I lost a bit of time in the final sector and looking at the result it cost me a few positions, it was that close. It is frustrating but it is a long race and the circuit can hold so many surprises, one being the weather! We need to make sure we have a good start and gain as many positions as possible and then continue to build from there."

Lotus
Romain Grosjean: "Today’s result is more than we had expected! I gave everything that I had in the car for that last lap, I pushed hard from the beginning to the end. Being P4 is a really good effort. It is just so fast here. Going through Eau Rouge at 300kph, it feels like being a kid at Christmas. Every time you drive through it you have a smile on your face, it is so nice driving on this circuit. We will start from P9 tomorrow with the grid penalty and we will see what we can achieve from there. We have been better in race pace than qualifying pace so with a good set-up and hopefully some nice overtaking manoeuvres we can score some good points on Sunday."

Pastor Maldonado: "At the start of the weekend we didn’t have the best pace so the team has done a really fantastic job to get on top of the car and give me and Romain something really strong to use for qualifying, which is thanks to everyone’s hard work. I think we will be competitive tomorrow and with the right strategy we should be able to achieve something pretty good."