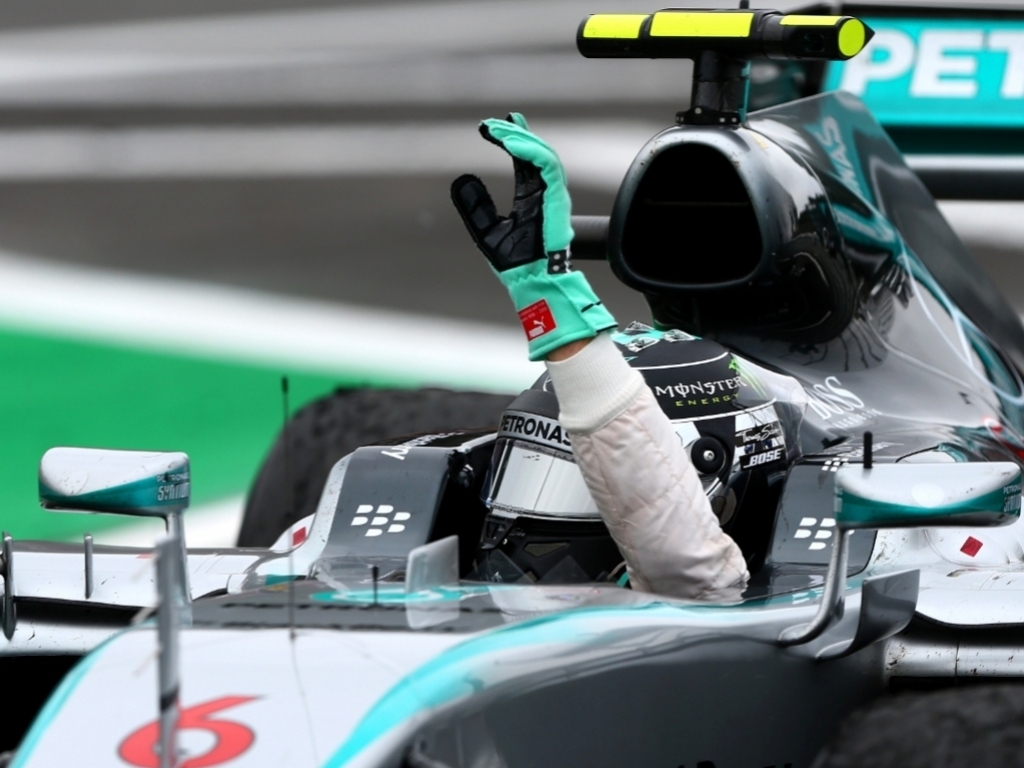 Nico Rosberg made it six pole positions in a row as he took P1 ahead of Lewis Hamilton in Abu Dhabi while Sergio Perez impressed again.

Mercedes
Nico Rosberg: “Normally I’m not too over-excited when I’m on pole, as you don’t get any points on a Saturday. But this time was a pretty cool feeling. My last lap felt absolutely fantastic and it’s great to be starting P1 again. I’m also quite happy that I’ve been quicker than Lewis for the last couple of race weekends. At the beginning of the season he was always this tiny little bit ahead, so it’s good to turn that around. This is the best position to start the race tomorrow. I want to win this one to finish the year on a high and give the boys in the garage a really good reason to have a great season-ending party tomorrow night.”

Lewis Hamilton: “I’ve generally been struggling with the car all weekend. I’ve changed a lot to try and get around the issues – but I’m still not really feeling comfortable with it. I did what I could out there tonight – but Nico was just really quick and did a great job in Q3, so I wasn’t really surprised he did a better lap in the end. It hasn’t been the best run of qualifying sessions for me lately – but I’ve still managed to turn three of those into wins. So, there is still an opportunity – even it is particularly hard to follow through the first sector. I will work as hard as I can to have a great start tomorrow and improve from there. I’ve got a lot of support here this weekend and that 44th win is still out there to grab, so I will be working hard for it tomorrow.”

Ferrari
Kimi Raikkonen: “It has been a nice Saturday, my car has been feeling pretty good the whole day. This morning I only struggled on some laps, but overall the behavior was the way I wanted and when it’s like that it’s a lot easier to put the lap together. The Mercedes have been very quick today and yesterday, in the lap times they are a bit faster than us, but the race is tomorrow, so let’s see. I did my maximum today. Tomorrow is another day, we can only do our best and see where we’ll end up. We’ll try to make a good start and then see how it pans out, going from there and making the right decisions.”

Sebastian Vettel: “Nothing wrong with the car, we thought that the lap I had on the Soft (harder) tyres was quick enough, but in the end it was not. There was also a car in front which shouldn’t have been there. So we misjudged the situation, a small mistake with big consequence, but the race is tomorrow and lots can happen. It is good that Kimi is in the front, we have a quick car and it is possible to overtake here, even if only tomorrow we’ll be able to tell how much it is. You can spend a lot of time speaking about what we did wrong, but in the end we know, so now we need to move forward.”

Force India
Sergio Perez: “Fourth place on the grid is a great result for us and I’m very pleased with our strong performance all the way through qualifying. We’ve made some good decisions this weekend with the changes we have made to the car and it’s taken us in a very positive direction. I think the analysis we carried out after the weekend in Sao Paulo has really paid off and we’ve learned a huge amount. All of my laps this evening were very clean and tidy, and we managed to get the maximum from the car. The challenge tomorrow will be keeping some very quick cars behind me, but I also think we have a good chance to make up some positions at the start. I have the confidence in the car to really push and there is definitely the potential to come away with a great result this weekend. In many ways it’s a shame that tomorrow is the final race of the season because the car is working very well at the moment and I’m enjoying the racing so much.”

Nico Hulkenberg: “It was a good qualifying session for the team, although I feel I could have been higher up the grid. I was pretty happy with my laps, especially the one in Q3, so to find myself in seventh actually feels a little bit disappointing. We need to look at the data and figure out where we lost time and what we can do to recover it. Looking ahead to the race, we’ve been working hard to improve our race pace and hopefully the changes we have made will pay off tomorrow. The car is quick on the straights and the balance has felt good from the start of the weekend. Starting from the fourth row, we have every opportunity to score a good result tomorrow.”