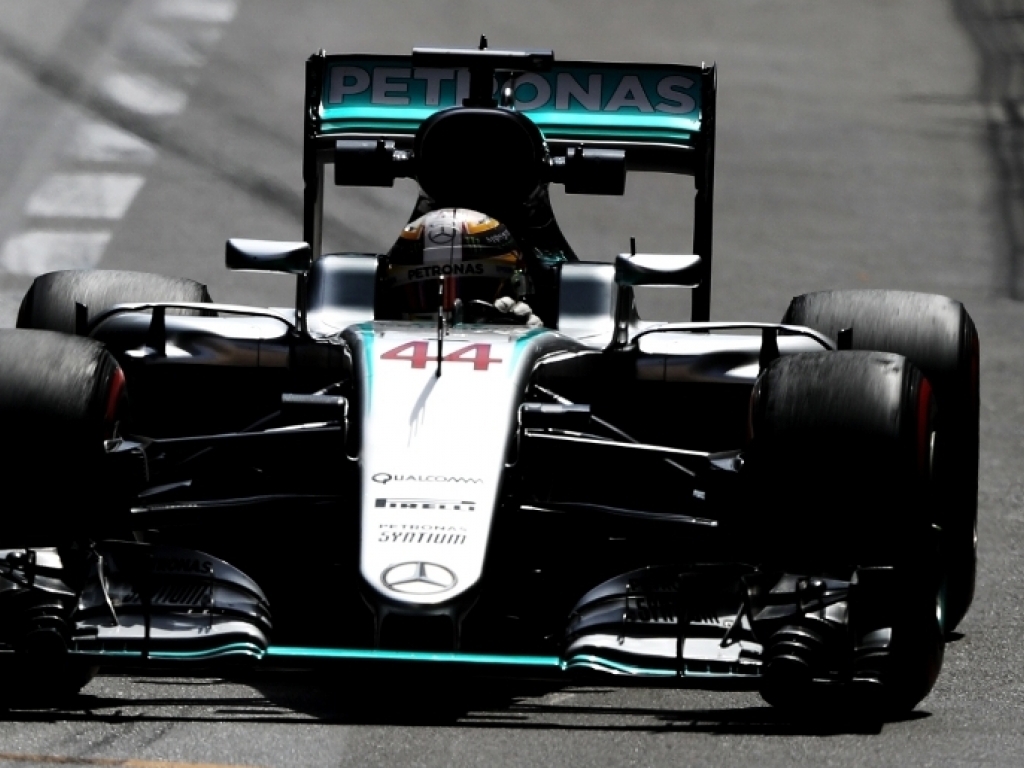 Mercedes:
Lewis Hamilton: “That’s not necessarily the way you want it to turn out, getting pole without a real battle on the final lap – but you take it whatever way it comes! I think there was more time to be found out there but I’m happy to have done enough on that first run. This always tends to be a good track for me. It’s all about braking and since I was a kid I’ve always been last of the late brakers, so I guess that’s why it’s always suited my style and why I’m strong in sector one in particular. It’s such a great track to drive – like a Formula One kart track, with the high speeds and the way you’re jumping over the kerbs. It’s always special coming back here as it’s where I won my first Grand Prix – plus the fans are incredible. Every year, without fail, they turn up in their thousands and create a great atmosphere at the track and in the city itself. In terms of the race, it’s going to be tight. I need to study hard tonight to get myself back to where I was yesterday, as I didn’t actually feel quite as strong in the car today. I was killing it out there yesterday – but I lost a bit of feel with the setup changes I made for today. I wasn’t always able to put the car exactly where I wanted, which means you have to step back and not quite push to the limit. Ferrari look strong on the long runs so we’ll need to be on our toes.”.

Nico Rosberg: “Even if I just missed out on pole, the front row is still a good position to start the race tomorrow. Today, Lewis was just a little bit quicker on the first flying lap, so I gave it an extra push on the second run to close the gap – but I got it wrong and had a lockup at the first corner. With no time for a second lap, that was the chance gone. Nevertheless, there will be a few opportunities to overtake Lewis in the race. I’ve made some good starts recently which is a positive – and also with tyre strategy it could be worth trying something different. It should be exciting either way, as the weather forecast is interesting for tomorrow. I’m excited in any case. Canada is always a special one, so I can’t wait for the race.”

Ferrari:
Sebastian Vettel: “After P3 I was thinking about pole position, I thought it was possible. The car felt great all day, I think we did a step forward overnight. The last lap in qualifying I was very happy, I knew that it will be very close, unfortunately not close enough, so I think it wasn’t entirely perfect. I lost a bit of time maybe on the exit of Turn 10, I was maybe a bit too early on power, and that compromised the traction, which maybe caused me to lose some momentum onto the straight, I don’t know how much, we’ll find out later, but probably half a tenth or something, so it could have been better overall. I think we all have the feeling today that we can achieve something great. We missed it, but not by much, so I hope for tomorrow. We didn’t have any problem, nothing near to the issues we had in the last two races, we’ve been focusing on that. I think that the people back home have done a good job, trying to assist us as much as possible when we are out on track, and I think today we could show the real performance of the car. Here anything is possible, it’s a track where a lot of things can happen, tomorrow’s weather forecast is also quite tricky, we’ll see. It’s such a great place to drive, the people wave at you on an out lap and just appreciate Formula 1 being here, so the plan for tomorrow is to enjoy and try to do well.”

Kimi Raikkonen: “Since yesterday evening we did a good job and improved a lot the behavior of the car, but today it was still not easy to put the car where I wanted. It was a hectic qualifying session because of the weather conditions and I was not very happy with the driving. I had some issues here and there, I struggled in turn 10 all the times to make the front turn, and it was hard to put the lap together. It has not been an easy weekend so far and if you finish P6 there’s still work to be done, but I’m sure that for the race tomorrow the car will be better.”

Red Bull:
Daniel Ricciardo: “I’m pretty happy. This weekend was steady – I think we built up to it and found a better rhythm in qualifying, and as always it’s the most important session, so I made sure I got it all together and in the end I’m pretty happy with fourth. My pace is only a few tenths from pole which is pretty good around here. I was quite lucky on my last lap in the last chicane, I hit the wall pretty hard and luckily it got me to the line and I didn’t lose too much time. The start is important here, but you can pass. I think we’ve got pretty good straight line speed now so we’re in a position to overtake. Tomorrow’s going to be cool, if not wet, so with those conditions it could be anyone’s race. Hopefully it’s a five or six way fight – that could be a lot of fun. I think being on the right tyre at the right time is crucial. It’s about being smart, but being quick at the same time, so it’s worth taking some risks.”

Max Verstappen: “Definitely a much better qualifying for me today, top five which is around where we wanted to be. I had hoped we would have been a bit closer to Mercedes but it is what it is. They turn up the power in qualifying and seem to be very strong so hopefully tomorrow we can be a bit closer. My last run in Q3 wasn’t great, you should usually improve and I didn’t but it’s not so bad. Our race pace is looking good and that is where you score the points, also you never know with the weather. No hot moments for me in qualifying today, here in Canada you run close to the barriers but you still have time to correct it, unlike Monaco. Conditions are a bit different from yesterday so you have to change your driving style as it’s very easy to lock up or run wide. It will be difficult to beat the Mercedes, and the Ferrari’s also look quick but hopefully a bit of rain will help us tomorrow in the race. I think it will be very challenging.”