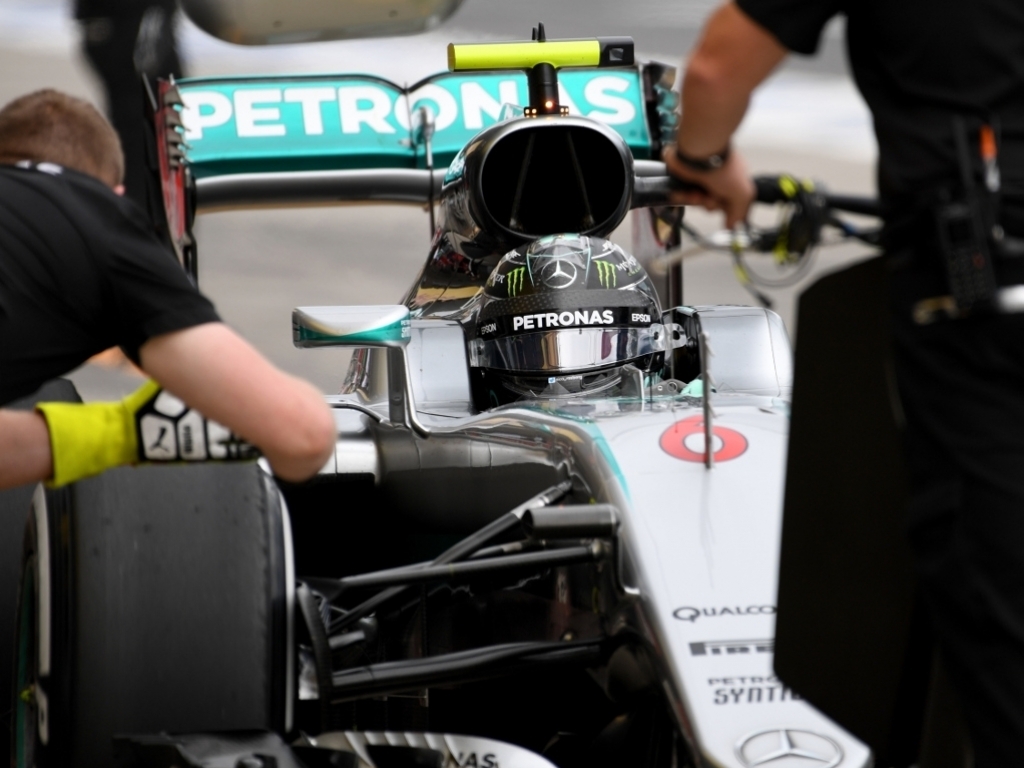 Nico Rosberg claimed pole position ahead of the Japanese Grand Prix, while Sebastian Vettel’s P4 will suffer a three-place grid penalty after last week’s incident with his countryman.

Mercedes:
Nico Rosberg: “I’ve been feeling great all weekend, having felt incredibly comfortable in the car. It gave me the confidence to push even harder at the end of Q3 which meant I pulled out a great lap to recover pole from Lewis. Suzuka is a really difficult circuit because of the varying corners which means it’s even more difficult to get the car set up just right. It’s great to start from P1, but as we’ve realised, it’s not the most important thing this year as you also need to get the start and the race strategy spot on. Lewis will push hard and so will the Ferraris and the Red Bulls. It’s clear that both these teams looked very strong on the high fuel. It will be an exciting race tomorrow, in front of Suzuka’s amazing fans. I’m definitely looking forward to it!”

Lewis Hamilton: “This weekend has not been that easy. I’d been veering one way with the setup of the car and then had to shuffle back going into qualifying and it felt like I was in no-mans-land as we approached Q1. With that in mind, I’m extremely happy that I was able to bring it back to that kind of gap. Of course, starting on pole is always a good thing but let’s hope the work we’ve been doing on the starts pays off. It’s also still hard to know at this stage what the weather is going to do but I’ll do the best I can tomorrow.”

Ferrari:
Kimi Raikkonen: “Overall the car has been behaving quite good; we had suffered from some understeer, but we have been slowly getting better with the set up and the speed and I’m positively surprised how competitive and close to the Mercedes we were. Today the car was a bit less understeering, and this helped a lot in the first part of the lap. The third position is not too bad but obviously we want to be higher up. This is what we’ve got now and it’s a pity that Seb has a penalty, because the team had quite a strong session today. Obviously we are happy, but we still have some work to be done to improve things and we have to do another good day tomorrow. We sure have some speed and it’s not going to suddenly disappear tomorrow. Usually we are a bit better in the race, but we have to wait and see: it will depend on conditions and other stuff but we’ll do our best.”

Sebastian Vettel: “It has been a great result for us as a team; as for myself, obviously I messed up a bit in Q3 with the last sector, and lost a bit too much time. But, all in all, it has been a very good qualifying, our car has been handling well all through the sessions, due to a combination of many things, and it’s satisfying to be with both cars ahead of the Red Bulls. For sure, tomorrow I’ll have to start a bit further back because of the grid penalty, but this is what it is, we take it. Even so, I think the speed will help us to come back and then we’ll see what we can do. I think it will be a close fight. Much will depend on how people handle their tyres, because in the first stint everybody starts on the same compound, then we see how the strategies develop.”

Red Bull:
Daniel Ricciardo: “To be honest I was hoping for a bit more from qualifying. We knew it was going to be close with Ferrari and we were hoping to get in front of them but they had good pace. It’s a little frustrating as we were losing time down the straights and we need to find out why. I felt like I was doing all I could and I think the lap itself was okay. In the second last lap, I think I found a little bit more in Sector 1 but I felt like it hurt the tyres in the last part of the lap. I’m happy with our long run race pace and should have similar pace to Ferrari, we expect them to be our real rivals in the race. We also expect Mercedes to be conservative and turn down their power in the race, so we’ll see what happens. We’ll gain a position through Sebastian’s penalty, starting P5 is better than P6 and hopefully we have a good battle on our hands.”

Max Verstappen: “Not such a bad result in qualifying but I think the whole team expected a bit better. We wanted to be in front of the Ferraris, we were very close but the balance of our car wasn’t quite right. In the low speed corners where we are usually very strong it didn’t quite work for us today, this could be the changing conditions but I’m not entirely sure. Staring fourth on the grid tomorrow gives us a chance of a good result so we can still be positive. Our race pace looks ok but everyone looks quite strong at the moment so it is quite unknown how tomorrow will play out. It will be hard to overtake here and like you can see from qualifying it is very close, I expect the same during the race. If we can have a good start like in Malaysia then we can achieve a good result. We will all sit down and work through this evening to make sure we are as prepared as possible for the race.”