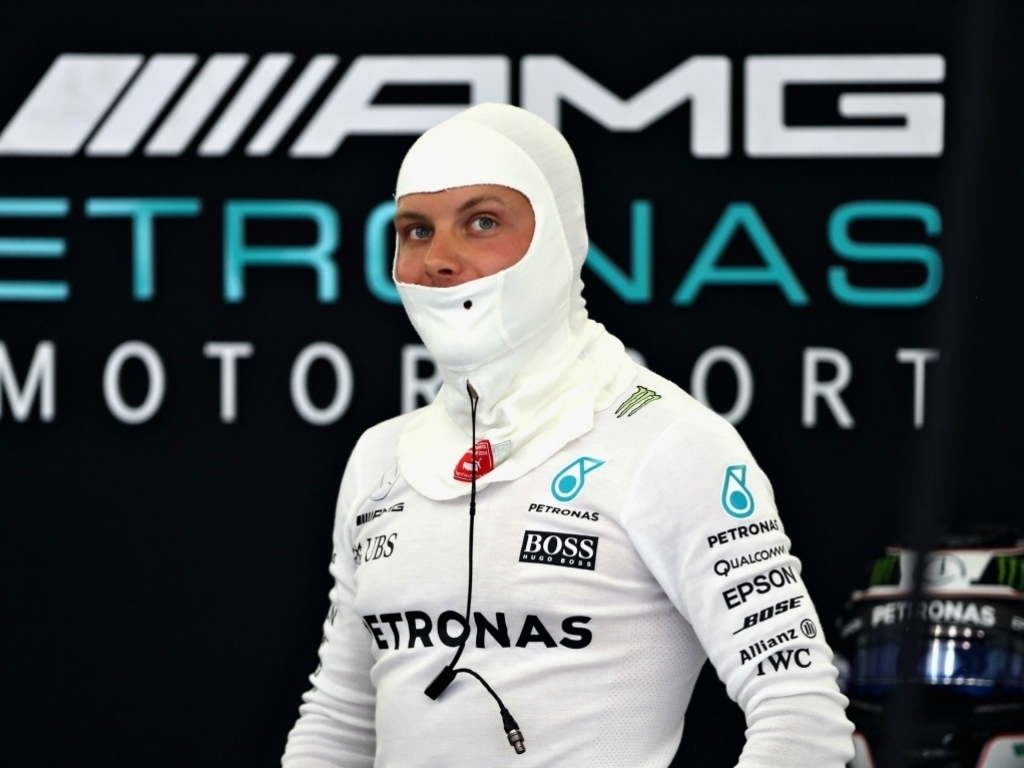 Valtteri Bottas secured the first pole position of his career, while Daniel Ricciardo split the two Ferrari cars in P4.

Valtteri Bottas: "I’m really happy with my first Formula One pole. It’s my fifth season in the sport now, so it took a few races. But we got it and hopefully it is the first of many. It feels good. I didn’t realise it’d been nearly 10 years since a Finn was last on pole. I’m very proud as always to drive for Finland and represent my country. It’s not an easy track to get everything right. It’s quite a technical and there are a few tricky corners. But I I’ve been getting more and more comfortable with the car and managed to get the lap together. Thankfully it was good enough for pole. I just want to say a big thanks to the team for giving me this car. It’s great that we’re both starting from the front row. We’ve done a really good job this weekend to focus on the evening conditions and really maximise the lap time in the car. We’ll enjoy this for a short period of time – but the main focus is the race tomorrow. There is no point to start dreaming just yet. It’s all about getting the maximum out of the race. As a team we can be really strong tomorrow."

Lewis Hamilton: "A big congratulations to Valtteri. He’s been working so hard and he’s gelled so well with the team. Today he was just quicker than me and did the better job, so hats off to him on his first pole. My lap felt great but it was so close out there. I was losing quite a bit of time through the first sector, which is unusual as it’s usually a very strong sector for me. Overall it was a great battle and that’s exactly how close qualifying should always be. It forces us to be on the absolute limit. I’m happy with the job I did and it’ s great for the team to lockout our first front row. Today we had a bit of a margin over the Ferraris but generally in race trim they seem to be a bit quicker, so we expect them to be closer tomorrow. It’s definitely going to be tight. Looking after the tyres is difficult, so whether it is a one or two stop race will be interesting to see. Hopefully we’ll have a great battle tomorrow."

Sebastian Vettel: "Overall, it has been a good day. Yesterday I couldn’t get the right feeling, I kept sliding too much. We made some minor tweaks on the set-up and the car felt better today, I was quite happy with the balance. But in qualifying, after seeing what the gap was at the end of my first run in Q3, I wasn’t so happy, so I tried it all and maybe pushed a bit too much. This is a circuit where you can easily overshoot it. Today, we were losing a bit everywhere around the lap, perhaps more than usual down the straights. But tomorrow it should be closer, and hopefully we’ll have a tight race. The car feels good for Sunday."

Kimi Raikkonen: "The car was good overall, I thought there was a lot of potential, but for many little reasons we never really got the time out of it. The final result is far from what we wanted, but that’s how it ended up today. I have been struggling to find the right set up: all in all it has been better here than it’s been the last few races, but in qualifying, when we start to push, it is not what we wanted yet. Tomorrow is another day, the grid position is not ideal and the race is going to be quite tricky. So let’s try to make a good start , make the right decisions and take the best out of it."

Daniel Ricciardo: “It’s been a good and positive day today. We didn’t expect much to change from China to here but now we’re a lot closer to pole than we were a week ago so we’ll take that. To be on the second row and to get ahead of a Ferrari is a good surprise. We kind of thought if we put everything together then there might be a chance of a second row and we got it. We’re learning and are getting a bit more out of the car as well which is great to see. If tomorrow Mercedes and Ferrari run into some tyre degradation maybe we can have a bit of a go. But the aim now is to try and maintain this gap in the race and stay within half a second or second each lap and to replicate our pace during qualifying in the long runs.”

Max Verstappen: “In general the whole qualifying was very positive and we improved with every session up until the last run where I just got hurt in the preparation. Felipe (Massa) squeezed in front and I had to stay in first gear to keep a gap to him so the tyres cooled down which hurt my first sector. If you lose straight away two tenths then it’s not ideal and you try to catch up but it’s very hard if the tyres are not in the window. The pace was there today but just not on the last run when it counted, but sometimes that happens if you have some traffic. We have made many small improvements and tried to optimise everything which seemed to work and we understand the car more and more with every run that we do. We are definitely closer, I think Mercedes is still too fast for us but the Ferrari doesn’t look too far ahead. Our car seems to work much better on this track so hopefully we will get a clean start with no incidents and then see what we can do in the race. It was definitely possible to be a bit further forward but last time I started a bit further behind and ended on the podium so anything is possible.”