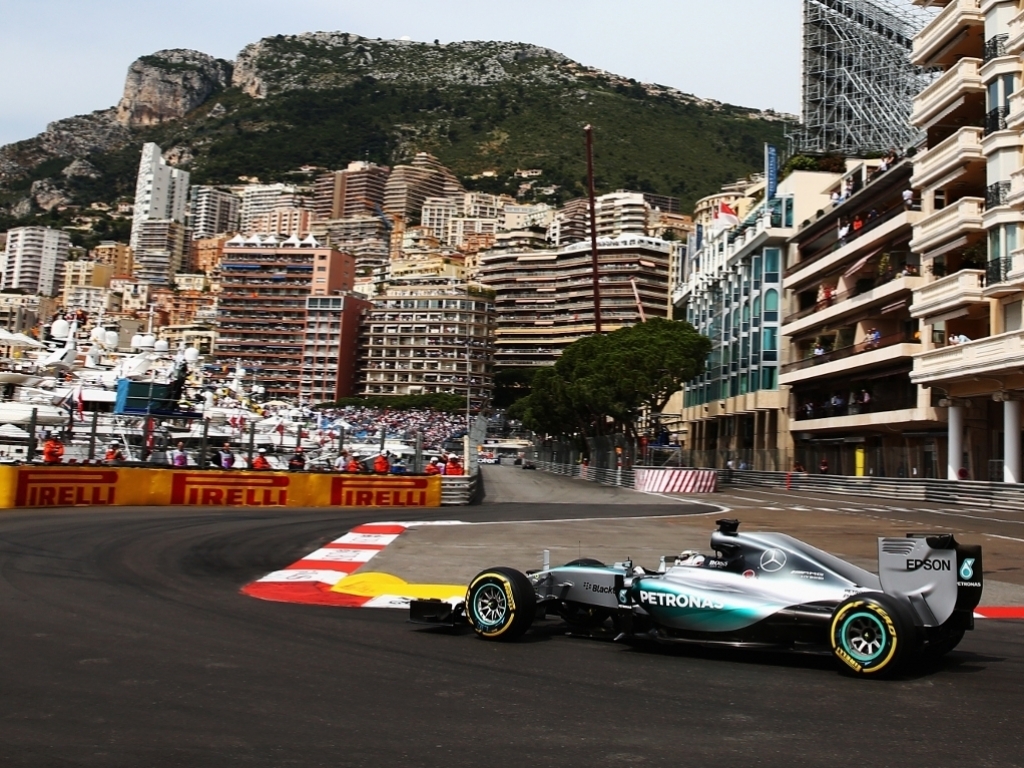 Lewis Hamilton ends Nico Rosberg's pole position run at Monaco with his maiden P1 on the streets of Monte Carlo.

Mercedes
Lewis Hamilton: "My first Monaco pole position; it’s felt a long time coming! Today, bringing the tyres in was tricky. We had to do an out-lap, warm up lap then fast lap. We had to do that for both tyres. It’s an important day for me, looking back through every year at Monaco generally it’s been quite poor. Sometimes I’ve had the car, sometimes I haven’t. I’ve lived here for the last few years so it makes this pole position even more special. There’s still a long way to go, it’s only half the job. It’s going to be mentally and physically challenging tomorrow but I’m looking forward to it. A big thank you to the team; the performance we have in the car is outstanding and they’ve been working very hard. I think the last pole position for me here was in GP2 in 2006 so I hope I can take advantage of it tomorrow in the race."

Nico Rosberg: "I found a good way into qualifying today, had a good Q2, but then I lost the good rhythm at the end, which is a shame. I had to push a lot so I went a bit over the limit. Lewis did a good job today, unfortunately now it’s getting really difficult to win this race. But I will dream tonight of my Barcelona start and hope to have another one tomorrow."

Ferrari
Sebastian Vettel: "I am happy with third place. Today it looked like everybody was struggling to get the tyres to working temperatures – which is funny, because they call them Supersofts – and the Mercedes cars were the ones which probably suffered the least from this problem, so this is why the gap looks bigger. The rain on Thursday didn’t affect us so much, as it was the same for everybody, today’s low temperature probably did not help, but we are not looking for excuses. Tomorrow I will be starting from third on the grid, on the inside line. Everything can happen and I hope to have a good pull-off; it could be possible to jump one of the cars ahead, two is more difficult, but then Lewis, too, should have a good start, otherwise he may be blocking the way. The gap to our contenders is still there, but we have more to win than we have to lose."

Kimi Raikkonen: "I don’t think that the accident of this morning affected my qualifying. My car has been working pretty well so far, apart from the fact that it was hard to get the tires working . You need few good laps to make a time and today in my last run I was too slow behind a Toro Rosso and decided to come in. Today we had the speed but not the chance of doing a clean lap. It was not a very good day and obviously tomorrow we are going to pay a big price. Tomorrow we’ll see what we can do, we’ll try to make a good start and go from there, even if it won’t be easy. Here there is a big chance to remain stuck behind other cars for the whole race and overtaking is really difficult: that’s why the result of today is very disappointing."

Red Bull
Daniel Ricciardo: "I’m a bit frustrated because I think we should be P3. There was a miscommunication from the pit wall starting the last lap and it’s a missed opportunity for us. At Monaco, every grid position counts, but we’re in a good place to attack and we’ll go all out to try for a podium finish in tomorrow’s race. I always enjoy this track and having to fight the car over the kerbs; I’ll try to have a bit of fun tomorrow."

Daniil Kvyat: "It’s a positive qualifying result for the team. But we’re not where we want to be, although we’re making progress and heading in the right direction; we’re in a good position for tomorrow’s race. The rain didn’t affect us too much during quali but we’ll have to wait and see if it’s a factor tomorrow."