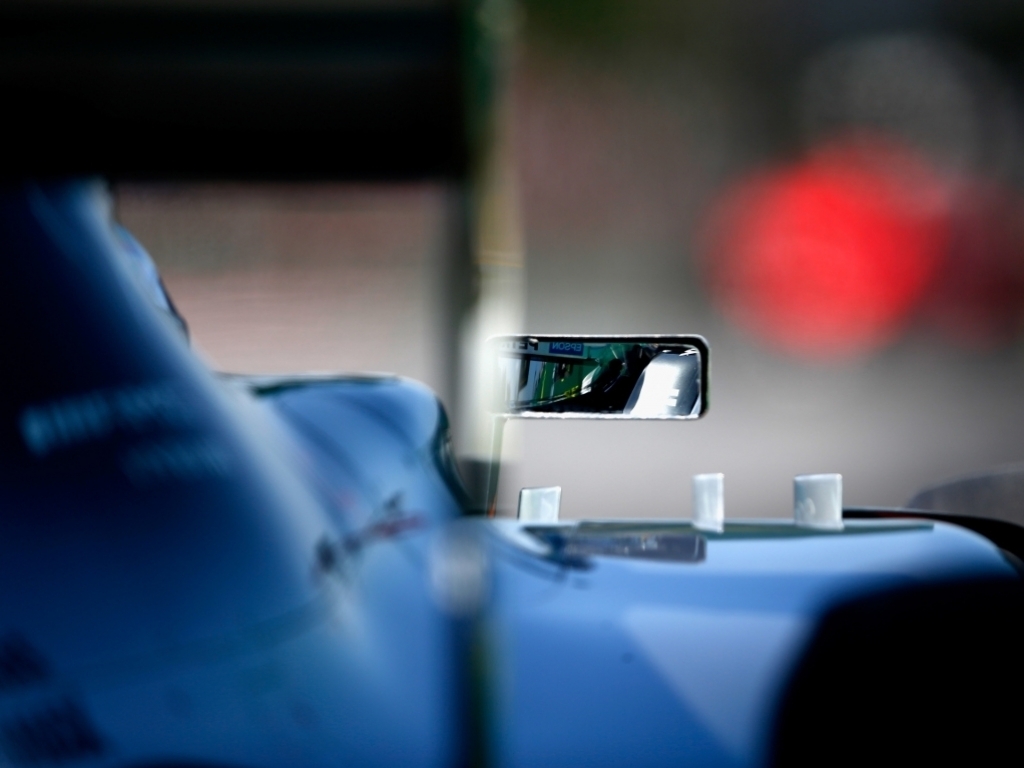 Mercedes:
Lewis Hamilton: "It was quite tricky out there today. I did the best I could – but it wasn’t quite fast enough and Nico did a really good job. I think he’s been a bit more comfortable with the balance than I have so far this weekend. The rear was under-rotating quite a bit today, which means you have oversteer and poor traction, so I lost a lot of time in the middle sector. In the end, P2 isn’t so bad. Of course, being on pole makes life a bit easier but it doesn’t mean you can’t win from elsewhere on the grid. Generally speaking, the outside of the grid is cleaner here so you can usually get a good start from there. The main opportunities to gain places will be the start and the pit stops as it’s hard to overtake but I’ll give my best shot like always. Every race you do, you’re thinking about racing for the Championship and I’ll keep driving the same way I always do. It may not have been the greatest weekend so far but it’s not over yet – tomorrow is where it counts."

Nico Rosberg: "Today was a good day in the office for me. The conditions were really difficult out there but, thanks to the team, we nailed the setup and got it all together. I really feel great in the car this weekend and was able to improve from session to session. So now I hope to have a good start and to control it from there. I’m really looking forward to tomorrow and can’t wait for the race. It’s been a positive start but Sunday is where it really counts…"

Ferrari:
Sebastian Vettel: "It’s not a great place to be behind Nico and Lewis, but I think it’s the maximum we could do today, so I’m happy with qualifying. I think the week end has been a bit rougher compared to the last couple in terms of finding the balance and the feeling with the car: we’ll see what we can do tomorrow. We have improved the car, but the track conditions this week end are a bit tricky: the wind is very gusty, which is throwing the car around plus the tires are potentially a bit too hard and not really working. It seems that Mercedes is struggling less and the gap seems bigger than usual. Tomorrow we can put them under pressure: we’ll see, it’s a long race. Hopefully we’ll come up with a good strategy, we’ve saved one set of new tires for tomorrow as Mercedes did: I’m hoping we can stay with them for a long time. There’s room for improvements, hopefully the conditions tomorrow will come towards us and we’ll be a bit stronger again. We’ll do our best, as always."

Kimi Raikkonen: "So far the weekend has been more difficult than I wanted and today I was still struggling, for some reason my car was sliding around. After a difficult Friday I decided together with the team to go back to the old package because I wanted to make sure it was fine. We knew it would be a risk and it might be difficult but I don’t think that the result would have been as bad as it was today. In Q2 the feeling was pretty ok but then in Q3 it was difficult again, I had not much grip and did a bad lap. It’s one of those weekends in which things keep going a little wrong here and there, and today we also lost one set of Medium tyres because of a burning of a blanket. Tomorrow is another day and the race is a different story, obviously we start in a position that is not ideal, but we have a good package. If we have a good start we can go from there, I’m sure we have the speed to have a good race."

Williams:
Valtteri Bottas: "It's always a good feeling to split the Ferraris. We knew that if we got everything right we could be close and that's what happened. It was pretty much the maximum we could do today. If we can get a good start and get the strategy right, then maybe we can have a repeat of Bahrain and keep one of the Ferraris behind us. We have improved the race pace in the past few weeks but we know Ferrari are still strong on long runs, so it's up to us to do what we can to stay in front."

Felipe Massa: "I’m disappointed because I made a mistake in Turn 3 on my flying lap in Q3, running off the track which lost me a lot of time. I had to use two sets of options in Q2 to make sure that I was safe, so that one timed lap in Q3 had to be it. Without that mistake I could have been in the top five. The car's long run pace looked solid yesterday so provided we get a clean start I should be able to move forwards, so there is still a lot to play for tomorrow with a good amount of points on offer."