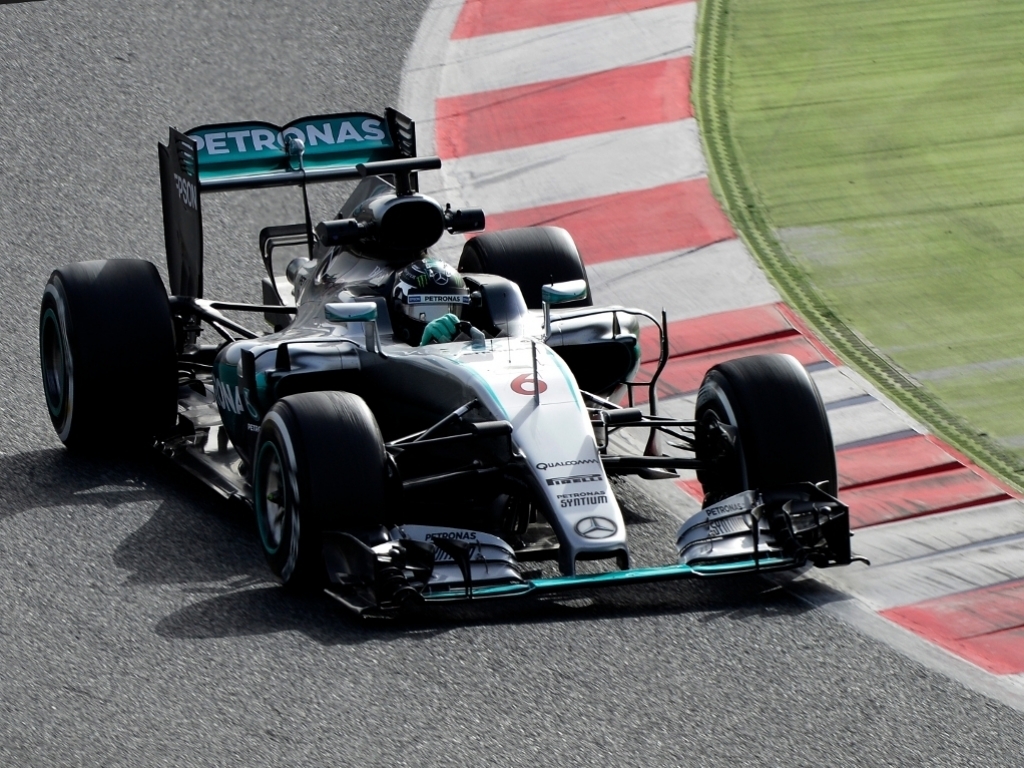 It was yet another pole position for Nico Rosberg and yet another engine issue for Lewis Hamilton in qualifying for the Russian GP.

Mercedes:
Nico Rosberg: “That was a very strong Qualifying session for me behind the wheel today. I found a great rhythm in Q2, then just turned the front wing down a bit for Q3 and the balance was then absolutely perfect. This is a really rare feeling to have out there in the car, so thank you to the guys for making that happen. I was able to really nail the first lap in Q3 and was quite confident that it was quick enough, so I gave it everything and more on the second lap and had a huge lock up, which is why I abandoned that attempt. I’m happy to have another pole – but tomorrow is a long race and a lot can happen. Even if we are looking strong pace-wise, I can never write off my opponents, that’s for sure. They’ve had some bad luck once again this weekend – Sebastian with his gearbox issue and Lewis with his engine again. But we’ve seen in previous races that they are able recover quickly and get through the field from behind. Let’s see what tomorrow brings…”

Lewis Hamilton: “It’s obviously not a great feeling to be on the sidelines again – but that’s life. I knew there was a problem and that it was probably the same failure that I had in China pretty much straight away. I went out for a second run in Q2 to get a feeler lap and felt the same power loss as last time. When it happened in Shanghai it was something we hadn’t seen before and now unfortunately it’s happened again, so we need to understand it. I’ve never been superstitious about these things, though, and I never will be. There’s nothing I can do about it, so I’ll move on and look ahead to the race. I don’t know where I’m going to start yet – we’ll wait to see how that unfolds. But I never give up and I’ll give it all I’ve got to recover whatever I can in the race, like always. It’s not an easy track for overtaking. With the levels of tyre degradation and it being so tough to follow here, it’s not going to be easy to make my way forward. But there are long straights and we’ve got good pace, so if I can keep the car in one piece I’ll be fighting for decent points I’m sure.”

Ferrari:
Sebastian Vettel: “Yesterday we lost some time, but today I think we recovered. Now I’m waiting for the race. I will start seventh which is not where we belong, so we should be quicker than the other cars around and go from there. The car is good, so I am confident for tomorrow. We are not the favorites, but there’s always a chance. I hope not to get it wrong this time. For sure we need to start improving as soon as possible, that’s why we are pushing very hard. We are doing everything we can, we have a new engine here, and I think we are on the right way, but we still see that other people, especially Mercedes, are doing a good job as well. If you want to be the best you need to be ready to tackle the best. I have high confidence, but let’s keep our feet on the ground. It is easy to get overexcited and for sure now we would like to be first, but that’s the nature of the game. We are wisely spending our energy looking at ourselves, trying to make improvements. Time will teach us…”

Kimi Raikkonen: “The whole weekend has been tricky: for whatever reason, I struggled all the time to put one decent lap together. In qualifying it was a bit better, but I was still fighting with the front end in a few places. It could have been good enough for a second or a third place on the grid, but on my last lap I completely missed the last corner and slid away. Obviously I’m a disappointed with what happened, but considering how difficult it has been, this result it’s not ideal but it’s better than nothing. At least we are in third place at the start, we’ll see what happens tomorrow, I think in the race it’s going to be better.”

Williams:
Valtteri Bottas: “I’m very pleased with our qualifying performance; it was the maximum result I think we could have achieved, and my lap in Q3 was very good. It now puts us in a very good position for the race and we need to focus on turning a good qualifying, into a good race performance. This is a track that I really like and normally do well at, and it’s a track that suits our car. The new parts we have introduced are helping us, so the team at the factory and track have done a good job in improving the car. We have some fast cars starting behind us which will make the race difficult, but a podium will be the target.”

Felipe Massa: “It was a good qualifying for us as starting P2 and P4 is positive. We were a bit lucky with the penalties for Ferrari and Mercedes but I think it was definitely a good session. We just need to concentrate to have a good race tomorrow. Anything is possible and it’s probably the best track for us so far this season, so we’ll try and put everything together in the race.”

Red Bull:
Daniel Ricciardo: “We gained one position with Seb’s penalty so to start 5th is not bad and we are about a tenth off Felipe so it’s close. The track makes it hard to put a lap together, the grip comes and goes so it’s not easy to put all the sectors together but generally I’m happy. We are obviously a long way off the Mercedes but we expected that so if we can race the Williams tomorrow that would be good. We don’t have much of an advantage here because it’s a one stop, everyone is able to push on the tyres and it will be flat out for a majority of the race therefore we are not able to do much with strategy. If we finish in the top five, that would be a very good result for us. There is a lot of fan support here for Dany, which is really nice to see, the atmosphere is good.”

Daniil Kvyat: “Our lap times during the whole session today were consistent which is good. I thought we could find something extra for Q3 but unfortunately we didn’t have time to do our warm up lap, so I had to go straight to the push lap with slightly cold tyres. That left us with understeer and costs us a couple of tenths. But I am generally happy with qualifying at this track which is challenging for us. The tyre life here is quite long and this will help Williams as they look strong on this track, we knew that would be the case and I don’t expect the situation to change too much in the race. This track is not the strongest for us but we will try and bring some points home.”