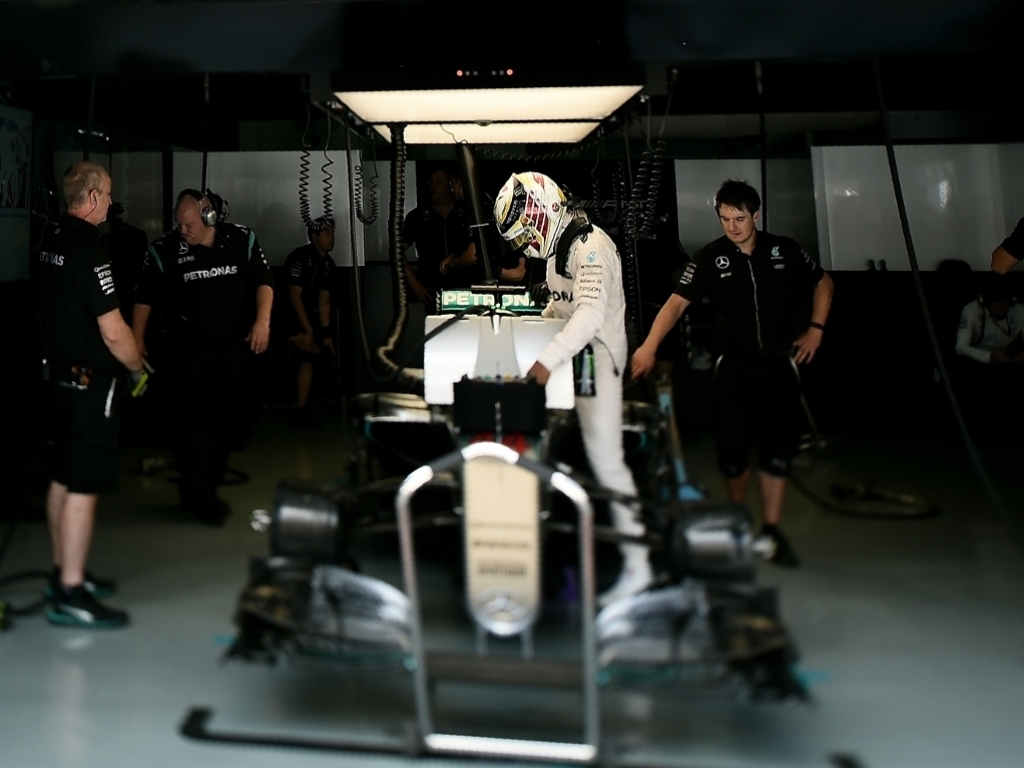 Lewis Hamilton dominated Saturday’s action and grabbed pole position ahead of the Malaysian Grand Prix, while his team-mate Nico Rosberg recovered after an underwhelming lap in Q3 to claim P2.

Mercedes:
Lewis Hamilton: “It feels great. I’m incredibly grateful for the car being where it is. The guys have done a great job for us to have such performance this weekend. To be able to extract it from the car is the thing I’m really happy about. It’s been night and day in comparison to Singapore. Of the laps I had there, I only really got a few of them together. Here, though, we’ve had lots of mileage, I’ve been able to build through the sessions and I felt really comfortable in the car. Again, great work from the guys in the garage – just like they have been doing all year. My final qualifying lap was the first lockup I’d had all weekend into Turn 1, so there was more time out there. It’s a shame I didn’t get to show it but I still got pole and it’s looking good for tomorrow. I’ve been here since last Saturday, so I’ve been able to prepare really well and I’ve been pretty quick all weekend. I’ve had incredible support ever since I arrived here in Malaysia from the people here – and from everyone else around the world too, as always. I want this just as badly as they do, so hopefully we’ll see it through tomorrow. It’s too soon to say how the race will go. When I’m on top of it like I have been this weekend, it generally goes my way on a Sunday. Let’s hope that pattern continues.”

Nico Rosberg: “Congrats to Lewis for the pole. He did a better job today. I was closer to him on my last lap but then I lost a couple of tenths in the last corner, which was a pity. I can be happy with a front row start as we have seen this year that there are some opportunities at the start and qualifying is not quite so important anymore – especially at a track like this where you can overtake. So, overall I’m quite confident for tomorrow. I hope we can give our Malaysian friends from Petronas and the whole country a great race.”

Red Bull:
Max Verstappen: “I thought it was going to be a tough race for us before we came here. Now it seems like the balance of the car is there, the long runs seem good and we have improved our short run pace a lot. We were pretty close to the Mercedes on the front row and I’m really enjoying the new surface here, the car is working very well on it. For both of us to be on the second row, in front of Ferrari, means we can be very pleased with today’s work. Out of the past three or four races this has been my best long run pace on a Friday, we haven’t changed much on the car so it should be similar tomorrow. After Singapore I talked with the team and we changed some things on the car and it seems to have worked, hopefully we can keep improving in this way. We have made some changes to the clutch so we shall see if it has improved tomorrow, so far everything looks positive. The set up feels really good here and we will no doubt check everything tonight to make sure we are in the best position possible on race day.”

Daniel Ricciardo: “It was quite an exciting quali session and my lap was pretty clean. I pushed quite a bit in the first two sectors; I think I got more out of the tyres compared to the last sector where I struggled for traction and lost a little bit of time. From where we were yesterday, I am pretty happy. We made quite a few changes overnight and they definitely helped me out today, so I was feeling a lot more comfortable in the car. Our race pace is looking good too as we saw from Max’s sessions yesterday. We should have a nice battle for the podium tomorrow and we’ll try to stay ahead of the Ferraris. They are normally pretty good on their tyres here but we have an extra set of soft tyres for the race which should work well for us. As a team we are pumped to lock out the second row at this circuit and we should have a good race on our hands for tomorrow.”

Ferrari: “We expected it to be tight, but we thought that we could have the upper hand in the end. So I am disappointed to see both Red Bulls in front of us, but they were just a bit quicker. There was not a lot missing, but just enough, just over a tenth. We need to have a look into our data and see if we can pick it up later… In the end, we were hoping to be one row higher up, so in second, right behind the Mercedes. But for the race, nervertheless, we should have a good speed: the strategy will also be important tomorrow. There is a bit of room for manoeuvre, as everybody has to use the harder tyre, which might make it interesting. And then there is also the fact that we are in Malaysia, so there might be some rain, or just the heat as a factor.”

Kimi Raikkonen: “It was a pretty smooth running until the last try: then I had some traffic on the out lap and struggled with the tyres to make them work in the first two corners, so I ran a bit wide. It was a decent qualifying session but it’s painful when you have such a bad last try. The handling of the car has been pretty ok and I was hoping for a bit more, but tomorrow we’ll try to do better. We don’t know what will happen and obviously we are not in the ideal starting position. The tarmac is new so it’s hard to say where it’s going to go and which tyre will be the best, it will be a lot down to the conditions. We have to do our own best and see what that brings in the race.”