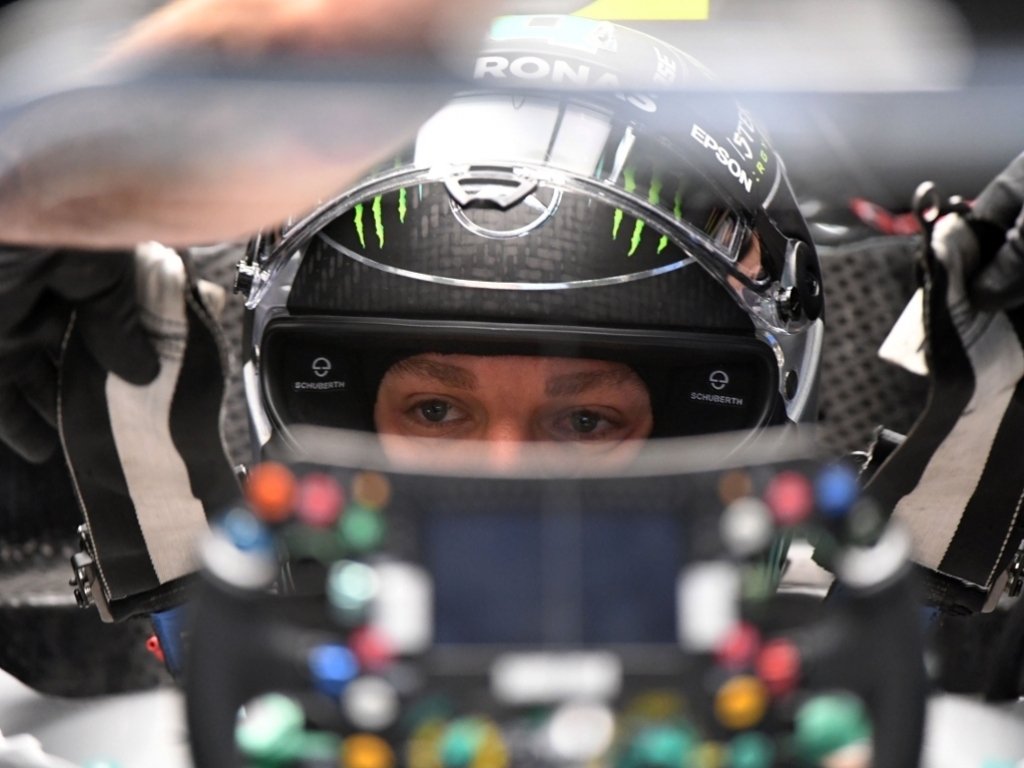 Nico Rosberg claimed pole position, while Lewis Hamilton starts at the back of the grid. Daniel RIcciardo surprised everyone, qualifying in P2.

Mercedes:
Nico Rosberg: “It’s great to have my first pole of the year. It’s always best to be able to start your race from the front and I’m very happy to have that opportunity again. Of course, it’s not good that Lewis’ car broke down and a shame that we couldn’t battle for pole. We definitely need to investigate this as a team but, in any case, I’m sure he will fight his way through the field tomorrow. I made a few mistakes on my first effort in Q3 but my final lap was pretty good. Saying that, Kimi said he made a mistake on his last lap, so with that in consideration I don’t believe the gap is as big as it seemed on the timesheet today. On Friday the Ferraris were on the same level as us, so we must be prepared for a strong challenge from the red cars. In the race we could see some surprises. There will be a lot of different strategies, so there’s a long way to go yet. But I’m feeling good in the car and looking forward to a battle.”

Lewis Hamilton: “Of course, it’s disappointing not to get out there today. It was going to be a tough weekend anyway with the grid penalty. But these things are sent to try us. No-one wants it easy – at least I know I don’t. We might be in the mud right now – but we’ll dig our way out. We’ve got a great car and the team are doing a great job. There are areas we can improve but it’s still early in the season and I know we’ll get there. It’s important that nobody lets their head drop. The best thing we can do is learn from it and move on. I’m sure the guys are just as gutted as I am – but what will be, will be. We win and lose together, so we’ll work hard to figure out what happened and try to make sure it doesn’t happen again. The positive news is that you can overtake here and the car is quick, so hopefully we can get it fixed for tomorrow and have a good race. I’ve been in this position before. I came from the back of the grid to the podium in Hungary two years ago, so anything is possible. The tyres don’t last as well here, so it’s perhaps not as simple as it was in that race. But, of course, I’ll give it everything I’ve got to try to get back up as far as I can. We’ll at least get into the points and then I’ll see what I can do from there. It’s never over until it’s over…”

Red Bull:
Daniel Ricciardo: “Compared to last year we’ve certainly got a bit more from the power unit. We’ve seen the trend in the first couple of races and the deficit hasn’t been as big as last year on the straights but I didn’t expect to be standing here unless it was a wet qualifying. To be front row in the dry is pretty cool. A few people joked saying it’s the haircut so maybe that’s what it is: aerodynamic. The positive is that Nico’s on the Soft and we’re obviously starting on the Super Soft, so the start should be interesting. Hopefully we’ll battle the Ferraris for the podium. New or old qualifying system, we seem to be competitive so that’s nice.”

Daniel Kvyat: “I’m quite happy with today’s qualifying, P6 is my best qualifying so far this season and I think we have found our rhythm. I think what cost us a little bit of time is I did my best lap on scrubbed set of Options, so I think there is a little more time to be found there. Daniel did a good lap to qualify P2, it’s a good result for the team. It should be an interesting race tomorrow, hopefully we can fight for a podium, but we will see what the race brings.”

Ferrari:
Kimi Raikkonen: “It’s more of a disappointment than anything else: today we had the chance of getting a better result. I don’t know if pole position could have been possible, but for sure we could have easily been second fastest. In the second last corner I ran wide and lost a lot of time. The position could have been much worse after that mistake, but we still have third place, which is not such a bad starting point for the race. It’s hard to predict what will happen tomorrow, it will depend on so many factors, the weather and the different tactics from the teams. In the race things are different: we’ll try to do our maximum, be the fastest and see where it brings.”

Sebastian Vettel: “I don’t think I deserved to be in the top three today. We saved tyres, so we start tomorrow on supersofts. I thought I could make it in the last lap, but my only run wasn’t special overall. I asked too much from my tyres already at the beginning and then I did a couple of small mistakes here and there, which cost me a lot of lap time. So in the end my run was not so good, but this is how it is and we can’t change it now. All in all, I think it has been a good weekend for us so far, and I think tomorrow it can be even better. Race strategies are different from one team to another, which is interesting. Maybe we can have already a shoot at the start, the one we had in Australia was very good so perhaps we can repeat it. Our target is to go forward from where we are…”

Williams:
Valteri Bottas: “It was a good qualifying for me, and as a team I think fifth was the maximum position. It felt great to do the lap on my second run in Q3, it was clearly my best lap of the weekend, so that was a good feeling. It’s always nice to finish qualifying knowing you’ve made the most out of it and as a team I think we are in a good position for tomorrow.”

Felipe Massa: “That’s not the position I wanted to have. I was a little bit unlucky with the red flag, but tomorrow in the race you never know. We have to try and do the best we can. I hope choosing the right tyres will have a positive effect, we will see tomorrow, but I’m not really happy with my position.”